China’s rail network is one of the largest and busiest in the world. Traditionally, the main train stations are located in the center of the city or town. With the development of high-speed railways, most newly-built railway stations for bullet trains are far from the city center. Since there are more than one train stations in many cities, please double check the train ticket and make sure you know which station your train leaves from.

Here is a list of China railway stations in major cities, where you can take a train to Tibet and other regions of China, and the main train stations along the Qinghai Tibet railway. 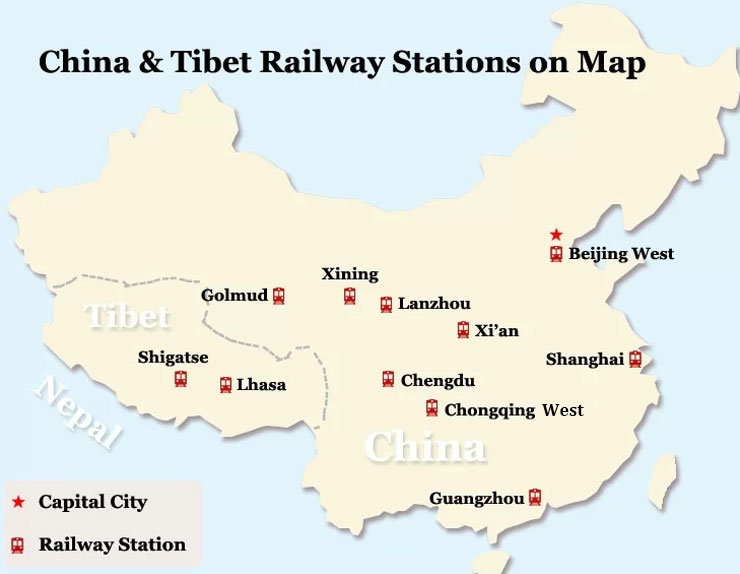 Trains stations in Beijing, Xian, Shanghai, Guangzhou, Chongqing and Chengdu are always served as the important railway junctions with easy access to other parts of China, and Lanzhou and Xining are the important gateways to connect the northern China. Among those railway stations, there are eight major railway stations in those major cities operate trains to / from Lhasa.