* The ticket price is just for reference. Please contact us for exact price on your departure date.

* Since Golmud Lhasa is one of the most popular train routes to Tibet, it is suggested to make your reservation as soon as possible.

Golmud, or Geermu, is a city on the Qinghai-Tibet Railway to the west of Xining, in Qinghai Province. It is the start of the climb from lower elevation Golmud to the high altitude Qinghai-Tibetan Plateau, the Tanggula Pass. It is also one of the main stations along the 1,956km-long railway from Xining to Lhasa. There is no direct train starting from Golmud to Lhasa, so passengers alighting there must catch one of the trains passing through. Trains travel to Lhasa from seven cities in China, the main station being the starting point of the Qinghai-Tibet Railway in Xining. Passengers from Golmud can board any of the trains that stop at Golmud station, as long as there are seats available.

1. Timetable and schedule are just for reference. When you make an early reservation, please contact us for more details.

2. If no trains depart on your preferred date, you can choose to take a flight from Golmud to Lhasa or wait for the next day.

Why Take Tibet Train from Golmud?

Golmud is a city built around the mining industry. Mining for natural resources such as salt and magnesium is the main industry in the area, and the city offers little in the way of tourism. However, it has some spectacular natural features that make it worth a visit.

Just 60km to the northeast of the city lies Qarhan Salt Lake, the largest inland salt lake in the world, with an area of 5,856 square kilometers, and to the east lies Qinghai Lake. The area is rich in wildlife, and an ideal place to enjoy the landscape of the region.

The Kunlun Mountains lie to the south, their snow-capped peaks clearly visible from the city, and the Kekexili National Nature Reserve is to the southwest. The reserve covers an area of around 45,000 square kilometers and is set to become the newest UNESCO world heritage site in 2017.

It encompasses China's largest area of uninhabited land and has an average elevation of 4,600 meters. This remote nature reserve is home to over 200 species of wild animals, many of which are now endangered species, such as the Tibetan antelope.

Besides, Golmud is rich in water resources, and the headstream of Yangtze River is just originated from the glacier on the southwest side of the Geladandong ice peak in outskirts of the city.

While this remote, uninhabited area is barren and harsh, it is one of the most amazing landscapes in the world.

What’s the difference between the Soft Sleeper and the Hard Sleeper? 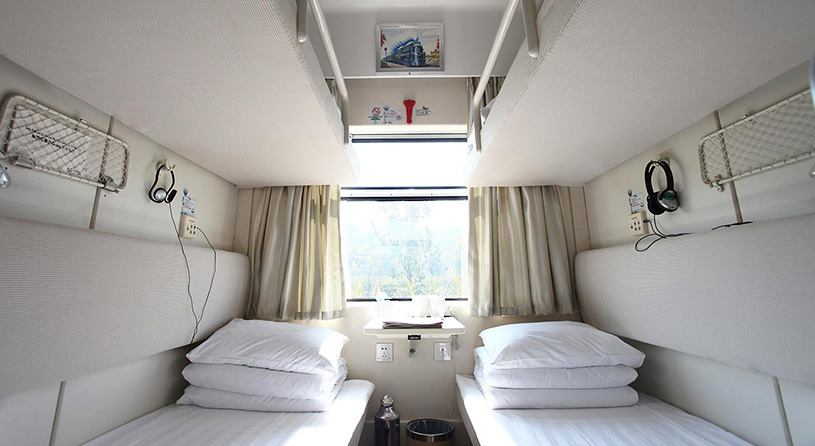 Soft sleeper on Tibet train is provided with 4 berths in each cabin.

How to Book the Golmud Lhasa Train Ticket?

The most convenient and worry-free way to get your Golmud Tibet train ticket is to book the ticket online with us. Specialized in Tibet train tour, we will get your ticket in time, as well as arrange the best lifetime train journey to Tibet for you.

How to Collect the Golmud Lhasa Train Ticket?

If you book your train ticket with us, in some case, we will send the train ticket to your address in mainland China or our local staff will give the ticket to you at the railway station. In other cases, we will give you a booking number so you can collect your ticket at the train station yourself, by showing them the booking number, your passport, and Tibet travel permit.

Please arrive at your railway station at least two hours before the departure of the train, so that you can have enough time to collect your train ticket.

Get Your Tibet Travel Permit in Advance! 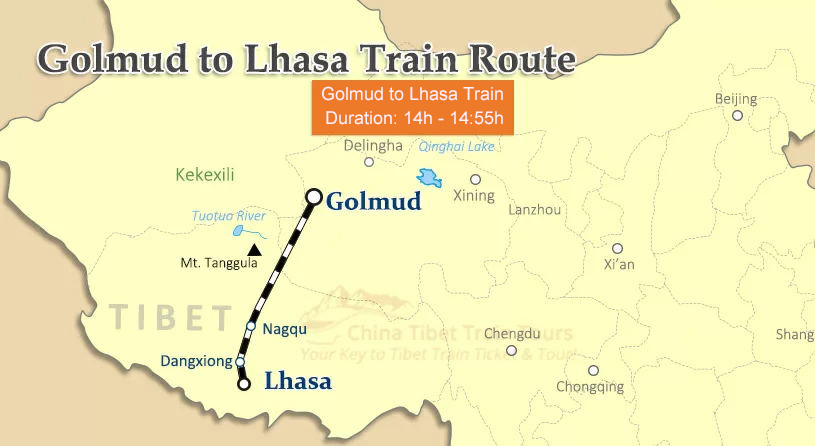 View changes quite a lot outside the window after the train leaves Golmud station and heads for Lhasa. From Golmud, the most beautiful on-the-way scenery gets started. Looking afar into distance, you may get excited and find the train is running just by the Qinghai Lake. The sparkling lake surface, fields of rape flowers and the expansive landscapes will definitely leave you a great impression and become expectant to the surprises this wonderful train journey will provide.

From Golmud, the train begins to make a steep climb until it reaches to the Kunlun Mountain Range at the provincial border of Qinghai and Tibet on the Plateau, ascending all passengers to the Mountain Pass which is 4,772 meters above the sea level. The terrain levels out a bit and gets a slight elevation drop before it continues to start its second climb to the world’s highest railway station, the Tanggula station.

Built far isolated from any big cities on the altitude of 5,231 meters, Tanggula Station is never a station for a longer stay. The tundra chilliness drives away almost all the living things and the expansive landscapes with endless bleakness and the rounded snow-clad mountain peaks are really stunning when sighted from your comfortable soft sleeper cabin on the train.

Despite there is a viewing point at the station, due to the high altitude and thin air, trains seldom make a temporary stop at Tanggula station, rather it starts to speed for Lhasa with a stable and continuous downhill after passing by the Station.

1. If it is at night when your train is passing by Tanggula Railway Station, and you can hardly see the views outside, you can resort to the altitude indicator on the train to get know your place.

2. Don't get too excited when the train is crossing the world's highest railway station. Failing to control your emotions may let you suffer from mild altitude sickness, which makes you have no mood appreciating the large grassland with yaks, sheep, and nomads when the day breaks in the early morning.

The train is heading directly to Lhasa after passing Nagqu railway station. Along this section, the train is passing closely by the stunning Namtso Lake and speeding among Nyenchen Tanglha Mountains. You can find expensive prairies, local houses, and residents. Follow the Lhasa valley, the train eventually finds its way down to Lhasa railway station.

Can we get off the train at a certain station and then get onboard another train to Tibet after one or two days with the same ticket?

No, you’d better not to do that. If you want to spend some days in other cities along the railway before arriving in Lhasa, you need to buy different train tickets for different sections.

You can get off the train to stretch your legs or buy some local snacks at the platform when the train makes a temporary stop at certain stations. But you need to get back to the train in time before it leaves. Generally, it only makes a stop for a few minutes at each station.

Is there any sharp altitude change along the Golmud Lhasa Railway? Is it possible for the old or the young to board the train from Golmud to Lhasa?

It is common knowledge that spending a day or two at lower intermediate altitudes of around 2,500 to 3,000 meters can help with reducing the risk of altitude sickness once you arrive in Tibet.

The train, however, is actually no much difference to a flight when it comes to reducing the risk of altitude sickness in Lhasa. Flights are pressurized so that the cabin pressure of an aircraft is always that of the barometric pressure at sea level. So, when you get off the flight in Lhasa, the change in air pressure and the reduced oxygen content of the air means that there is a risk of feeling the symptoms of altitude sickness, due mainly to the drastic change in air pressure.

The trains to Tibet all have the oxygen supply system to pump oxygen into the cars, as well as having oxygen outlets for personal use if you are feeling a little sick during the trip. The oxygen pumps start at Golmud, as the train starts its steep climb to the plateau, reaching more than 5,000 meters within just a few hours. The oxygen pumped into the train means that the oxygen content of the air is close to that of sea level, almost the same as that of an aircraft.

If you are traveling by train, and want to acclimatize a little before reaching Lhasa, the best option is to stop for a day or two in Xining, at an altitude of around 2,275 meters, which is an ideal elevation in which to acclimatize before heading on to Lhasa. While there is no guarantee that you will not get altitude sickness once in Lhasa, the stop in Xining can help to reduce the risk of feeling the symptoms.

Don’t worry about the altitude sickness onboard. There are two kinds of oxygen supply systems on each train to Tibet, which will pump the oxygen to the air during the section between Golmud and Lhasa.

Also, there is a doctor on each train. If you feel uncomfortable, please ask them for help, or contact your 1-on-1 travel consultant immediately. 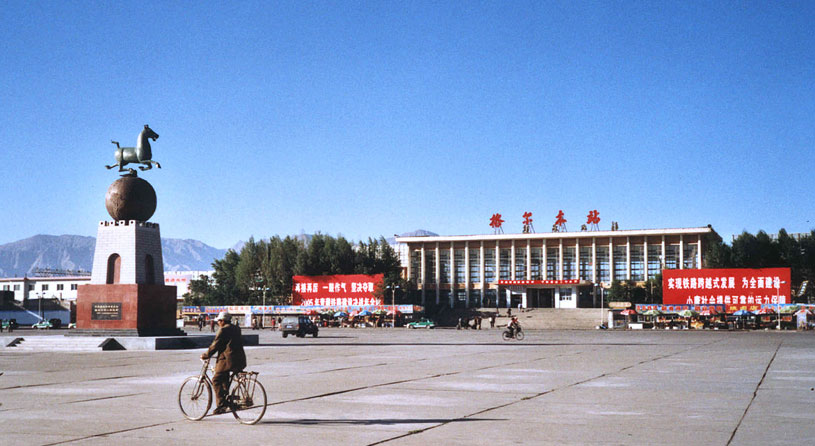 Golmud Station is one of the stations on the Qinghai-Tibet Railway, and a brief stopping point for all the trains traveling to Tibet. After passing Golmud, the trains climb from 2,780 meters to over 4,000 meters within 100km, going up to the Kunlun Mountains. Golmud is the point where most trains will start supplying additional oxygen to the carriages, as they climb to the dizzying heights of the Qinghai-Tibetan Plateau.

Situated to the south of the city, the station is a modern building, completed in 1979, and is convenient for travelers coming from the city to get to. Taxis from downtown to the station only cost the initial rate, and there are a few local buses that pass by the station.

While all the trains stop at Golmud - and there are 17 trains that pass through each day - passengers to Lhasa may not get off there and catch a later train. If the city is not the arrival city listed on your ticket, you will not be recommended to leave the station, so if you want to visit, you need to get a ticket direct to Golmud. 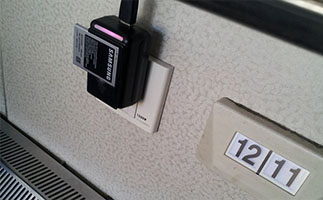 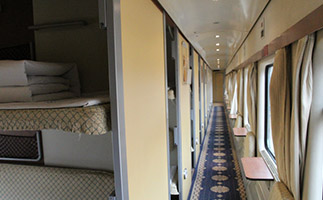 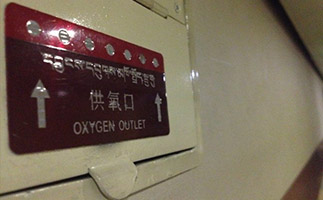 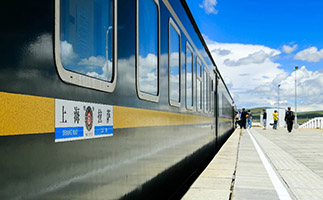 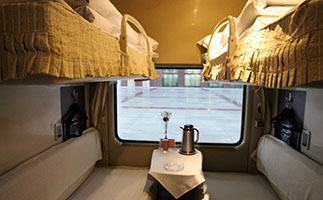 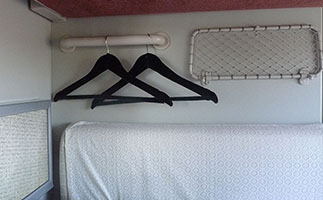 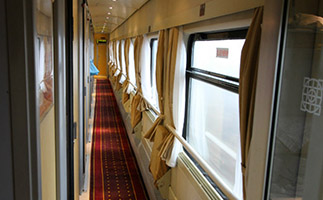 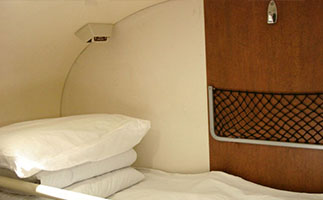 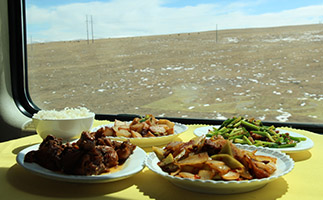 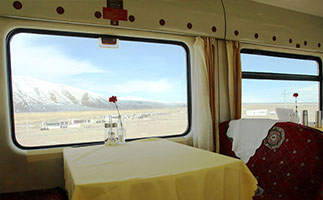 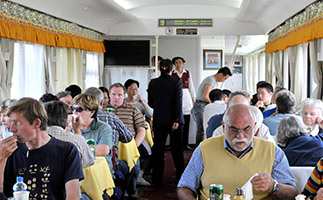 Get travel ideas from our popular Golmud Tibet Tours by train. No matter what you want to exprience - a classic trip to Lhasa, a lifetime camping at the Everest Base Camp, or the holy kora around Mount Kailash, you can find something suitable for you here. Today, coming and starting your Tibet tour with us, you will lose a chance to regret.