Golmud Railway Station (or Geermu Railway Station) is the main railway station of Golmud city in Qinghai province. At 2829 m above sea level, the station plays a particularly important role in the whole line of Qinghai-Tibet Railway. The station is located about 814 km from Xining, the starting point of Qinghai-Tibet Railway, and about 1150 km from Lhasa, where all trains to Tibet end.

All Tibet trains will start to supply oxygen after passing Golmud and will stop for 25 minutes at Golmud Railway Station. This is mainly because the train will quickly climb up to 4000m to enter the Kunlun Mountains after leaving Golmud, while the rail line from Xining to Golmud (the first 1/3 part of Qinghai-Tibet Railway) lies in Qaidam Basin, at an average altitude of about 3000 m, with adequate oxygen content. Once passing through Kunlun and Tanggula Mountains, the train officially enter the region of Tibet. And it will further take nearly 14 hours to arrive at Lhasa Railway Station from Golmud.

As a foreign traveler ready to take the Tibet train from Golmud Railway Station, you need to first obtain the Tibet Travel Permit, which is required to get your Tibet train ticket. If you have booked your ticket online, you will need to collect your ticket with the Tibet Travel Permit, your passport, as well as the booking number. Since the Golmud Station is a small one with fewer ticket windows, and you may find few staff there able to speak English. To save from the trouble, you can get your Tibet train ticket through us. We can help you to get the ticket on behalf of you, and further provide the service of Tibet Travel Permit application at the same time.

Although there is no direct train starting from Golmud to Lhasa, all trains to Tibet will stop over at Golmud Train Station. For some trains run every other day, there are about 4-5 trains from Golmud and Lhasa. All trains to Lhasa begins to supply oxygen from Golmud Railway Station, while it is still suggested to make some preparation to avoid high altitude sickness in advance. 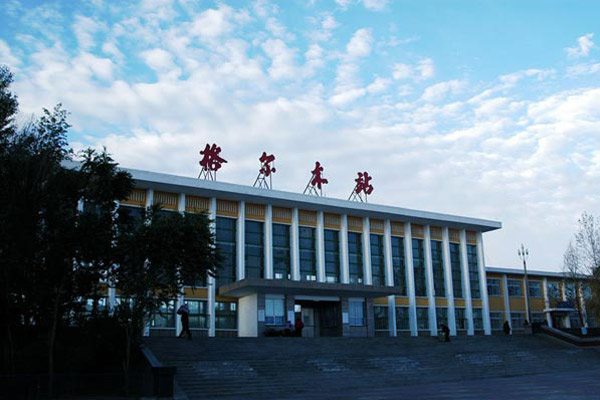 All trains to Tibet will stop over at Golmud Train Station and begin to supply oxygen from there.

Schedule for Golmud to Lhasa Train in 2020

Note:
1.The timetable and schedule of Golmud to Lhasa train above are just for reference. When you make early reservation, please contact us for more details.
2.Since it is difficult to buy train tickets to Tibet in peak season, it is better to book your Tibet train tickets in advance.

The straight-line distance between Golmud and Xining is about 600 kilometers, and the rail line distance is 814 kilometers. Tibet tours from Xining usually departs at noon or in the afternoon, and arrives at Golmud Railway Station at night, completing one third of the whole Qingzang Railway line. 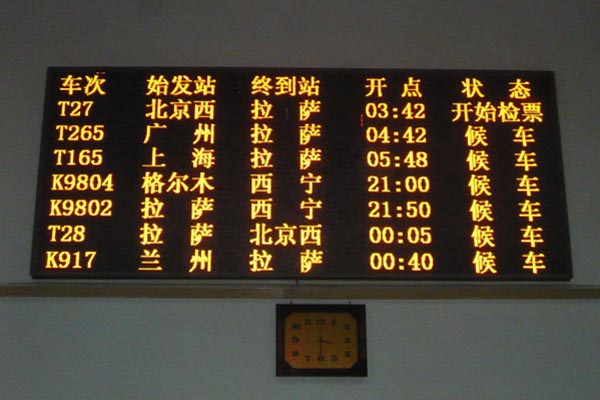 The train schedules are shown on the LED screem on the wall in the waiting hall of Golmud Railway Station.

Schedule for Golmud to Xining Train in 2020

Note:
The timetable and schedule above are just for reference. When you make early reservation, please contact us for more details.

Trains from Golmud to Dunhuang

Recently, there are no direct trains running from Golmud to Dunhuang. The Golmud-Dunhuang Railway, between Golmud, Qinghai and Dunhuang, Gansu, is a high-speed railway under construction. The beginning of the construction was announced in October 2013 and is expected to finish in 2019.

Can I Break My Train Journey to Lhasa at Golmud Railway Station?

Situated in the hinterland of the Qinghai-Tibet Plateau, Golmud is the second largest city in Qinghai province. The city is provided with unique natural landscapes such as the Qarhan Slake Lake, Yangtze River source, Snowy Kunlun Mountains, Desert Forest etc., making it an ideal place to appreciate the plateau scenery and wildlife activities. Owing to the opening of the Qinghai-Tibet Railway, the city of Golmud becomes known to more and more tourists. 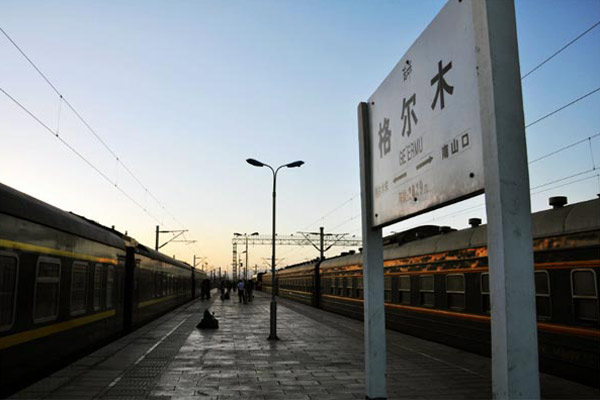 If Golmud is not the arrival city on your ticket then you only have about 25 minutes to take a break at Golmud Railway Station.

Some tourists travelling to Tibet by train may wonder whether they can break their journey at Golmud Railway Station, to enjoy a sightseeing of Golmud city, before returning for the train to Lhasa. As a matter of fact, trains to Lhasa will stop at Golmud Railway Station for about 25 minutes and you can get off the train for fresh air. But you need to get back on the train before its leaving. If Golmud is not the arrival city on your ticket, you cannot leave the railway station. So, if you want to visit the attractions around Golmud city, you need to first buy the train ticket to Golmud.

How to Get to Golmud Railway Station from Downtown?

The station is located at the south of Golmud city, and it is quite convenient for tourists to go to the railway station from downtown area. The Bus No. 1 can take you to the train station and the ticket fare is 1 RMB per person. Besides, all taxies in Golmud city are uniformly colored in green, with the initiate fare of 5 RMB.

How Far is Qarhan Salt Lake from Golmud Railway Station?

The Qarhan Salt Lake is located in the southern part of the Qaidam Basin, 60 km from Golmud city. It is the largest saline lake in China and one of the most famous inland salt lakes in the world, with the Qinghai-Tibet Railway traversing through. A Salt Lake museum will be seen in the plant area, showing the formation history and mining process of Qarhan Salt Lake. Both sides of the lake are overspread with white salt crystals, and the lake water is transparent and green. It is a prefect area for photography, especially when surrounding scenery, blue sky and white clouds are reflected in the lake on a sunny day.

There are trains running to Qarhan from Golmud, departing every morning at 9:00. The train fare is about 8.5 RMB. However, the Qarhan Railway Station is far away from the Salt Lake, not so convenient for the transfer. So, tourists can take the shuttle bus, which parks in the east side of Kunlun Square in Golmud City. The shuttle buses usually leave every one hour in the daytime and the fare is about 15 to 20 RMB. Besides, the taxi is also an option, which can directly take tourists to the Salt Lake museum.

0 Comment ON "Golmud Railway Station Guide: How to Take Tibet Trains from Golmud "