ChinaTibetTrain is specialized in Tibet tours by Train from Beijing, Shanghai, Chengdu, Xining, etc via the world highest Qinghai-Tibet Railway. Once you decide to take a trip to the holy land Tibet, taking the Lhasa Express train will add more interests to your lifetime Tibet tour. All of our Tibet Train Tour packages include the train ticket to/from Lhasa. The following itineraries are the most popular train tours to Tibet. You can also contact us to customize your own Tibet train tour according to your requirements. 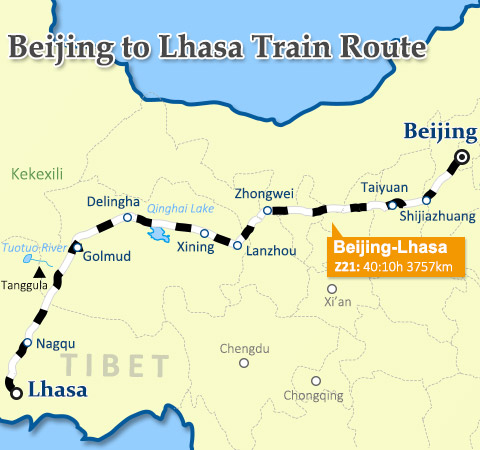 If you are planning to travel Tibet from Shanghai and interested in a Tibet train journey, we highly recommend our Tibet tours from Shanghai by train. All of the itineraries are specially designed by local travel experts, with the most essential parts of Tibet as well as an unforgettable train journey on the Shanghai to Lhasa train. 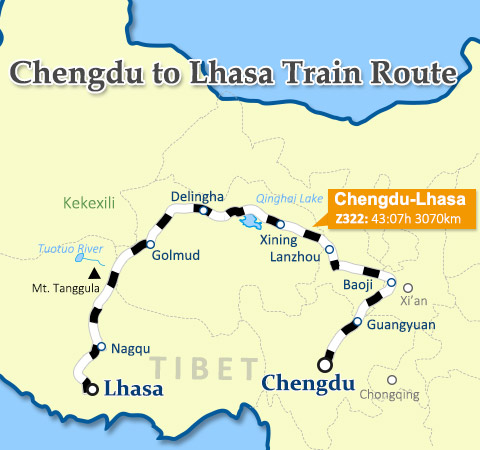 Taking a Tibet tour from Chengdu is one of the most popular travel routes for both domestic and foreign travelers. As the most important gateway to enter Tibet, Chengdu offers the most frequent flights to Tibet airports in Lhasa, Nyingchi and Shigatse. And the scheduled train from Chengdu to Lhasa departs every other day, which takes a 42 hours’ train journey along Qinghai-Tibet railway, the world’s highest railway. 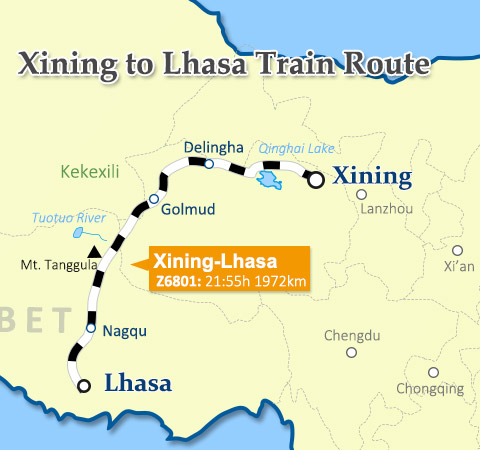 As the start of Qinghai-Tibet railway, Xining is always popular with travelers who want to tour Tibet with a train ride to Lhasa. Compared with other popular cities with trains to Tibet, such as Beijing, Shanghai, Guangzhou and Chengdu, Xining provides the shortest train ride to Lhasa with all the essence of Qinghai-Tibet railway for it is the beginning of the world’s highest railway. 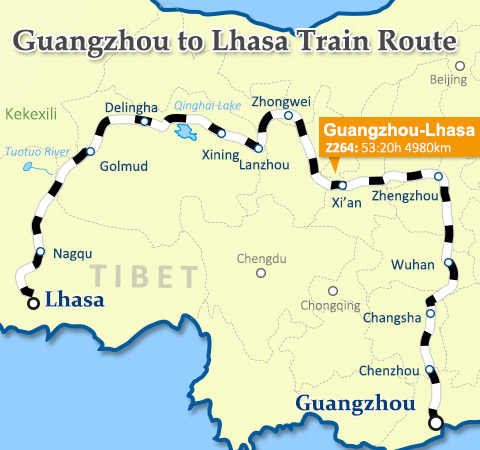 Sitting next to Hong Kong and Macao, Guangzhou has always been a popular gateway for foreign visitors to get to Tibet. As a thriving metropolis, Guangzhou also houses numerous iconic tourist attractions. After touring Guangzhou for the first two days, you can take Guangzhou Lhasa train to Tibet. The whole Tibet train trip from Guangzhou would take you around 53 hours to cross the mainland China to get to Lhasa City. And the stunning scenery along Qinghai-Tibet Railway must be a grand feast for your eyes. 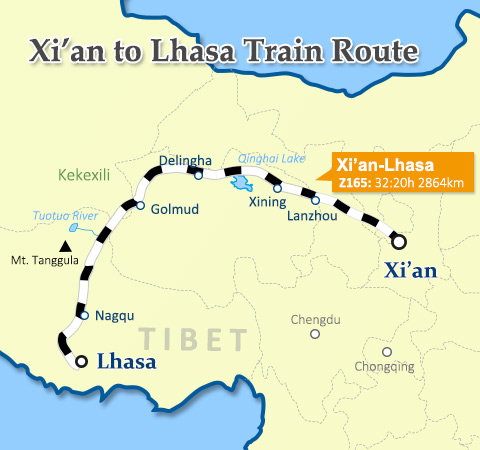 Taking a Tibet train tour from Xi’an is one of the most popular routes for tourists from all over the world. As one of the most important cities in Chinese history, Xi’an has lots of cultural relics for you to explore, like Terracotta Warriors, the Ancient City Wall, etc. After touring Xi’an for two days, you can take trains originating from Shanghai or Guangzhou to Lhasa. The whole Xi’an-Lhasa train journey would take you 31hrs to enjoy the essence of Qinghai-Tibet Railway. 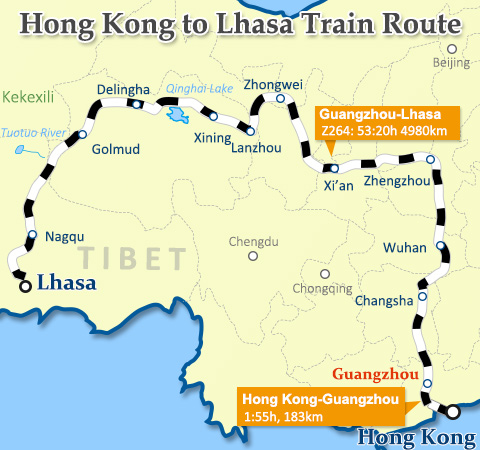 Lying on the Pearl River Delta, Hong Kong is an easy access for foreign tourists to get to Tibet from any country in the world. Since there is no train running directly from Hong Kong to Lhasa, most tourists would like to take the train from Kowloon to Guangzhou first and then change the Tibet train from Guangzhou to Lhasa. The whole Hong Kong-Guangzhou-Tibet train journey would take you around 55 hours to traverse the huge part of China till reaching the holy Lhasa City.

Free yourself from intricate tour planning. Either by train or flight to Tibet, we will be expecting you with spinning prayer flags. Just give us your rough idea; we are ready to bring you the best of Tibet.