The Qingzang Railway is the highest railway in the world, and the only rail link from China to Tibet. It spans an enormous 1,956 kilometers from Xining, in Qinghai Province, to Lhasa, in Tibet. This amazing railway line crosses high mountains and flat prairies, passing close by some of the world’s largest lakes as it streaks across the flat, open grasslands. 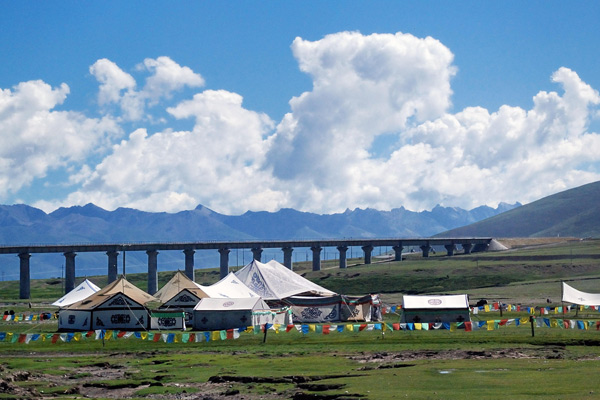 While the journey on the train has more than its share of spectacular sights, there is nothing more thrilling than the sight of the nomadic herdsmen of Tibet, grazing their herds of yaks, sheep, and goats close to the railway tracks. Sometimes, so close that you can see the faces of the nomads as the train whips past. 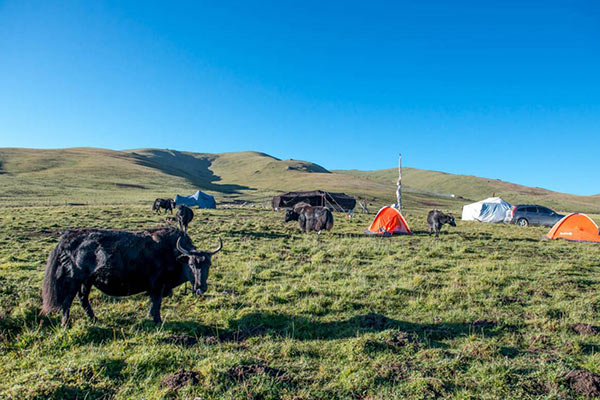 These nomads have been living their traditional lifestyle for thousands of years on the plateau, and spread from western China all the way to Nepal and India. The Changtang Grasslands, which cover the northern and northwestern parts of Tibet, are home to around two million nomads, who prefer their traditional way of life to living in houses made of brick.

History of the Nomads

Perhaps the most important characteristics of the Tibetan nomads are their harmonious relationships between each other, and with their livestock and the environment. Resources on the Tibetan Plateau are limited, and the nomads make use of everything available to survive. 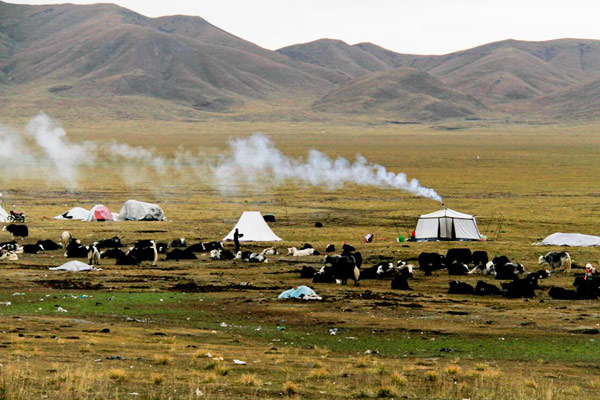 Yaks are an indispensible part of everyday life, and not only provide milk and meat, but also the tents they live in and the ropes and slingshots they use. Hair from the yaks is also woven into fabrics for bags, clothing, and blankets. 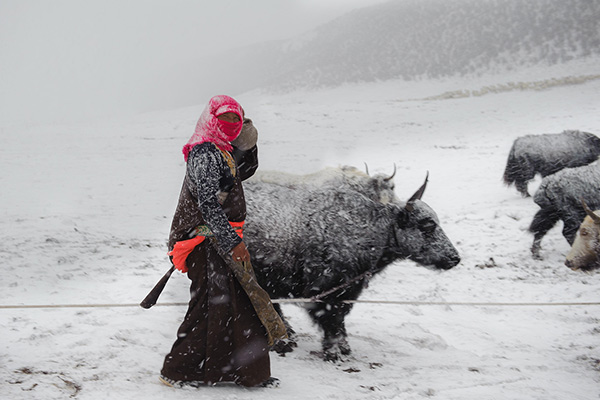 Yaks are an indispensible part of everyday life

In winter, the nomads stay in the southern and eastern parts of the plateau, away from the harshest weather of the season, but in late spring they move their herds across hundreds of kilometers of countryside to get them to the best grazing lands. There they will stay for the summer, allowing their herds to feed on the rich, mountain pasture, which is full of a variety of different flowers that have beneficial properties for the animals. The nomads say that the health of their yaks depends on these summer flowers. 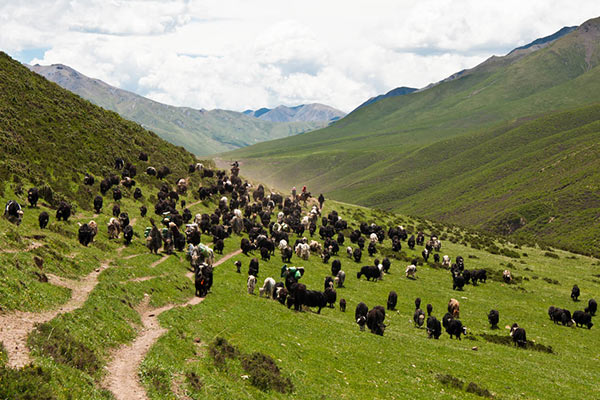 Nomads on the move in Spring

The whole family plays an important part in the lifestyle of the nomads, with the women and children carrying out their own chores. From milking the dri – the female of the yak species – to making butter and yogurt, and grinding the barley to make the Tsampa dough, women work from dawn until dusk. And a not-so-nice chore is the collection and drying of yak dung to be used as fuel for the fires. With very little wood available on the prairie, the dried dung is an important part of survival. 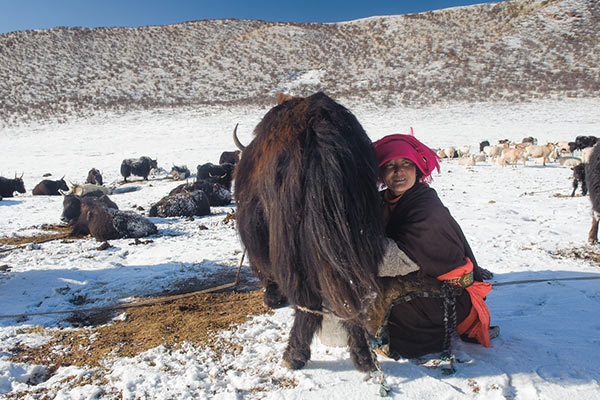 Milking the dri to make butter and yogurt

For the children, the responsibilities are just as big. They are normally responsible for taking care of the livestock, and often stay out in the harsh conditions all day with no shelter from wind and rain. The nomad life may not be perfect, but they live in harmony with nature, and survive well from their hard work.

Influence of the Qingzang Railway

With the coming of the Qingzang Railway, certain changes were made to the nomadic way of life. As the train cuts across the prairie, it has sometimes cut across the herding routes to the best grasslands. While this is not a big inconvenience for the nomads, it has meant they have to be more careful about where their livestock wander. Keeping the herds of the tracks is a responsibility they take very seriously. 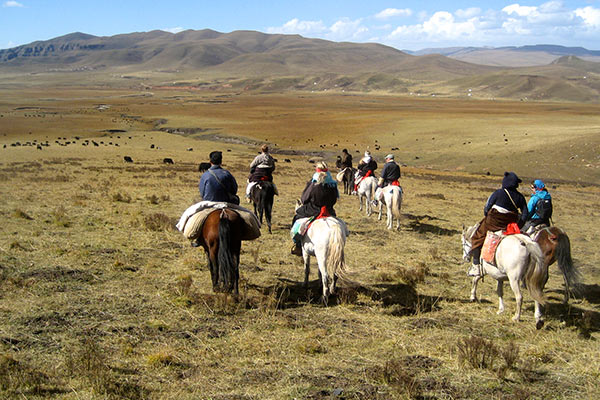 However, the coming of the railway has had its upsides too. With the railway came more tourists and one of the major draws of Tibet is the opportunity to visit a traditional Tibetan nomad camp, and experience their culture and way of life. 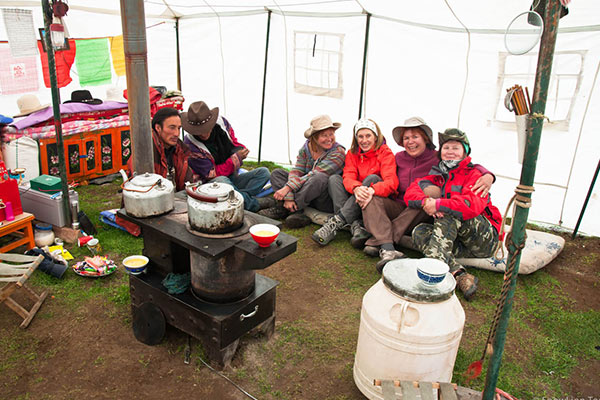 Having a nice time with a Tibetan nomadic family

And some of the more business-minded of the nomads have set themselves up offering accommodation, local delicacies, horseback rides, and other attractions to the foreign tourists that visit throughout the entire summer. Tourists will often be invited into a nomadic tent to partake of the sweet Tibetan tea, locally-made yogurt, and sun-dried beef. And in some areas, the camps are more like small resorts, with a host of tourist attractions available.