Just a short ride west of Qinghai Lake, in Qinghai Province of China, lies a lake of pure, natural beauty. Chaka Salt Lake, also known as Chakayan Lake, was reopened to the public in June, 2016, and is rated as a “must-go” destination by the Chinese National Geographic. Closed to the public due to massive pollution caused by excessive tourists in the area, the lake now can be visited again after the completion of clean-up operations. Chaka Salt Lake is located at Chaka town in Ulan County, and sits at an altitude of 3,059 meters. The lake has rich salt deposits, with a thick salt bed that lies close to the surface of the water. 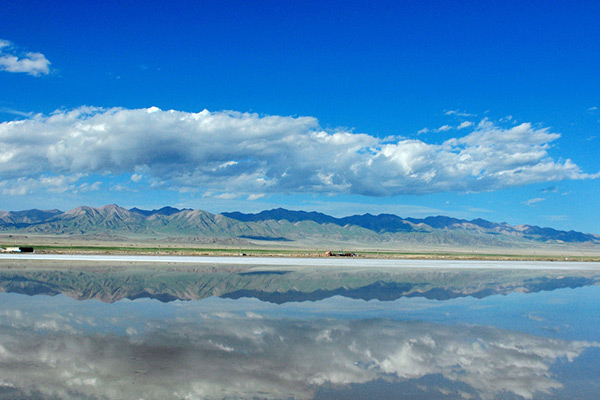 Chaka is one of four major salt lakes in the region, and was once famed for its mineral deposits, which were famous throughout the northwest and central plains of China. Qinghai salt was widely known during the Ming dynasty as the best salt in China. Records also show that salt from the lake was sold to areas such as Shaanxi, Shanxi, Gansu, and others over two thousand years ago. Mining was simple, and the salt could be taken from the lake by simply lifting off the salt crust. Mining at the lake is still ongoing, though now it is fully mechanized, and the salt is sold all over China, as well as being exported to Nepal and Japan. 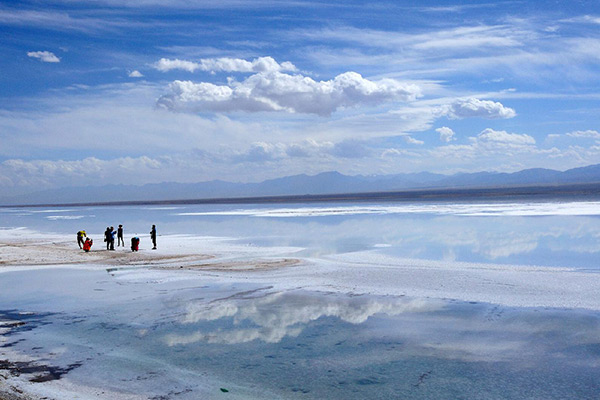 Chaka is one of four major salt lakes in the region

The lake has had a varied history of its use over the centuries, and records exist from as far back as 206 BC, during the Western Han Dynasty, of how the salt was removed from the lake for use in the local communities and across northwest China, as far as Mongolia. In 1763, a law was written by the local government in order to exploit the lake’s natural resources, and was known as the “Salt Law”. And in 1908, the government formed the Dunker Salt Bureau, to ensure operations were in order at the lake. 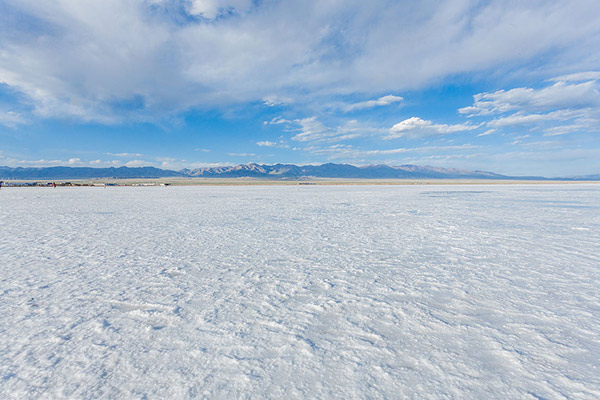 Tourism has been a major part of the lake’s economy since 1980, when it was developed to cater for visitors from inland China, Europe, and America, as well as other parts of Southeast Asia. Tourism has also taken a turn into the mining process, with tourists wanting to see how the salt is mined on the lake, turning the lake into a 3A new scenic spot for industrial tourism, as well as ecotourism.

Chaka is one of several salt lakes in the Quidam basin, but is unique in that the lake contains both solid and liquid salt. The snow-white bed of the lake, which is mostly solid salt crystals, contrasts to the deep blue of the lake, giving it a mirror-like quality. Locally, Chaka salt lake is known as the “Mirror of the Sky”. Traveling to this unique lake, set amidst snow-covered mountains and lush prairies, gives a feeling of being in a kind of fairy land. 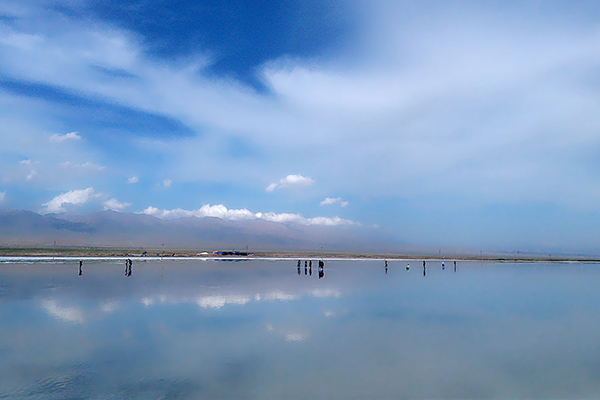 And the fairy land feel only gets stronger when you see the giant salt sculptures that can be found around the lake shore. These unique formations are created from deposits of salt and brine over thousands of years, and are known fondly as the “luxurious art of the land”. Each of the formations has been carved into an individual sculpture, and the sculptures will last for several years, before erosion takes away the finer details.

Journey to the Center of the Lake

While the shore of the lake is unique and exquisitely interesting, visitors can also go out into the center of the lake, thanks to a long railway line that runs out on a bed of salt. You can either ride the train to the center, or you can walk the few kilometers out to the middle, where fewer visitors go, and from where you can take wonderful photos of the shoreline from the middle of the lake. 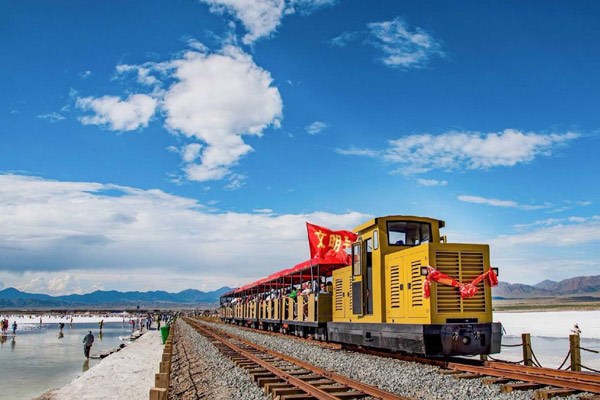 It is also possible to walk on parts of the actual lake, where the salt deposits are thicker. And in the parts where you can swim, the salinity of the lake is almost as high as that of the Dead Sea, in Jordan, which means you can easily float on the surface, without fear of sinking into the water.

The best times to visit the Chaka Salt Lake is during summer and fall, when the skies in the region are clear and the weather is warm. During periods of prolonged sun, the lake becomes more crystalline, and the brilliant white salt layer is covered by a very thin layer of brine. This brine reflects the light and the scenery perfectly, giving it the mirror image of its name. 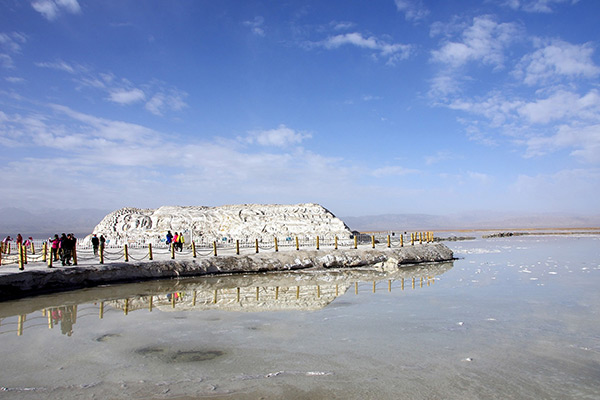 Spring is the best time to visit for the salt mining process, and during the winter, you can see the lake surrounded by a landscape of pure, white snow, making the still-liquid waters a spectacular sight in this snowy wilderness. 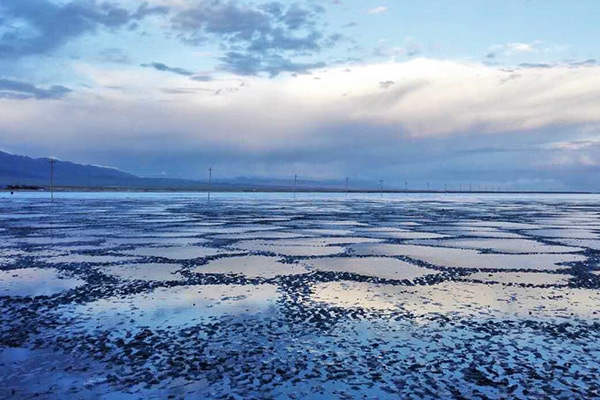 Chaka can be reached from Xining by bus, for around 80 RMB per person, which can take you all the way to the lake, or you can get a chartered car for around 300 RMB. The lake is 310 km from Xining, and if you get the bus in the morning, you can be there by noon, to spend the afternoon at this beautiful, off-the-beaten-track location.