Never thought there existed one “Sky Road” in the world that keeps the train running on the high plateau and parallels with the snow-clad protruding mountains. And never in the world there once has appeared a train that climbed to a station with the elevation of 5,068 meters.

With the completion of the second section of Qinghai-Tibet railway from Golmud to Lhasa on July 1, 2006, the Tibet train eventually put an end to this arduous construction which had lasted for decades. Connecting to its first section from Xining to Golmud opened in 1984, the entire railway began to play an increasingly important role in influencing this self-sufficient economy dominated area and make this holy land first time truly known to the world. The Tibet Railway presents you all the facts and real records it has created since its inauguration day. Qinghai-Tibet Railway with no doubt is a miracle and an engineer marvel in the world. Follow us to see the top 10 Tibet Railway facts and records.

At 1,956 kilometers in length, the Tibet Railway connects Xining in Qinghai Province to the provincial capital of Tibet Lhasa with great expanses of Qinghai-Tibet Plateau rolling into view along the entire Tibet train tour.

The Tibet Railway is recognized as the HIGHEST RAILROUTE IN THE WORLD. From Golmud station, the train starts a very sharp climb to the Kunlun Mountain Pass (4,700 m) before it levels out a little bit and trudging to the Tanggula Station (The highest train station in the world), a non-stop station with the elevation reaching to 5,072 m. 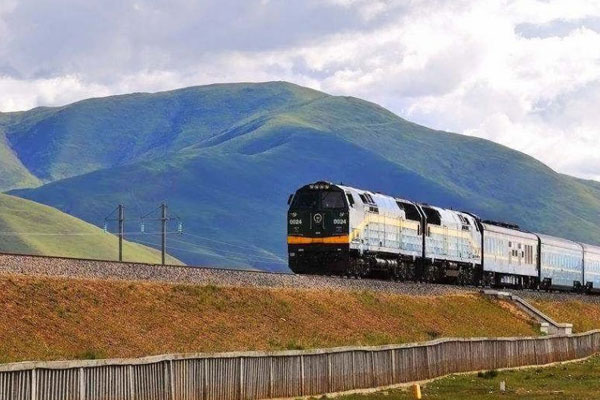 However, this was only a small step forward comparing to the entire project, for the second section from Golmud to Lhasa (1,142 km) poses much more severe challenges to the construction teams. More awkward problems the designers and engineers had to tackle are fragile ecosystems, insufficient oxygen and the permafrost.

Not long after the tracklayers broke the ground on June 29, 2001, the government had given much support to speed up the construction. Fortunately, after 5-year’s arduous work on the site, the project was successfully completed on July 1, 2006.

With the total length of mileage reaching 1,956 km, the laurel of world’s longest plateau railway is well-deserved.

Among those high elevation bases, Amdo construction site tops the most and played a crucial role in Tibet railway construction.

45 stations are distributed along the way to the Tibet and one of them (Tanggula Station) turns to be the highest railway station in the world.

4. Stations of Tibet railway has reached to 45 by so far

There are totally 45 stations along Qinghai-Tibet Railway, and each has its own characteristics. However, not all the stations the train will make temporary stops, and some of them are unattended stations with viewing platforms but left in isolations.

5. Tibet railway has the highest station in the world

At the border of Qinghai Province and Tibet Autonomous Region on Qinghai-Tibet plateau, there lies the Tanggula Railway Station, an unstaffed railway station with the a lofty claim to fame as the highest railway station in the world. 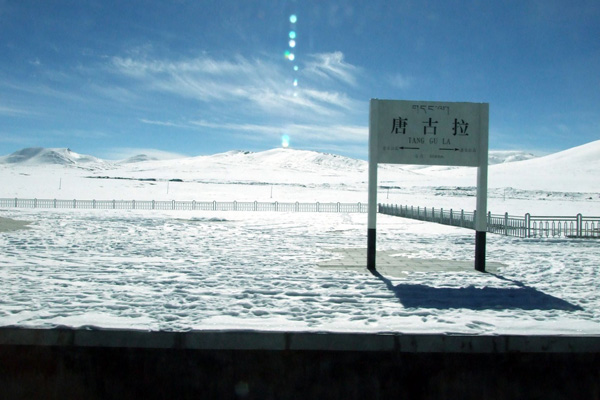 Due to its elevation of about 5,231m, Tanggula station is beset by the silence-reigned permafrost and left in isolation after the passing of the train. Despite that there has a viewing platform, trains to Lhasa seldom make temporary stops at this station.

Bridges along the Qinghai Tibet Railway can be another highlights during the entire tour. Some bridges make the train speeding on the expansive lakes with splendid undulating mountains lurking behind while others ascend you to snow-covered areas to enjoy the vast permafrost views.

Countless bridges stretch across the skyline on the Tibet railway and among which 550 km out of total 159.88 km of the bridge mileages are laid on permafrost. The Qingshuihe Bridge constructed over the Hoh Xil Nature Reserve is well known as the longest railway bridge on Tibet railway route with the total length of 11.7km. The Bridge is built in at 4,600m above the see level.

Tunnels are commonly seen along the Qinghai-Tibet railway, but passing through the world’s highest and longest plateau tunnels on one train tour must be another amazing and unforgettable experience you can’t afford to miss.

7. Fenghuoshan is recorded as the highest tunnel in the world.

As part of the Qinghai-Tibet Railway, Fenghuoshan Tunnel is built 4,905m above the sea level and well deserved to be the highest tunnel in the world.

This miracle is just located in western and sparsely populated Zadoi County and at the eastern edge of the Hoh Xil mountain region between the Kunlun and Tanggula mountain ranges with the total length of 1,338 meters.

8. Kunlun Mountain Tunnel is regarded as the earth’s longest tunnel built on permafrost.

There had never been a tunnel constructed on such high elevation and built around the permafrost before you have the first experience passing through Kunlun Mountain Tunnel by Tibet train. 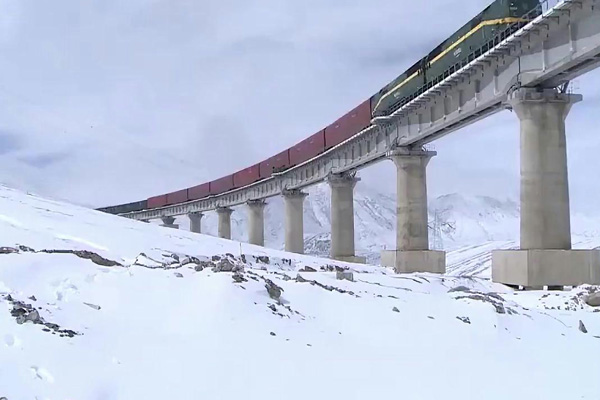 Tibet train running on the rails built on the permafrost

At 1,686m in length, Kunlun Mountain Tunnel along the Tibet railway is no doubt the longest plateau tunnel beset by permafrost in the world.

Instead of blindly pushing the limits of rail travel, the Tibet train cares more about the comfort and safety on the basis of maintaining a fast speed on high plateau areas.

9. Guess how fast the train runs on Qinghai-Tibet Railway?

Through Tibet train windows, you can see close views flashing quickly outside while the much more splendid distant sceneries and landscapes pass slowly in front of your eyes. You have plenty of time enjoying the amazing and rarely seen views from your comfortable soft sleeper cabins.

The Tibet train is the world's highest railroad. The tracks consist of 960+ km's built across land 4,000m above sea level, with the highest point reaching 5,072m.

The average altitude along the Tibet railway is 4,600m with temperatures dipping down to -30oC. The air oxygen content is half of what it is in lower sea level areas.