There are 45 stations along the 1972 km long Qinghai-Tibet railway from Xining to Lhasa and every station has unique scenery. To provide travelers better opportunity to enjoy the stunningly beautiful scenery on that way, nine scenery viewing platforms have been set up at nine stations. These include: Yuzhu Peak Station, Chumaer River, Tuotuo river, Buqiangge, Tanggula Mountain, Lake Namtso, Nagqu, Damshung, Yambajan. The platform is around 500- meter long and 1.25 meters high. On the platform, visitors can enjoy the views around that area and take photos. The authority has scheduled the trains so that passengers will be able to make use of the viewing platforms during daytime. 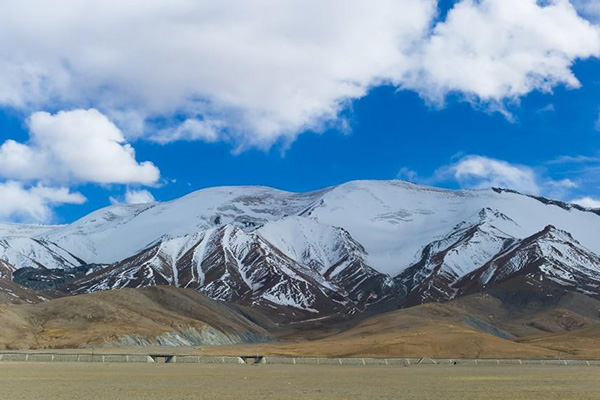 It takes about an hour from Golmud Station to the Yuzhu Peak Station by train.

The first station along your train journey to Tibet. The station is 4159 meters above sea level.

At this station, travelers can capture a great view of the Yuzhu Peak of the Kunlun Mountains in the east and enjoy the KeKexili’s unique scenery in the west. Yuzhu Peak is one of the highest peaks in the Kunlun Mountains, the biggest mountains system in China.The snow-capped peak towers against the blue skya and is amazingly beautiful. 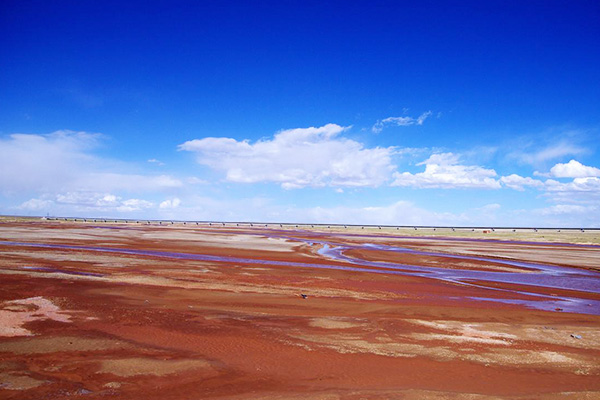 Regions along the banks of Chumar River is one of the most important living area for Tibetan antelope.

Elevation: 4,495 meters
Chu’erma River Station is situated at a vital point on the route of the Tibet antelope migration path. The northern source of the Yangtze River, the Chu’ermahe River and the river built for the migration of the animal, the Hu’erma River Bridge can be viewed from this station. The bridge is 2,565 meters long with 78 bridge arches for the Tibet antelope to pass through. Flocks of pregnant antelopes trek from the east part of the Kunlun Mountains via this area and head further west to the hinterland of Kekexili to give birth to their offspring during June, July and August seasons.

Looking further west, travelers can even glimpse the Qingshuihe River Bridge and the Wubei Bridge, both prepared arches for animals. Qingshuihe Bridge, 11.7 kilometers long is the longest railway bridge in the world. 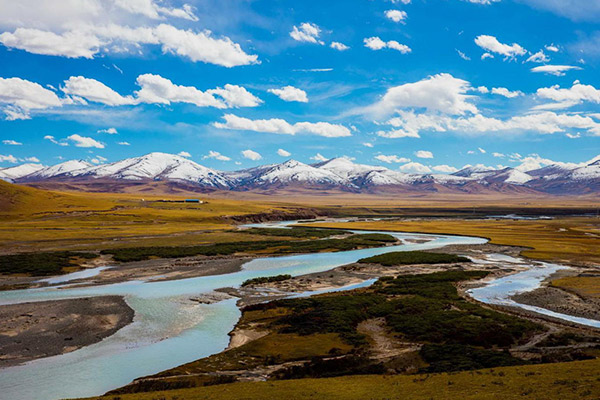 Elevation: 4,547 meters
Tuotuo river is the source of China ’s longest river, the Yangtze River. The turbulent Yangtze originates from this broad, gentle highland river and surges all the way to the East Sea. On the Tuotuo river sceneryviewing platform, travelers can see the glittering wide river. 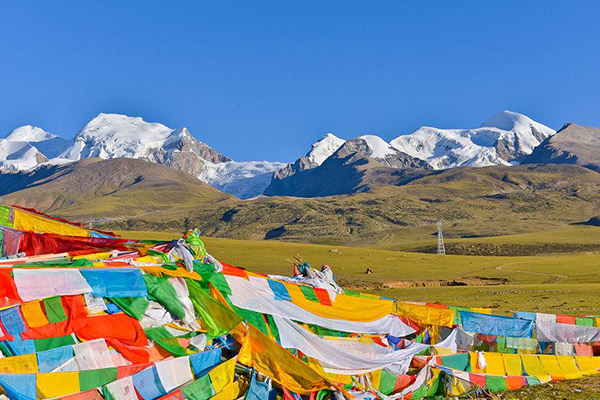 Elevation:5,068 meter
The highest station in the word Tangula Pass is the highest point along the railway. The Geladandong Peak, the highest peak of the Tangula Mountain can be viewed rising high against the blue sky. For centuries Tanggula Mountain has been regarded as a dangerous place for mountaineers and a place closest to the heavens. The well designed trains will pass through it even without the passengers noticing any change. 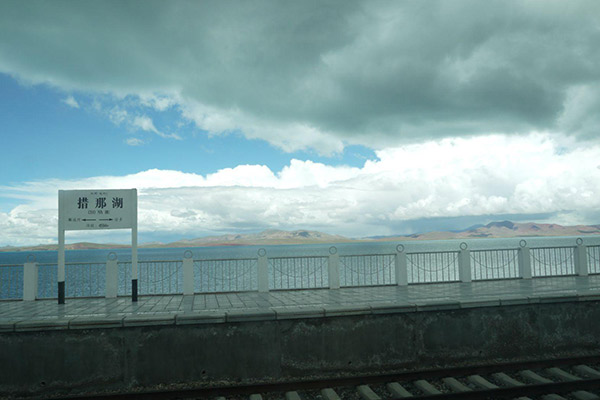 You will take a Qinghai-Tibet train, which will closely pass by the beautiful Conag Lake.

Elevation:4,594 meters
Conag Lake is a holy lake respected by the locals. The alpine lake is 400 square kilometers. The lake like a glittering blue pearl among the vast grassland, reflects the blue sky and the fluffy white clouds. The great variety of fish in the lake has drawn many animal species including dark- necked crane, swans, wild duck and mandarin duck to inhabit the area. 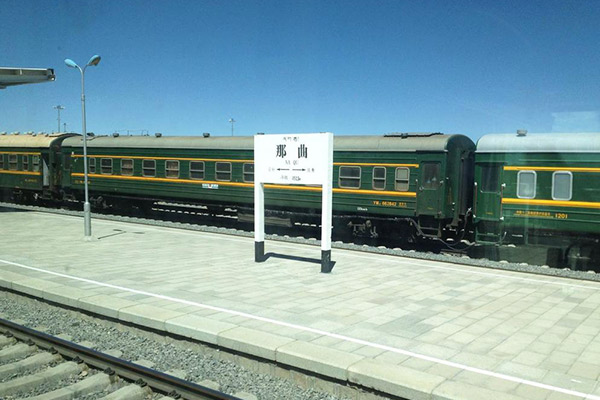 When you plan to atten the Nagqu Horse Racing Festival, you can chose to take a train from Lhasa to Nagqu.

Elevation: 4,513 meters
Nagqu Station is a good spot to view the endless fertile Changtang prairie. This vast highland contains blue sky, fluffy white clouds, crystal lakes, flocks of sheep, yak, vast green grassland and snow-capped mountains. Nagqu Prefecture, with an elevation of more than 4000 meters, is called the “ Roof of the Roof”. The annual Horse- racing festival of Nagqu region is held in August here on this grassland. Visitors can get a taste of the Tibetan customs and culture.

Elevation: 4,293 meters
The beautiful grassland scenery stretches all the way from Nagqu to Damxung. The area around the station is dotted with grazing sheep and yaks. The railway runs parallel to the Qinghai-Tibet highway through the Damxung prefecture. Featured sight on this part is the mystical Eight Pagodas in North Tibet Pasture. 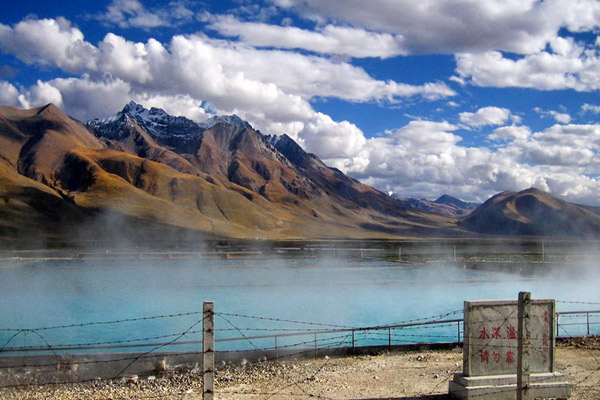 The hot spring in Yambajan is a popular tour site via a trip to Namtso.

Do not miss the road side hot springs in this area.