Riding on the Tibet Train: Travel along the Roof of the World to Enjoy the Best Scenery

Riding the train to Tibet is one of the best choices for travelers to the region. With the Qingzang Railway fully completed, you can take the train from seven major cities throughout China, and relax in the comfort of the carriages while you take in the beautiful scenery along the way.

If you want to experience the best of the Qinghai-Tibet Railway, the best place to start from is Xining, in Qinghai Province. This is the start of the Qingzang railway, the only railway line into Tibet, and the journey is only 22 hours long, taking in the best sights along the route as the train traverses the plateau. From the Gobi Desert to Yuzhu Peak, and the Kekexili Nature Reserve to the fascinating Namtso Lake, you will find that there is plenty to see on the journey. 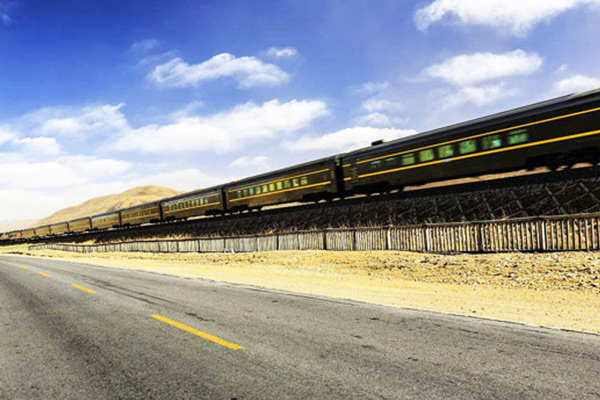 The railway to Lhasa is mostly at an elevation of over 4,000 meters, and it is the highest railway in the world. The train itself is modern and comfortable, with soft beds and a fantastic dining car that serves Chinese and Tibetan dishes. These customized trains will allow you to travel safely and comfortably, and you can discover the secrets of mysterious Tibet.

Golmud is a sprawling city in the northwestern province of Qinghai, located in the arid Gobi Desert. Although the city is built in the Qaidam Basin, which is full of natural resources, the surrounding countryside is all deserts. With nothing but desert and mountains all around, this harsh landscape is mainly attributed to its location, in the rain-shadow of the Himalayas and other connected mountain ranges. 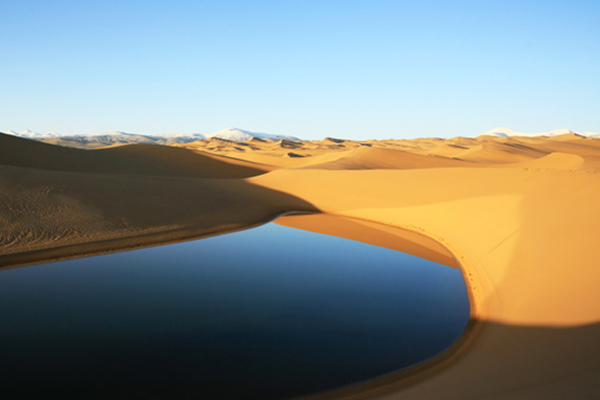 The Gobi desert is the fifth largest desert in the world, and it stretches across parts of northern China, southern Mongolia, and on into Tibet. Over 1,200 miles long, it covers well over half a million square miles, in the heart of Asia’s most remote region, and gets its name from the Mongolian word, which means “large and dry”. But even in this desolate land, there exists a host of wildlife that manages to survive and thrive, as well as plants that flourish in the desert sun.

In the desert around the city of Golmud lie more than 20 salt lakes, with Qarham Salt Lake being the largest. As well as being the largest salt lake in the world, this wealth of mineral resources is the largest production center for potassium, magnesium and salt in China.

Almost a thousand kilometers from Xining, are the Kunlun Mountains, and one of the highest peaks, Mt. Yuzhu. At 6,178 meters above sea level, this beautiful, conical mountain can be clearly seen from the railway, and the train stops briefly at Mt. Yuzhu Station. This is the first of the sightseeing stations along the route, and you will have the chance to step off onto the sightseeing platform for a few minutes to get a better view of the snow-covered mountains, and the glacier that glistens in the sun off to the east of the platform. 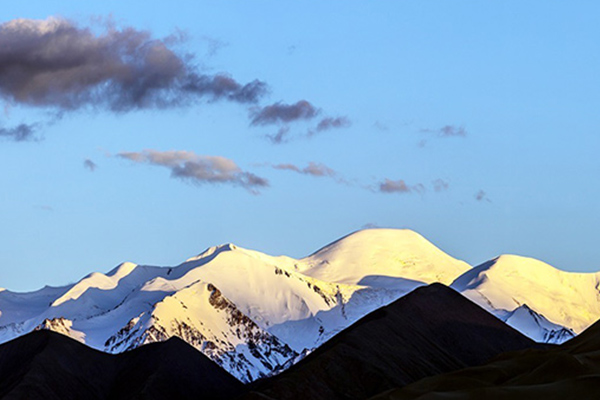 The Kunlun Mountains are the largest mountain range in China, and Yuzhu Feng, as it is known, is covered in snow throughout the year. The mountain is also a good beginner’s peak for mountaineering, and many people come to the mountain in summer to scale the easier south slope route to the peak.

As the least populated region of China, this isolated part of the Qinghai-Tibet Plateau covers over 83,000 square kilometers, and is the home of more than 230 species of wild animals. Several of these beautiful, indigenous animals are under the protection of the Chinese government, and you will see wild yaks, wild donkeys, and the rare white lipped deer roaming the plains as you pass.

The reserve is also the home of several Asian brown bears, and if you are lucky, you might see one near the rivers looking for fish, though they also feed on the plateau pika, a small, burrowing rodent that can be found all over the plateau. 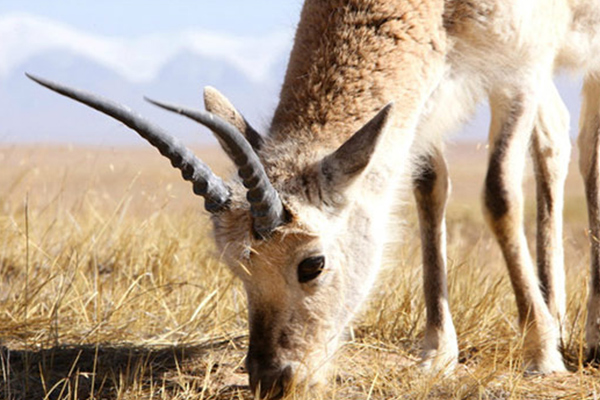 The endangered Tibetan antelope, or Chiru, is still a rare sight to see on the plateau, though you may be lucky enough to catch sight of a herd passing through the area. These once prolific animals have dwindled in number over the years, until only a few dozen small herds remain.

As the train passes through the Nagqu area, you will see the wide expanse of the Changtang grasslands. This grassland has some of the most beautiful high desert areas in the world, with rocky outcrops sticking up from the grassy plain, clear, pristine lakes, and lush, green prairie. This vast highland prairie stretches for over 1,600 kilometers, from Western Tibet to Eastern Ladakh, in Northern India. 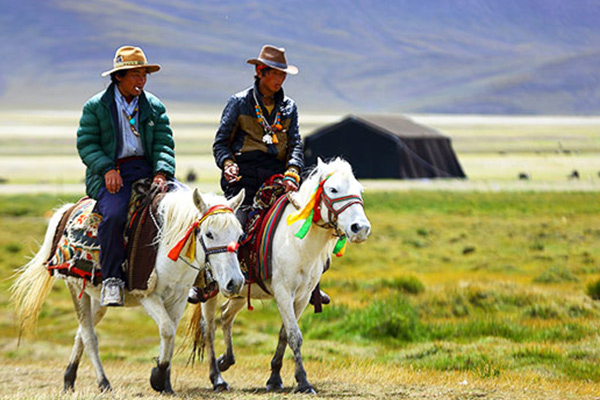 The area is the home of the Changpa nomads, who have lived here for thousands of years, and have a colorful and friendly lifestyle. They roam across the plains along well-established routes, grazing their livestock on the verdant grass. In the summer, the views of the surrounding mountains are spectacular, with gentle winds, mild sunshine, and a vast expanse of lush, green grass.

Namtso Lake is the largest of all the lakes in Tibet, and is the second largest saline lake in China. In Tibetan, Namtso Lake means “Heavenly Lake”, and has long been a holy site in Tibetan Buddhism. The lake has several small islands, and previously Buddhist monks would walk across the frozen surface in winter to spend the year in hermitage on one of the islands, only returning once the lake froze over again. 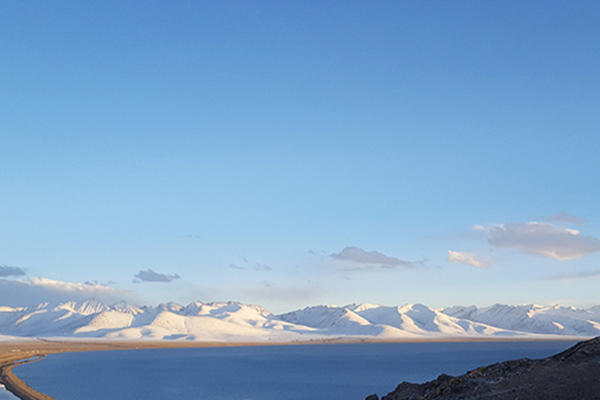 The lake is also one of the holy koras in Tibet, where Buddhist pilgrims walk around the lake, prostrating themselves in prayer at certain points. Worshipers believe that if they walk around the lake during the Tibetan Year of the Goat, they will be blessed with health, safety, and knowledge.

In summer, the lake is a beautiful shade of turquoise, with magnificent views of the surrounding mountains. The wide open spaces around the lake are dotted with the tents of nomads, and the sunrise on the wide lake and snow-covered Nyenchen Mountains catch the rays of the rising sun to present one of the most beautiful scenes in the world.

0 Comment ON "Riding on the Tibet Train: Travel along the Roof of the World to Enjoy the Best Scenery"