Travel to Tibet from Chongqing

Located in southwest China, Chongqing is not just a city, it is a whole municipality, much the same as Shanghai, Beijing, and Tianjin. One of only four direct-controlled municipalities in China, Chongqing is the only one of the four that is not on the coast, and is made up of 25 districts, of which Fuling, Wanzhou, and Qianjiang Districts, as well as Chongqing City, are cities in their own right.

Chongqing is also one of the seven gateway cities to Tibet for the Tibet trains travel, and is the third shortest route to Tibet that passes along the Qinghai Tibet Railway line.

Chongqing to Tibet by Flight

From Chongqing Jiangbei International Airport, there are around 19 non-stop flights to Lhasa every day. The Chongqing-Lhasa flights are run by a number of different airlines, including Air China, Tibet Airlines, Sichuan Airlines, China Southern, Xiamen Air, China Eastern, and Hebei Airlines. Departures to Lhasa start at around 6:25am and the last flight leaves Chongqing at around 2:40pm daily, with flights to Lhasa taking around 2 hours and 50 minutes. The average cost of the flight to Lhasa from Chongqing is around 1,890 CNY (US$ 300). 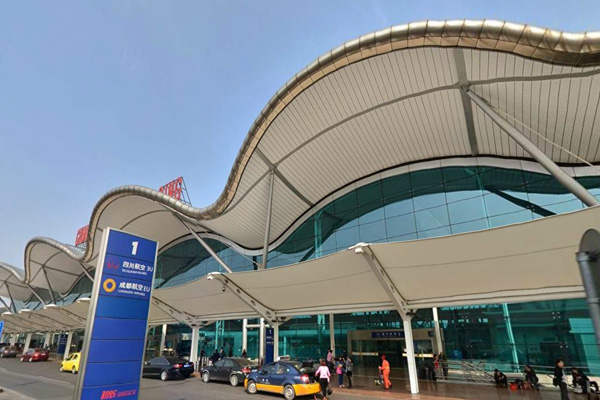 Chongqing is an important hub for aviation in southwest China, offering over 200 routes both international and domestic, with international flights to London, mainland Europe, and the United States, among others. It also offers domestic flights to the other airports in Tibet, and is one of the busiest airports in China. Located in the Yubei District of Chongqing, it lies around 19 kilometers north of the city center, and is served by both railway and bus transport from the airport to all districts of Chongqing Municipality.

Chongqing to Tibet by Train

The timetable for the trains from Chongqing to Lhasa is unique, and only two cities have this kind of scheduling, the other being Chengdu. The schedule runs alternate days for the trains, since they do not leave the station in Chongqing daily for Tibet. For six months of the year, the trains leave on the odd –numbered days of the month (1st, 3rd, 5th, etc.), and for the remaining six months, on the even-numbered days. The months using odd days are February, March, June, July, September, and October, and the rest use even days. This actually makes the schedule more practical and easier to understand for foreign tourists traveling to Tibet, as it is sometimes hard to know to which day the “every other day” reference refers. You can contact us for the exact Chongqing-Tibet train schedule on your preferred travel day. 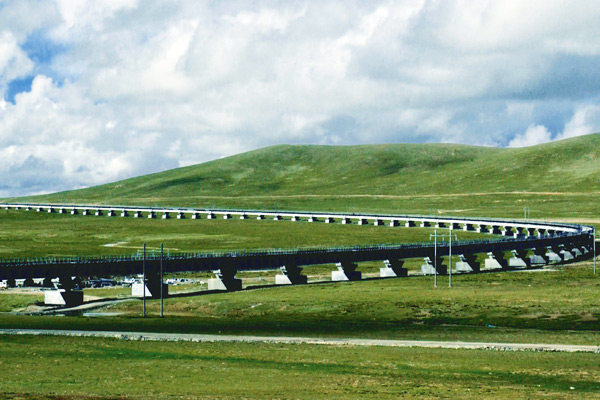 The trains leave from Chongqing North Railway Station at 10:25pm, and arrive in Lhasa at 9:55am on the third day. All trains have the usual three classes of tickets, with Soft sleepers being the first class option and second class being the hard sleepers. The difference between the two classes is the cabin style, with the first-class soft sleeper cabins having only four berths with a lockable door, while the hard sleeper cabins of second-class have six berths over three levels and have no door at all. There is also a third class of ticket, which is the hard seat ticket, which is not recommended for travel of this distance. Soft sleepers start at around 998 CNY while the hard sleepers cost from 628 CNY, and the lowest berth is normally the most expensive.

How to apply for Tibet Travel Permit from Chongqing

Foreign tourists are prohibited from traveling into and around Tibet independently, and all Tibet tours must be booked through a registered tour operator. To be able to board the train or flight to Lhasa, you are required to produce your Tibet travel permit , the permit issued by the Tibet Tourism Bureau in Lhasa. While there are branches of the bureau in Chengdu, Beijing, Shanghai, and Hong Kong, only the Lhasa head office issues the permits, and all applications must be made through a recognized tour operator.

Tips for Traveling Tibet from Chongqing

Chongqing is around 35 hours from Lhasa by train, and the journey covers three days. Some entertainment in the form of music, movies, or a good book is advised, as parts of the trip are uneventful, and it helps to keep you from getting bored.

Flights to Lhasa from Chongqing are relatively cheap, and there are also discounts that can be had for flights from Chongqing that you will not be able to find elsewhere, making your flight even less costly. Your tour operator can advise you on what discounts might be available.

One of the popular attractions in Chongqing is the Yangtze River Cruises, which run from Chongqing to Yichang and back, and which takes around three days. As an addition to your tour of Tibet, a riverboat cruise down the longest river in Asia is a beautiful sightseeing tour of one of the world’s most stunning cruise routes. Normally taken as the culmination of the tour to Tibet, tourists often fly into Chongqing from Lhasa, or travel by train, and board the amazing cruise ships that ply the route between Chongqing and Yichang. 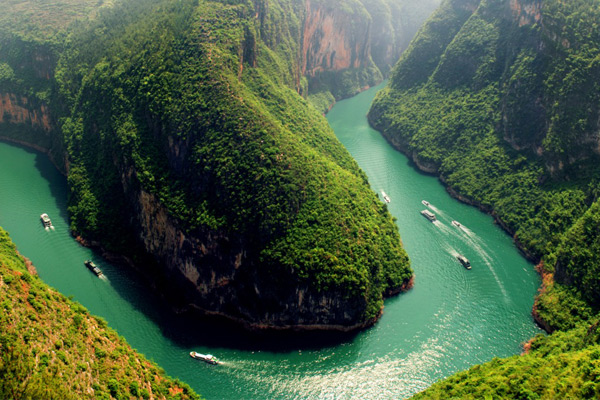 Starting in Chongqing in the evening, the ships depart and when you wake you will find yourself passing by the famous Fengdu Ghost City, with its 56-meter high pagoda, before heading on downstream to the Goddess Stream, and the Three Gorges, passing through some of China’s most stunning countryside. The route passes through the Three Gorges Dam, and locks take the ship down 110 meters to the lower part of the river. The last evening of the cruise also has a special formal dinner party for the guests, hosted by the Captain and his crew, which ends with a formal toast from the Captain to his guests as a thank you for joining the cruise.