How to Get to Lhasa from Beijing

Beijing, the capital of China, is known as one of the most ancient cities for it houses many places of historical significance spanning decades. Beijing has equal parts of culture preservation and metropolitan development. It is home to some of oldest remnants of imperial China. The top attractions in Beijing include the Forbidden City, the Great Wall of China, and the Ming Tombs to name a few. 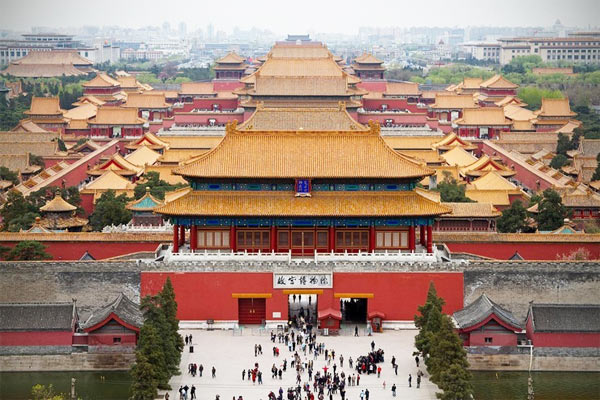 Travelling to Tibet from Beijing has slowly become popular for the contrasting weather, vibes, and feel. It has also become popular because of the easy transportation after the building of Qinghai-Tibet railway. Beijing is probably the best place start the Qinghai-Tibet railway even though there are multiple starting points and for shorter durations. Since Beijing has many international flights connecting many countries of the world, tourists can use Beijing as a starting point for this train journey.

Get to Lhasa from Beijing BY TRAIN:

The Beijing to Lhasa train stretches over a total of 3,757km. It is easily one of the longest train rides in Asia. The train is air-conditioned with pressurized cabins and oxygen supply system. The windows have UV filters. The train speed is 120- 160km/hr. The highlight of the journey started from Xining and continues on to awe the passengers till the arrival at Lhasa.

Schedule of Beijing to Lhasa Train

*Market prices of Tibet train tickets usually change according to the travel date and season. Due to limited supply of tickets it is better to book 3- 6 months in advance, especially in peak season.

Attractions along the way

Till Xian the train goes amidst the central China, along the flat scrubby plains of Shaanxi, the grass is withered, trees lifeless and just lines and lines of buildings. Once it reaches Xian the landscape changes. From here be ready for a whirlwind of a ride and sceneries, going through tunnels, mountains, lakes, ice mass, streams, and vast fields. Here are some of the amazing sceneries you will be in the second and third day of the travel in train.

1) Jinyintan Prairie:
The route starts ascending to higher elevation around this point. This Prairie runs west of Xining and covers 110 square kilometres. There is hardly any human population and filled with vegetation. It is from here that you will feel a little unhinged from the rest of the world. The land is covered with endless green grasses. 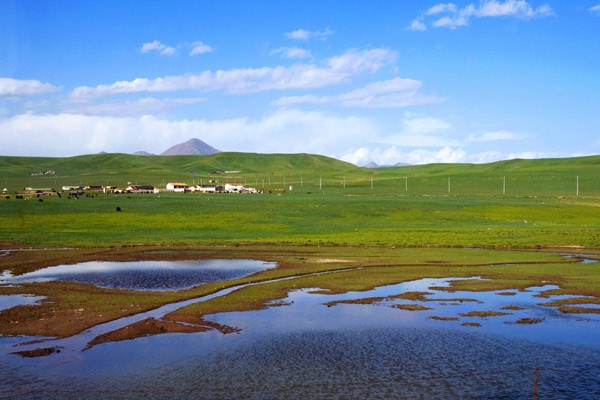 2) Qinghai Lake:
Qinghai Lake is the biggest inland saltwater lake in China and lies to the west of Jinyintan Prairie. Qinghai Lake is a sight to behold by itself but other small elements like the Cole blossoms, mirror-like reflective waters, blue skies, and the towering snow mountains add on to the additional beauty to the lake. 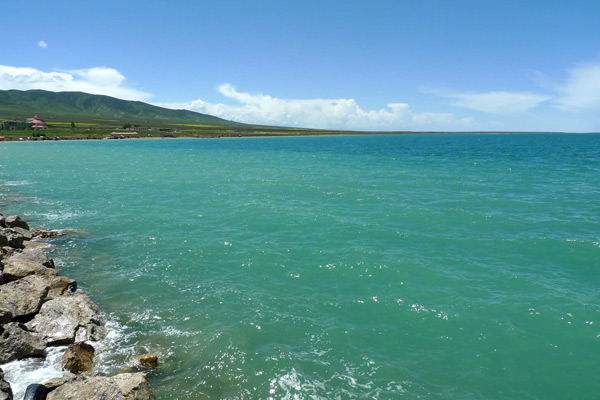 3) Qarhan Salt Lake:
The view following Qinghai Lake is equally breath-taking. Qarhan Salt Lake is known for its ‘Long salt bridge’ and it is the highlight of this lake. It is a 32km long bridge formed entirely out of salt. In this area the rail bed is also made of many different types of salt gems. 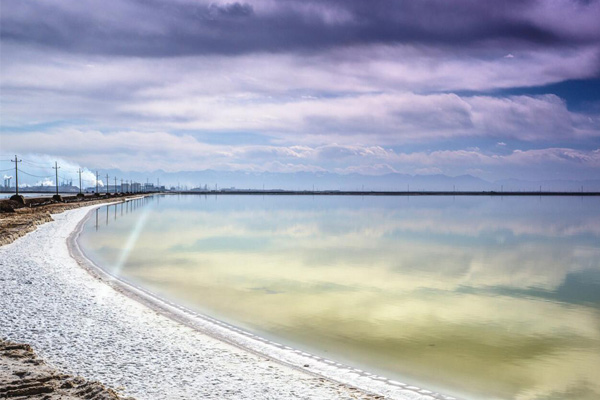 4) Kunlun Mountains:
It is around this point the oxygen system in the train starts kicking in. At Golmud they load food, waterand then the train starts its journey to go to the core of the Kunlun Mountains. Outside your window is the majestic Mt. Yuzhuwhich is 6,178m above sea level. This part of the journey also takes you through theinfamous Kunlun mountains tunnel which is known as the world’s longest permafrost tunnel. As the train speeds right through the tunnel you will get a peak of local Tibetan life. 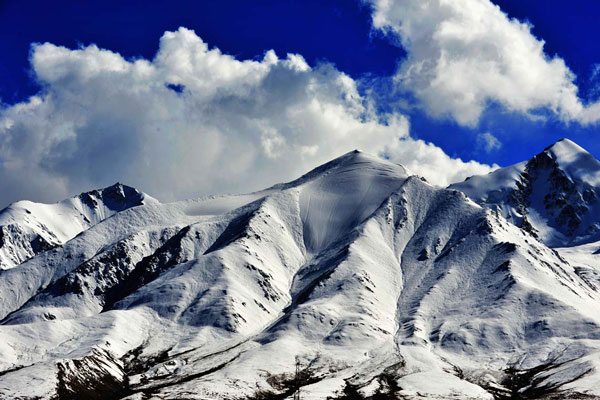 5) Tanggula Mountains:
Tanggula station is the world’s highest train station. It is one of the most undeniable beauties in the course of the travel. If the previous attractions did not jolt up your senses, this view will definitely get your cameras snapping and necks craning. Looking towards the west of the station you can find these mountains towering at a height of 5,068m. 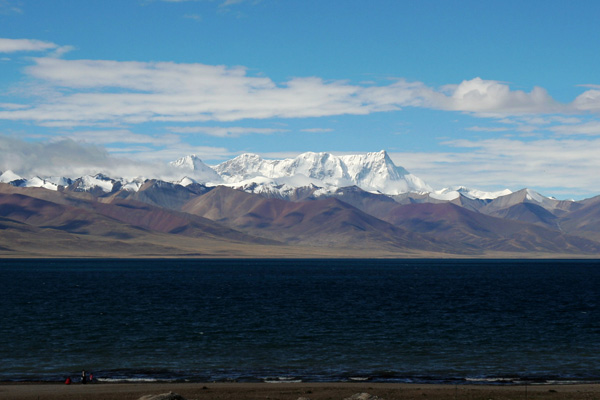 6) Cuona Lake:
The next on the list of scenic views on this course is the Cuona Lake. The still quite lake shore will not be more than 50 feet from the rail track. This lake covers a total area of 400 square kilometres and it attracts cranes, mandarin ducks, swans, and other wild animals. The scene in front of you will look right of your computer; they are definitely wall paper worthy. 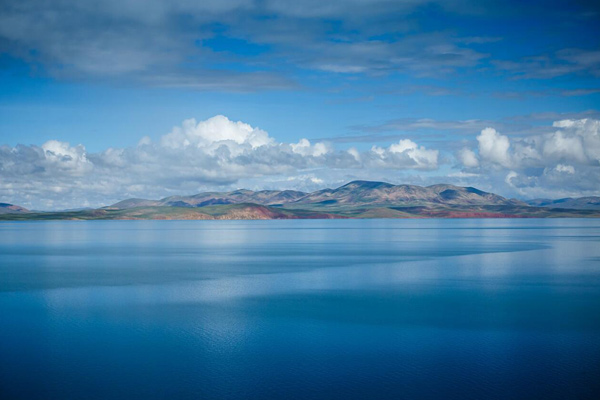 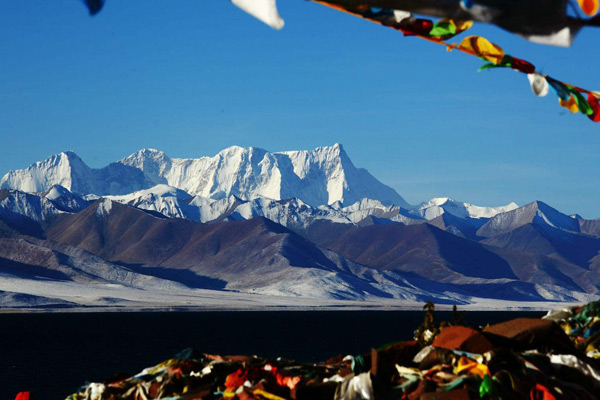 Next is the Dagze County, where the train will go through a valley. As altitude descends you will see that the civilisation has started creeping back in slowly. As the valley widens further you will find yourself entering Lhasa on the third day of your travel and the awe in your eyes will just remain the same as you enter this ‘land of snows.’

Get to Lhasa from Beijing BY FLIGHT:

There are stop over flights to Lhasa from Beijing every day. Below are just some of the airlines that provide services to Lhasa. It is better to check with your travel agent, as the timings keep changing.

Many travellers prefer travelling by train over flight for acclimatization purposes. The sudden altitude change may cause altitude sickness. But at the same time the travelling time cuts down at least by third when you travel by flight, even there is a layover.

Get to Lhasa from Beijing BY FLIGHT + TRAIN:

In the train journey, the main sceneries and landscapes start only from Xining, so if you don’t want to miss those views and at the same time don’t want to spend 43hrs on train, there is another option. You can travel till Xining in flight and then switch over to train. Here’s how you can go about it.

Schedule of Xining to Lhasa Train

*Market prices of Tibet train tickets are usually subject to change according to the travel date and season. Due to limited supply of tickets it is better to book 3- 6 months in advance, especially in peak season.

*Oxygen systems start working throughout the train when you reach Golmud.

0 Comment ON "How to Get to Lhasa from Beijing "