How to Travel to Tibet from Chengdu

Aside from the stunning local architecture, the amazing cultural and religious sites, and the delicious cuisine, there are several other things that make Chengdu a great place to start a Tibet tour. Everybody loves the giant pandas, and Chengdu is the home to the world’s largest and most popular panda research base. This beautiful national treasure of China is one of the rarest animals in the world, and around 80 percent of the remaining 1,500 or so pandas in existence live in Sichuan Province around Chengdu.

Why Choose Chengdu to Start Your Tibet tour

Reason 1: The most frequent flights to Tibet from Chengdu

Chengdu Shuangliu International Airport has flights to and from over 50 international airports around the world, including Australia, Europe, Russia, the Middle East, and North America. Located just 16 kilometers to the north of the Shuangliu District of Chengdu, it is a major hub for several airlines that fly in and out of Lhasa Gonggar International Airport, including Tibet Airlines. Chengdu airport provides the most frequent flights to Tibet than any other airport in the country, including flights to the smaller Tibetan airports in Nyingchi, Ngari, and Shigatse prefectures.

Travel to Tibet by Taking the Chengdu to Lhasa Flight

With more than 30 flights to Lhasa daily, including flights from many of the other major airports across China that go through Chengdu to get to Tibet, it is the most important of all hubs for Tibet flights for foreign tourists. Moreover, for those that are traveling on a budget, Chengdu often has more discounts for flights to Lhasa than at any other airport in the country.

Reason 2: Train from Chengdu to Lhasa

While the Tibet train from Chengdu is not the shortest of the seven major routes to Tibet, it is one of the most popular, and since trains began running from Chengdu to Lhasa in 2006, millions of travelers have used the route to get to the roof of the world. The train from Chengdu to Lhasa takes around 37 hours, making it the fourth longest train journey from mainland China to Tibet, and leaves every other day just after lunch, arriving in Lhasa in the early morning of the third day, giving you a full first day in the Tibetan Capital. 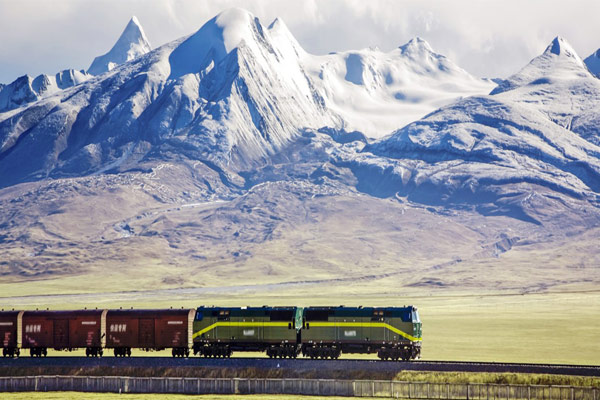 Get to Tibet from Chengdu by Train

The train journey from Chengdu to Lhasa is very different from the trains from eastern China, and the landscapes that the trains pass through are some of the most stunning in China. Following the edge of the plateau northeast to Gansu Province, the landscape is mostly flat, with high mountains in the far west, until the route turns west towards Qinghai Province and Xining, the start of the world-famous Qinghai Tibet Railway. The final part of the journey across the plateau to Lhasa is the most spectacular, and is like having an extra day of touring the plateau by train, with all the amazing scenery of the plateau right outside the window.

The trains to Lhasa from Chengdu are all sleeper trains, wince it is a 37-hour trip, and have both soft and hard sleeper cabins for passengers. The soft sleeper cabins are the first-class option, and are a little more expensive due to having more room with only four berths and a lockable door, while the hard sleeper berths are packed in six to each cabin, and are open to the train corridor with just a curtain for modest privacy.

Reason 3: The most beautiful overland trip from Chengdu to Lhasa

Traveling overland from Chengdu to Lhasa is also one of the most popular routes for travelers to Tibet, following the G318 National Highway to the Tibetan Capital. Known as the Sichuan Tibet Highway, and rated as one of the most dangerous roads on the planet, the highway route is an amazing road-trip adventure that can take between 12 and 20 days to traverse more than 2,000 kilometers of asphalt and gravel road. The route takes you high up into the mountains that border the plateau, as you head west from Chengdu, climbing high passes over 5,000 meters above sea level, and dropping down into deep, lush valleys full of peach trees that are covered in blossom throughout spring. 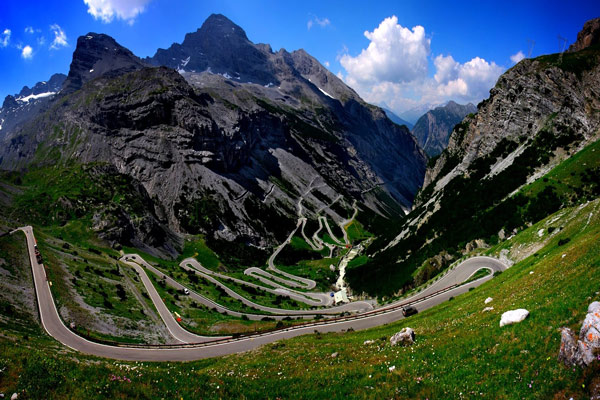 Travel overland from Chengdu to Lhasa

With some of the most spectacular scenery in the world right outside the window of the car, traveling along the Sichuan Tibet Highway is the adventure of a lifetime, although it is not for the faint-hearted, as the road to Tibet is one of the most arduous routes in China.

How to Apply for Tibet Travel Permit from Chengdu

As with all foreign tourists traveling to Tibet, the Tibet Travel Permit is a requirement to get into and travel around the region at the roof of the world. If you are already in Chengdu before you decide to take a trip to Tibet, then you will need to contact a registered tour operator for Tibet travel, as independent travel in Tibet is prohibited. The Tibet Tourism Bureau has offices in several cities across China, but for foreign travelers all applications must go through the head office in Lhasa.

Tips for Traveling Tibet from Chengdu

Chengdu is an amazing city, full of ancient and modern wonders that will leave you in awe. Taking some time to explore the city and visit the giant pandas is more than worth it, and is an unforgettable experience.

Travel to Tibet from Chengdu constitutes an increase in altitude of more than 3,500 meters, and there is a risk of altitude sickness when you reach Lhasa. You can help reduce this risk by getting plenty of rest and eating plenty of vegetables and protein-rich meals.

The route along the Sichuan Tibet Highway to Lhasa is an arduous and tiring one, with a lot of dangerous points in the high mountains to the west of Sichuan Province. It is best to have an experienced driver with you to handle the harder and more rugged sections of the route if you wish to take this trip.

0 Comment ON "How to Travel to Tibet from Chengdu"