There are many trekking tours in and around Tibet, among which, the trekking to Mt. Everest Base Camp is the most popular one for tourists in Tibet. Along the way, you can explore the local valleys and glaciers below the north-face of Mount Everest and appreciate the amazing view of the most magnificent scenery on the world’s highest mountain.

Another popular trek in Tibet is Mt. Kailash Pilgrimage trek, which is widely known as the kora around Asia’s holiest mountain - Mount Kailash. To trek around Mt. Kailash and nearby Lake Manasarover integrates the spiritual, cultural and physical dimensions of a Tibet tour.

For general trekking lovers, the trekking from Ganden Monastery to Samye Monastery is the best long trek to go. You don’t need to go to the high mountain areas, but just enjoy the marvelous landscapes around Lhasa city, as well as take a cultural exploration in centre Tibet by visiting Ganden monastery and Samye Monastery.

To start your trekking tour in Tibet, please remember that, all these treks must be organized via a trusted local agency so that you can get the Tibet travel permit to enter Tibet.

We offer you various Tibet trekking tours, covering all the best trekking destinations in Tibet plateau. You can choose your favorite route to check the detailed travel itinerary with price quote, or tailor your own Tibet tour with us.

Know before Your Tibet Trekking Tour

What to Pack for Tibet Trekking Tours?

If you are only trekking for half a day to a day, then you do not need to carry lots of heavy equipment, as it will only weigh you down and it is completely unnecessary. Your standard clothing, which should include windproof pants and jacket, and enough layers to keep you warm depending on the time of year and area in which you are trekking is enough, there is no need to carry lots of warm clothing.

You should carry a water bottle with plenty of water to last the day, as well as food for the day if you are not stopping at eating houses in the area. Snacks are essential to keep up your energy while trekking, as high altitudes can sap your energy quickly when hiking in Tibet.

For days trekking in the mountain regions (need camping)

For those longer trekking trips, it is essential to carry enough clothing and food to keep you going for the duration of the trek, as well as having a good arctic sleeping bag and a tent if you are camping. Several layers of clothing are better than thick sweaters and jackets, and can help you to regulate your temperature better. Take plenty of water with you, and in case you cannot get fresh bottled water in certain places, water purification tablets are a great idea. You will also need to carry enough food for the trek, as most long treks in Tibet are off the beaten track and restaurants are hard to find. 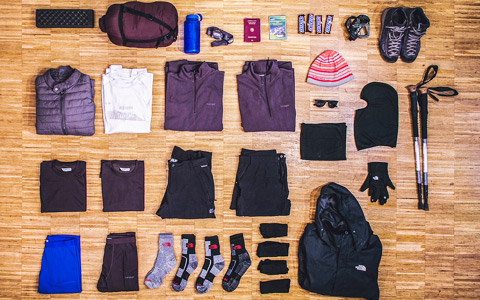 What is the physical demand for Tibet trekking tours?

There are several levels in Tibet for trekking, from the easy to the strenuous. The standard levels used by us are: 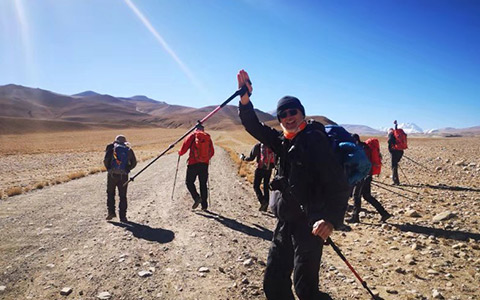 What to eat during a trekking tour in Tibet?

Eating during treks in Tibet depends largely on where you are trekking. Along some of the trail you will find some small restaurants and guesthouses that offer food, which usually consists of simple Tibetan dishes that are designed to give you the maximum energy possible based on the food available.

If you are traveling along trails without many places to eat for several days, then you will need to have cooking equipment and food with you. For most tours, you may be able to hire a cook to prepare your food, or you can prepare it yourself with the help of your trekking guide.

It is recommended that you carry high-energy food that is high in proteins, to enable you to regain lost energy faster when in higher altitudes. Protein bars, nuts, cookies, chocolate, and dried fruit are ideal for snacks. Packet foods are also ideal for making up meals when trekking in Tibet, and there are a number of companies that sell specially designed trekking foods that weigh less than carrying heavy packets and tins, and which can give you a good meal. 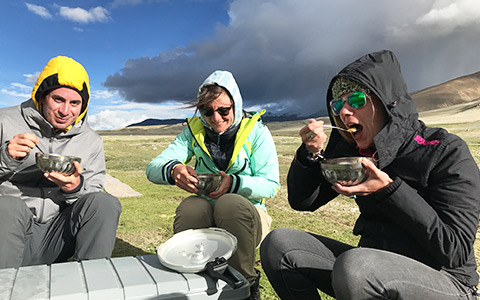 Where to live during a trekking tour in Tibet?

You have two options for where to stay when trekking in Tibet. Most of the trekking areas have guesthouses, often as part of the local monasteries, and you can stay in them at night if they are not already full.

Guesthouses in Tibet used to be very basic, with just a bare cot to sleep on and a blanket for warmth, which does not really keep out the cold. Nowadays, the state of the guesthouses along the trekking trails has improved greatly, and many of them now have decent bunk rooms with running water and indoor toilets. Very few have heating, but you can now find bedding in many of them, though it is still advisable to bring a sleeping bag.

Camping is the second option, and while it may feel like an adventure, it can be very cold in the region at night. However, in some areas, there is very little option, as the guesthouses can be full in the peak season, or there may be no guesthouses to stay at in some areas. If you are camping, you need to bring a good tent with you, as well as a decent arctic sleeping bag to counter the cold.

Even if you are not camping, you are advised to take a sleeping bag with you, as there is little bedding in some of the guesthouses, and in those with bedding, you are not sure when it was changed last. There could have been a dozen people sleep on it before you. Ideally, an arctic-rated sleeping bag is best, but any sleeping bag that is designed for sub-zero temperatures will do. 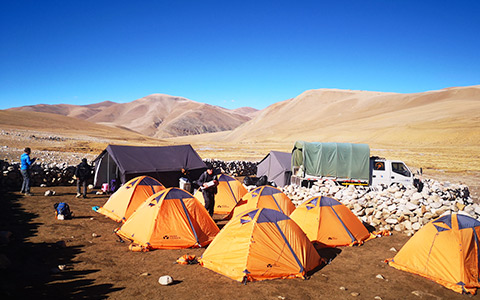 How to deal with the altitude sickness during a trekking tour in Tibet?

What to do before you go

Before heading out on a trek in Tibet, you should make sure you have an adequate level of fitness for the trek you are intending to do, and train for several weeks before trekking. Trekking in Tibet is unlike trekking anywhere else in the world, and even a fit person can struggle a little in the higher altitudes, with lower oxygen levels.

Tips for trekking in Tibet

When trekking in Tibet, it is advised that you rest as often as needed, and make sure that you do not push on too hard when you are already feeling low on energy. Snacks are an ideal way to give your energy levels a quick boost, and the best snacks are dried fruit, nuts, cereals and protein bars, chocolate, and biscuits.

If you feel any of the effect of altitude sickness, you should inform your guide so that he can keep an eye on your condition, and make the necessary arrangements to move you to a lower altitude should it get worse. 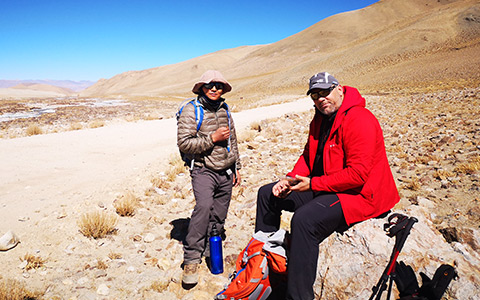 The real photos from our customers, who experienced their trekking journey in Tibet with our professional team. 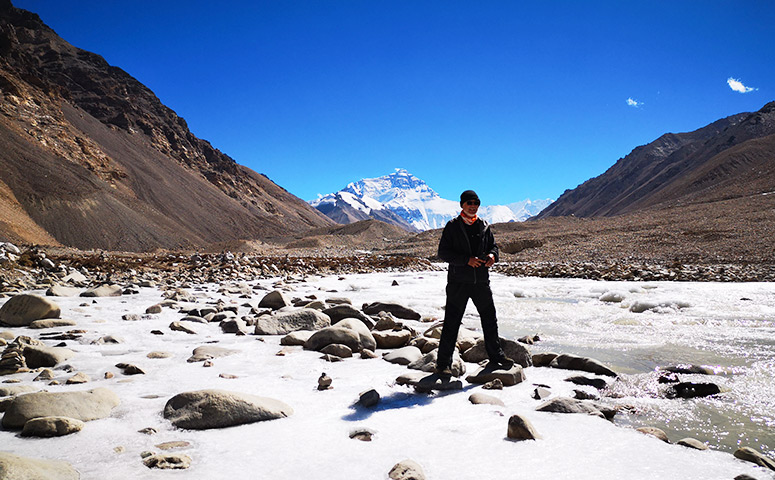 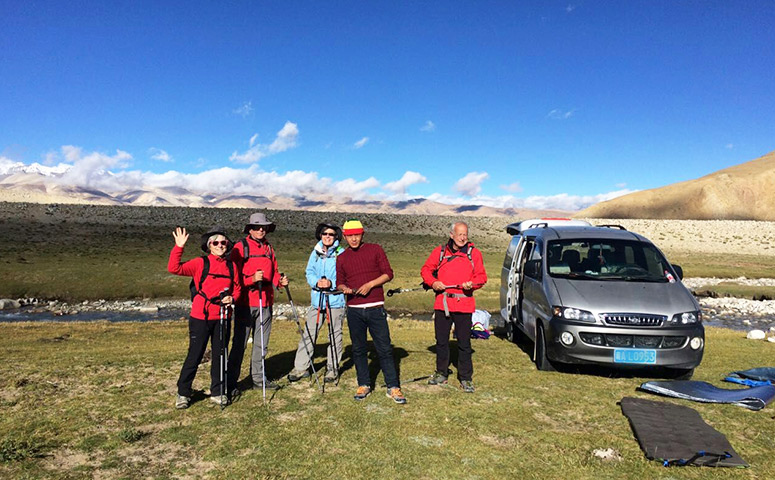 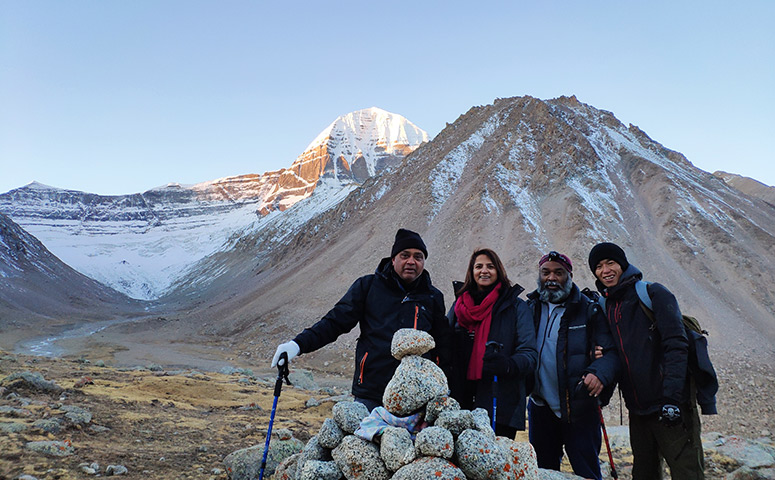 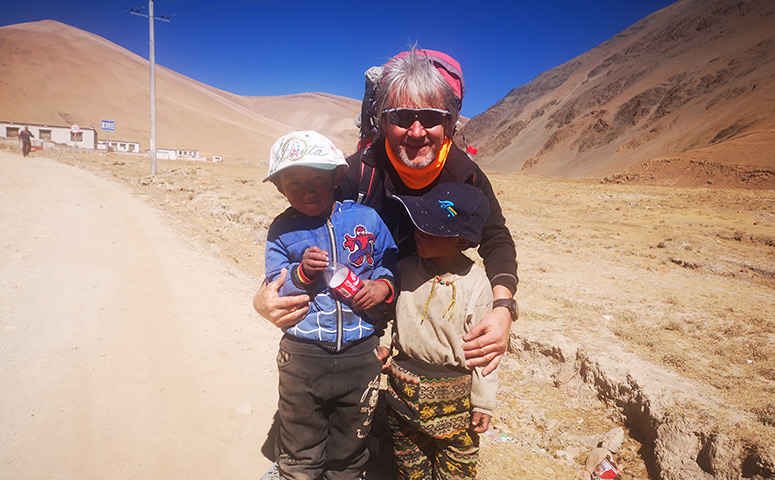 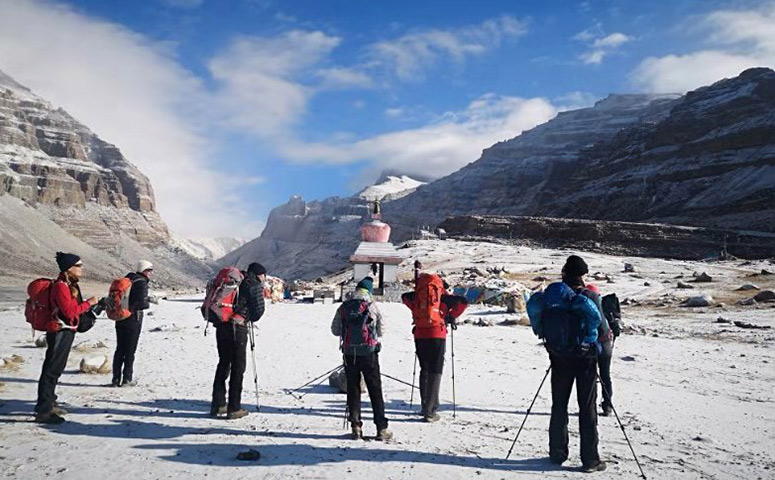 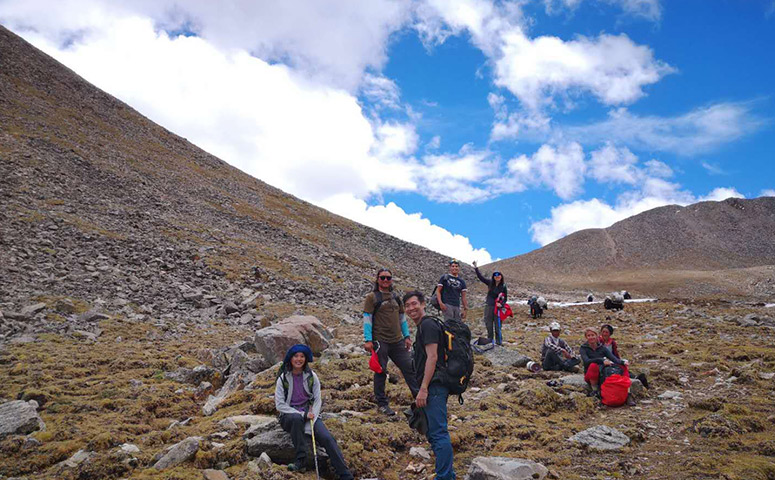 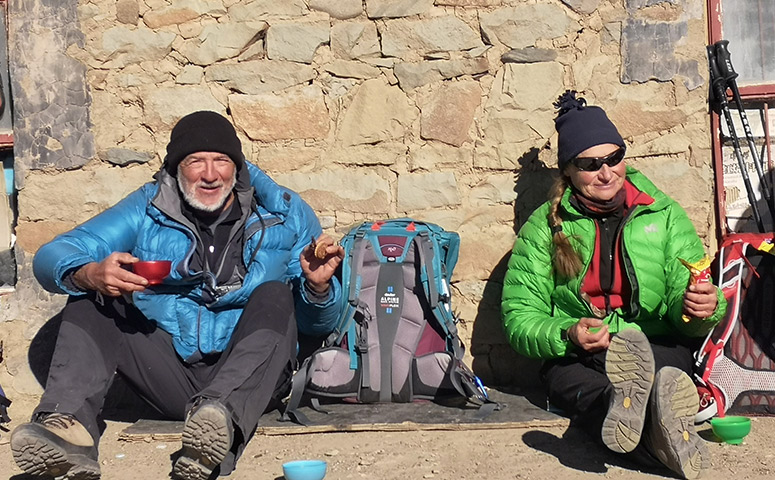 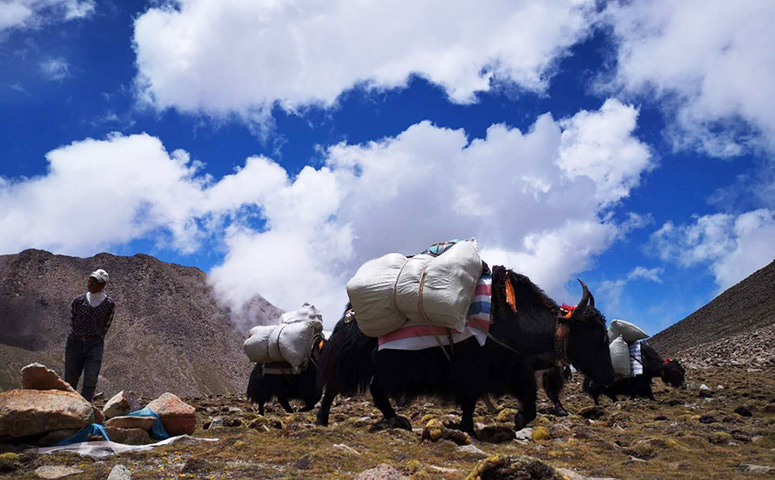 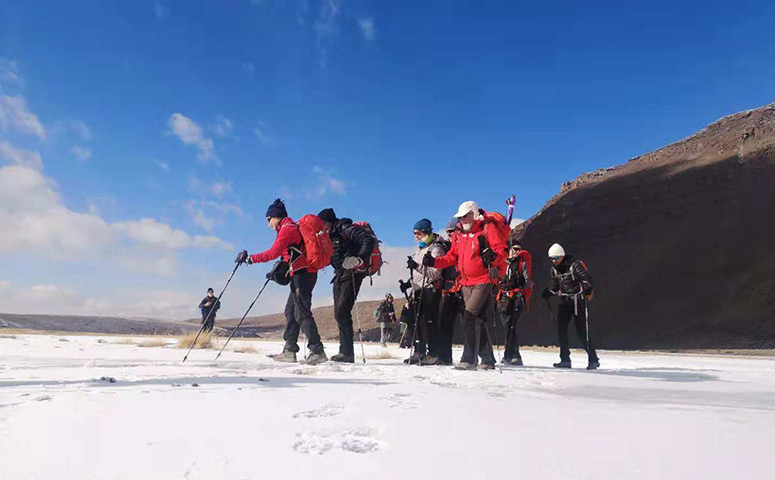 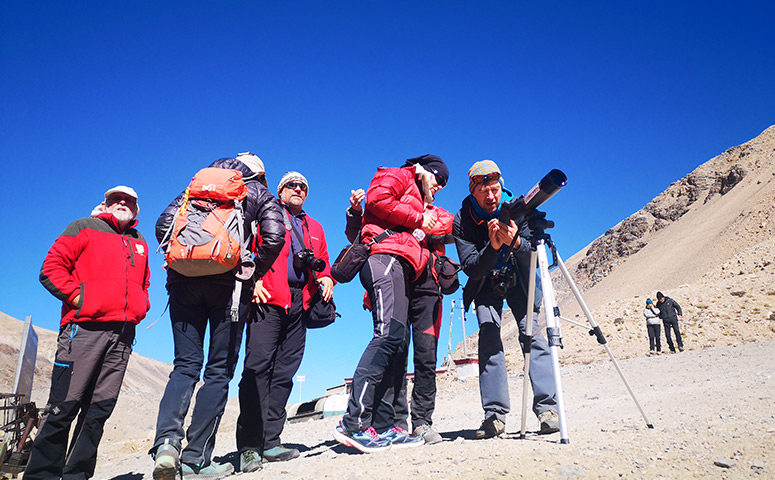 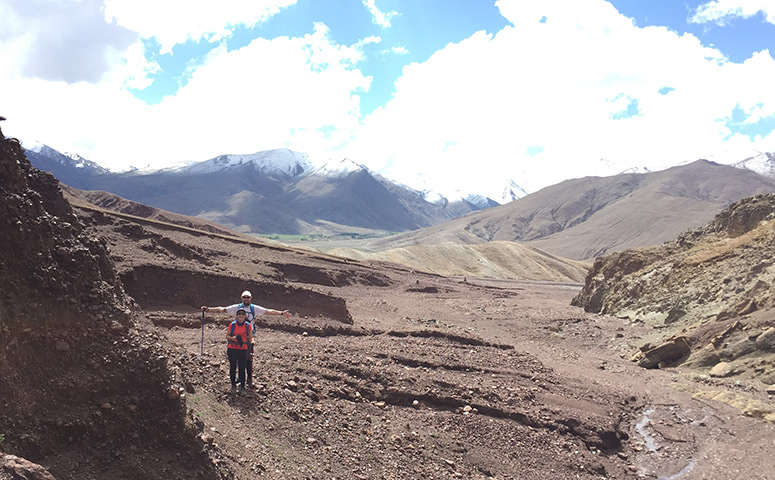 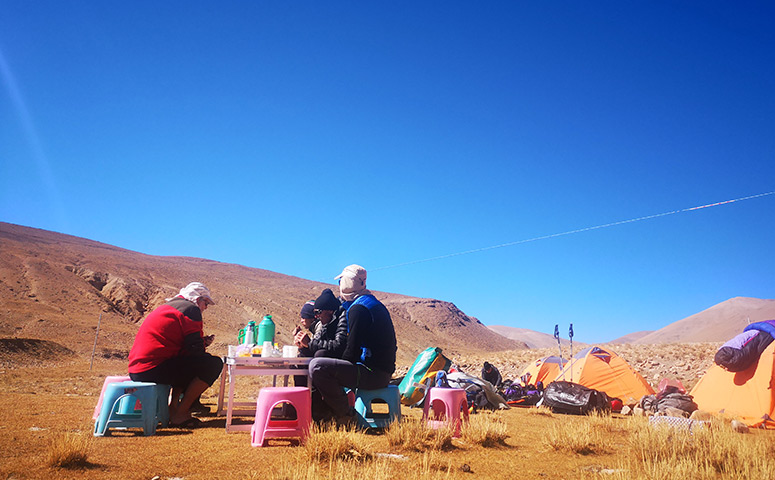 What We Offer to Support Your Tibet Trekking Tour

Can't wait to start your Trekking Tour in Tibet? We are ready to help you fulfill your dream! From Travel Permit application to biking route arrangement, we will handle every detail for your.