Since the Tibet train journey is not short, even more than 50 hours (from Guangzhou to Lhasa), where to live and how about the sleeper cabins onboard are always the most important things that tourists want to know. You may have a general idea about the Soft sleeper and Hard Sleeper on Tibet trains, but need more details to make your choice.

What’s the difference among them and how to make my choice?

As the expert on Tibet trains, we can help you to learn the details of the real cabins onboard before you get on the train so that you can choose your favorite cabin much easier and enjoy a more comfortable train journey to Tibet.

Generally, there are the 4 biggest differences between the soft sleeper cabin and the hard sleeper cabin on Tibet trains. Focusing on these 4 points, you can easily choose the one that suits your needs.

The soft sleeper cabin is the first-class sleeping cabin on Tibet trains.

There are four soft sleeping berths in each soft sleeper cabin. Near each berth, there is a separated oxygen outlets on the train walls. You can lay on the bed while using it.

In each soft sleeper cabin, there is a private table with a bottle. Under the table, there is a power outlet, which can be used to charge your mobile phone or laptops.

There is a door with a mirror on the back in each soft-sleeper cabin. You can close the cabin door for a private cabin.

However, there is no private bathroom in each soft sleeper compartment. The public bathroom is at the end of each coach. 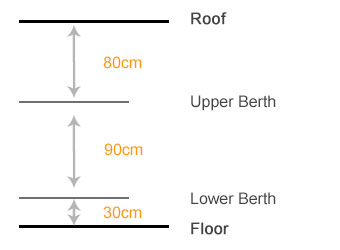 The hard sleeper cabin is the most general sleeping cabins on Tibet trains.

Beside every window on the alley, there is a small table with two chairs. Under some of the tables, there are power outlets.

The public bathroom is at the end of each coach. 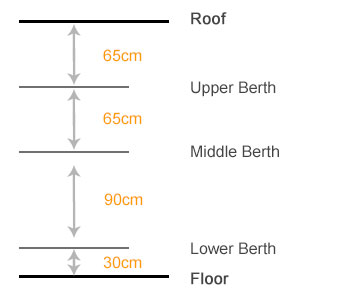 The soft sleeper cabin is the first-class cabin on Tibet trains with the most expensive ticket price. Hard-sleepr cabins are the most popular cabins for its cheaper price. Though the ticket is sold by berth, you can book a whole soft sleeper cabin(not avaliable in peak season).

Here we offer you the price of cabins on popular train routes to Tibet from mainland China.

1. The above price is just for reference. Please contact us for exact Ticket price on your preferred departure date.

2. In peak season, it is hard to book a soft-sleeper berth, please make your reservation as early as possiple.

See Why You Can't Get a Tibet Train Ticket.

How to Choose the Best Cabin for Your Tibet Train Tour?

Know the differences but still can’t make the choice? Please make sure what your key point is.

The price? The privacy? An authentic local train journey experience ...

We suggest those who want more private space to take a soft sleeper berth. For those who want a cheaper way to go, a hard-sleeper is the best choice.

In peak season, the train tickets are quite difficult to get, especially the soft sleeper berths. The worst choice is to take a hard seat from Xining or Golmud to Lhasa. However, a booking in advance will avoid this happened.

Please feel free to contact us. Tell us your travel plan and requirements, we will help you make the best choice of your Tibet tour and make your lifetime Tibet train journey come true.

Tell us your travel plan,
we will take care of the rest

Welcome to China Tibet Train. We offer China Tibet train tickets booking service and China tibet tour service. Please tell us your travel plan by completing the form below and we will get back to you via email within 24 hours.