Reasons Why You May Not Get a Tibet Train Ticket

The Qinghai-Tibet railway is the only railway link between mainland China and Tibet now. To take a train to Tibet through the world highest railway is a dream tour for many tourists visiting to Tibet. On average, over 5,000 people take Tibet trains departing from various Chinese major cities to Lhasa every day.

Many people wish to travel from the main cities of China to Lhasa, Tibet, which renders getting a Tibet train ticket quite challenging. Tibet trains depart only from seven cities of China, and these cities are Beijing, Shanghai, Guangzhou, Chongqing, Chengdu, Lanzhou, and Xining.

Furthermore, there is only one daily departure from these cities per day, even one in two days in some cases (Chengdu, Chongqing and Lanzhou). The situation remains unchanged in this regard even in the high tourist season when the number of travelers multiplies. So, a limited number of options and high demand are the main reasons why you could be unable to book a place on the train. 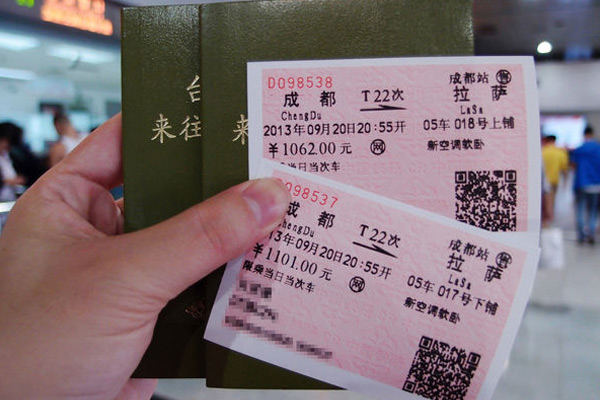 The Tibet train ticket is quite popular among tourists to Tibet

To prevent problems in booking the train ticket for journeys from Chinese cities to the capital of Tibet, entrust your Tibetan travel agent to book a ticket on your behalf. You will need the services of the local travel agency to schedule the Tibet tour, so they may as well secure a train ticket for you. Travel agencies keep in touch with ticket offices and, thus, have access to train ticket reservation plans. Therefore, they can secure a place on the train more easily than you. Regardless, early bookings are still advisable for you to have a better chance of securing the journey on the dates you wish.

Another reason why many travelers are unable to buy a train ticket is making an attempt too late. Because of the limited number of berths, it is always prudent to purchase a ticket as early as possible, especially if you travel during the high season. Note, however, that tickets for Tibet train become available only 30 days before the scheduled departure. Still, you can make an online reservation up to six months in advance via a Tibet travel agency. To do so, provide the agency with your scanned passport and collect the ticket once you arrive in China. When boarding the train, have your Tibet Travel Permit with you because you won't be able to board otherwise.

So, How Can You Get a Tibet Train Ticket?

Given the potential circumstances, the best approach for you to increase chances of securing a Tibet train ticket would be one of the following:

Make a Reservation as Early as Possible

Since there is a solution to making a reservation well before the tickets are available in the market, you could resort to this option. The earlier you make a reservation, the more likely you are to secure a ticket on the desired day.

Get to Xining First and Catch a Tibet Train Connection There

Xining is a gateway to the Tibetan Plateau and all trains to Tibet leave Xining Railway Station, so that you may have more chances to get a train ticket there. It is convenient to get to Xining from major cities in mainland China by airplane. You can also get to Xining from some northern cities by train. 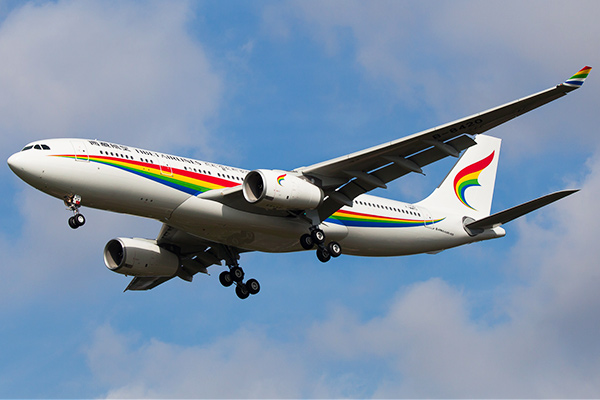 No matter where you plan to start your Tibet train tour, it is suggested to make a plan B, in case you can not get a train ticket.

You can separate your train journey into short sections. For example, if you decide to start your China Tibet train tour from Beijing, as plan B, you can make a shorter train journey to Lhasa from Xining or Lanzhou, which is easily to get to from Beijing by train and by air.

Take a Train from Lhasa instead of the Train to Tibet.

Most holidaymakers travel to Lhasa by train and fly out from Tibet on their way back. That way, you are more likely to acquire a train ticket if you fly to Lhasa first and take the train for a return journey.

In fact, the scenery you will see onboard the train from Lhasa is the same as what you see on the train to Tibet. You will not miss any of the highlights of the great Tibet railway. So if you really want to experience a Tibet train journey, and can’t get a ticket in peak season, you may think about taking the train from Tibet to mainland China instead.

As a Tibet travel agency with a long tradition and big experience, we offer you a high probability of obtaining a Tibet train ticket when booking a Tibet Train tour with us. Besides providing excellent service, we can inform you about the availability of the tickets from your intended destination on the specified dates and suggest the alternatives if necessary. More so, we specialize in making necessary arrangements without fuss, allowing you to concentrate on other things. Let us know your wishes and we'll help you plan a successful trip to China and Tibet and sort out all the details.

Booking a ticket for a Tibet train traveling from a city in mainland China to Lhasa may seem somewhat complicated. Still, all you need to do to avoid inconveniences is to keep the mentioned points in mind. Even if you experience some of them, you are sure to forget them once you start your ascent to the Tibetan plateau and see its wonders of nature.

You can fly to Xining first and take a Tibet train there. Since Xining is the starting point of the Qinghai-Tibet railway, there are more trains to Tibet from Xining with more carriages than any other.

Also, you can separate your train journey into short sections and make a plan B in case you do not get the train ticket from the popular gateway cities.

The most worry-free way to get to Tibet by train is to take our packages Tibet train tours, which cover the guaranteed train tickets to Tibet with well-organized tour to Tibet.

Please feel free to leave any of your questions about how to get a Tibet train ticket or your travel plan as below. Our professional travel advisor will help you arrange your lifetime train journey to Tibet.