Going to Tibet by train is one of the most popular modes of transportation for the travelers. It is mainly because of the scenic and beautiful views that you can see along the way and also because Qinghai-Tibet railway is the highest railway in the world.

Whether there is private soft sleeper cabin in a Tibet train or not? It is one of the most frequent asked questions from our former customers who want to book a private cabin on the Tibet train for their own family or group members for more privacy and safety.

If you have the same question, the following information will answer your questions and help you to book your own cabin on a train to Tibet.

Is there a luxury soft sleeper cabin with just two beds in one compartment?

No, Tibet trains do not have luxury deluxe cabins just for two. Although soft sleepers have private four bed cabins. The soft sleeper cabin on Tibet trains has two upper berths and two lower berths with a private door facing the aisle. The mattresses are fixed on a shelf-like steel bed that can hold up to 300 kg. The berths are 75 cm wide and 190 cm long. The mattresses are extra soft and cushiony to ensure that you have maximum comfort during the long journeys. 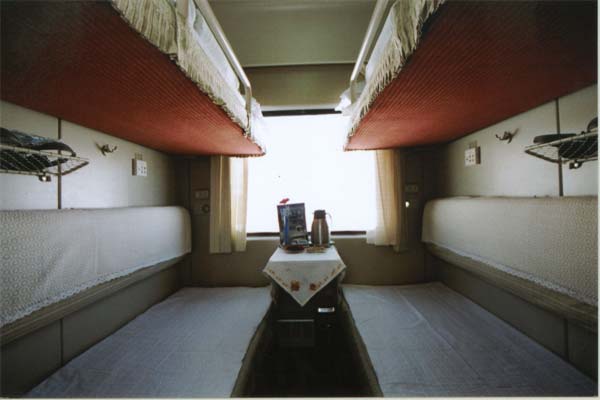 On Tibet trains, every first-class soft sleeper compartment has 4 soft sleeper berths, but there is no private shower and wash room in the cabin.

There is a luggage cabinet above the door in each carriage where you can keep some of your small luggages. The big ones can be kept under the space below the lower berths. It is advisable to keep your valuables like passport, mobile phones, laptops, tablets etc. in your hand baggage. There are also small TV screens in each cabin, for each bed.

Other facilities in the Soft Sleeper Cabins

Soft sleeper berths are wider and more comfortable. There is a small table in each cabin and charging outlets to charge your mobile phone or laptop. There are separate oxygen outlets for each berth where travelers can attach temporary tubes when the altitude gets higher. There are also on call medic in the train in case of emergencies. There are also separate hot water flasks in each cabin which can be refilled. The toilets have both western and squat style. 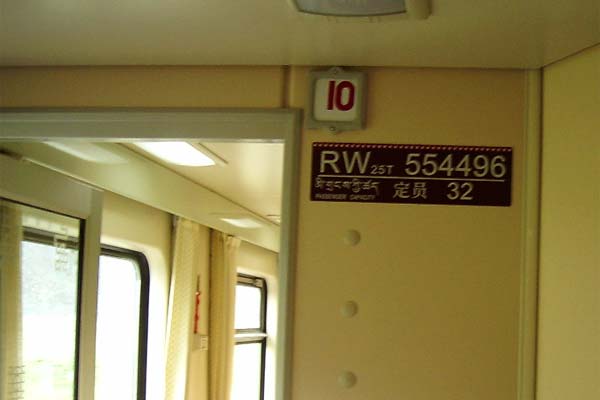 Only the soft sleeper cars have western style bathrooms (not in the private cabin). It is advisable that you buy your own tissue papers and other toiletries as they get over really fast in the train.

There is also a separate dining carriage and food trolleys from where you can buy food. The food prices are twice the cost, so to cut costs it is advisable that you buy snack bars, instant noodles, drinks, etc. before boarding the train.

Is it possible to have private cabin just for two?

How much will it cost for private soft sleeper cabin?

You will be paying for both the lower berths and upper berths you want the whole cabin. The ticket prices of a soft sleeper berth are subject to change according to the season.

Please Note: The above ticket price is just for your reference. Please contact us for exact ticket price for your Tibet train journey.