Your Tibet tour is incomplete if you do not pay a visit to the famous Potala Palace. It is the treasure house of gold and precious gems that may take several years for a full counting. It is also a site for ancient Tibetan culture, art and history. Being a World Heritage Site the Potala stands high in its grand architecture, brilliant artwork and historical importance. The Potala Palace stands as the symbol of Tibet’s unique cultural heritage and every corner of the palace is worth laying your eyes on.

You can have comprehensive knowledge of the ancient history of Tibet seeing the shrines, murals, stupas and other forms of art in the Palace. The Potala Palace remains open for the visitors throughout the year although the peak season starts from May to October. Potala Palace has witnessed the ravages of time ever since it was built by the Tibetan king TsongstenGampo and still stands as one of the most ancient architectural wonders of the world.

The actual grandeur of the ancient Palace can only be felt by visiting it and experiencing the rich architectural and artistic history that’s able to mesmerize anyone who has even a little interest in History or Religion. Rest is only human excellence.

Here we share the best parts of the Potala Palace, to help you learn more about the reason you can't miss it in your Lhasa tour.

The Potala Palace stands high with one of the most extraordinary architectures of the world. The entire palace was built with 13 exterior layers made of wood and stones and stands a tall 117 meters high. The palace complex comprises of Red and White Palaces and their auxiliary buildings on Red Mountain in the heart of the Lhasa Valley. It extends for 400 meters in the east and west and 350 meters in the north and south directions. The foundation of the palace is made of copper to prevent damage from an earthquake. The Potala Palace is one of the greatest architectural wonders of the world with a floor area of 1,399,308 square feet which is rare among the most famous palaces of the world. 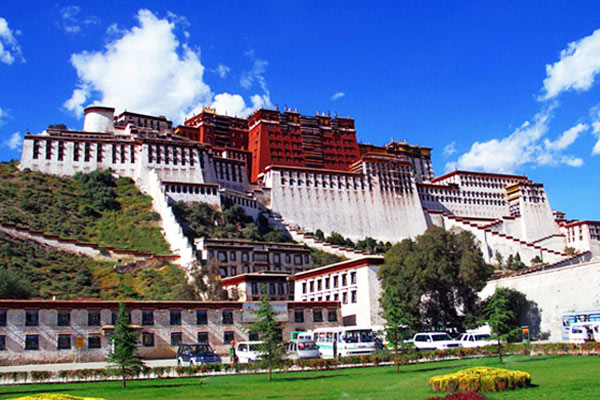 The ‘thirteen stories’ Potala Palace stands at a height of 300 meters above the valley floor and consists of 1,000 ornate rooms, extensive halls, 10,000 shrines, chapels and 200,000 statues. The walls of the palace are of 2-5 meters thick granite stones and the roofs and attics are made of wood with attractive figures of Buddhist art. The Potala Palace comprises of two sections- the White Palace (Potrang Karpo) which circumscribes the interior Red Palace (Potrang Marpo). The White Palace comprises of the living quarters of the Dalai Lama, offices, seminary and printing houses of the Tibetan Government where official meetings of Buddhist affairs are held. The Red Palace is the cynosure of the Potala Palace which is the site of religious studies and prayers. The Potrang Marpo has a complex layout of chapels, galleries, and halls at different levels of the building. The seven roofs on top of the Red Palace are made of gilded bronze that symbolize the holy stupas of the Dalai Lamas. The golden roof top of the Potala Palace is a unique view for the tourists who visit this divine place.

The Potala Palace is a treasure trove of ancient Tibetan art form which is a piece of marvel for tourists who visit this undomesticated place for its mystic charm. The most fascinating art one can witness are the 698 murals on the walls and corridors that depict some of the important events of Tibet’s history. The murals of the Palace are painted with dusts and of gold and silver and also of mineral dyes made of crushed diamonds and other precious gems. The murals extend for about 2,500 meters across the palace walls and depict Tibetan history and folklores in a vivid art form. These are the graphic representations of the life histories of the famous Buddhist monks and royal folks who have held a significant position in Tibetan history. 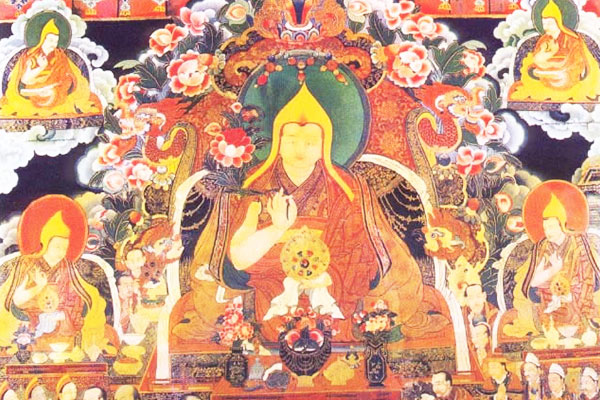 Another important Tibetan art found in the palace is the drawing of the ‘tangkas’ that depict the religious figures, doctrines, folklores of Tibetan life and historical events in the form of uranium painting on cloth, paper or raw silk. Such paintings are then framed with colour satin that gives them a unique and attractive look. Through the paintings of the ‘tangkas’, the Tibetan people uphold their vibrant culture, tradition and customs to the world. There are magnificent shrines of the Buddhist gods and goddesses all over the palace which reflects the splendid royal artwork of Tibet. The gold statue of Marici, the Buddhist goddess of light perched on the back of a boar is an art work belonging to the Ming dynasty. The statue of Hevajra Tantra standing amidst an open lotus of eight petals belonging to the 14th century Ming Dynasty is one of the precious collections of artwork belonging to the royal inhabitants. Beautiful wood carvings, clay structures and stone inscriptions belonging to the Han dynasty adorn the interior of the Potala Palace.

The Potala Palace is the abode of the greatest leader of Tibetan Buddhism, Dalai Lama, and is therefore considered to be the holiest site of Buddhist religion in Tibet. There are many stupas of Dalai Lama in different chapels of the palace. Also, there are statues of the Buddhist gods and past Dalai Lamas in both White and Red Palace of Potala. The statue of Gyuanyin (the goddess of mercy) seated on a cross legged posture with a solemn peaceful appearance is an art work of the 10th century which is made of red copper. Some of the most revered statues of the palace are the two meter high statue of Tsong Khapa (East Chapel), the silver statue of Padmasambhava (South Chapel), statues of Medicine Buddha (North Chapel), Sakyamuni and Dalai Lamas. 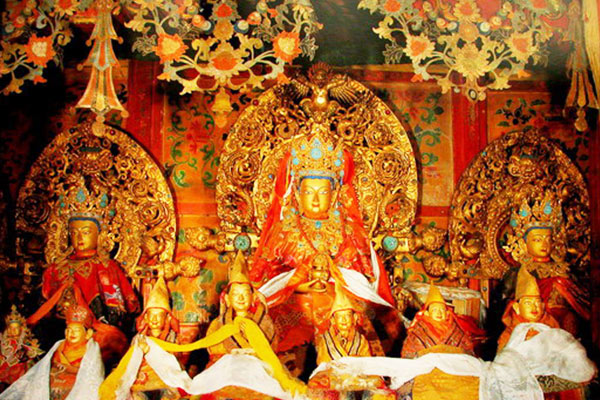 Statue of Avalokiteswara in Potala Palace

The most important shrine of the Potala Palace is the divine statue of Avalokiteswara and his two disciples which is sited in the Saint’s Chapel of the Red Palace. Another famous artwork is the 26 cm tall statue of Acala Vajra, the Budhhist warrior who is revered as the reincarnation of the enraged Mitukpa. The statue of Acala Vajra belongs to the 15th century. During the ancient time, the Potala Palace had a separate school where Buddhist monks preached different sects of Tibetan Buddhism to the young disciples.