You are browsing the site archives by month.
12May 2014 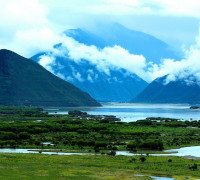 Metok County is situated in the southeast of China’s Tibet Autonomous Region. It is in the lower reaches of Yarlung Zangbo River and south eastern end of Himalayan Mountains. In about one square kilometers region, various and diverse natural resources have been developed. During several hours’ visit in the Metok County, tourists could enjoy the rich natural landscapes from alpine frigid zone to tropical forest. 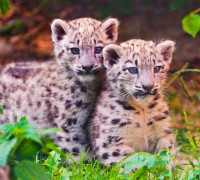 A snow leopard reservation center was set up at Mount Qomolangma National Nature Conservatory Administration Bureau on May 6th. Experts were invited to investigate local snow leopard population to provide data support to the protection of snow leopard, Xinhua reported.

Snow leopard is a grade-one protected animal. All year round they live near the snow line and in the snow field, known as “king of the snow mountain“. They habitually spend their daily time in stone cliffs with vigilance, by which they are dubbed “plateau hermit”. A research report says in China their population is even smaller than that of giant pandas.

Thanks to greater efforts on environmental protection in recent years, the snow leopard population has been on increase, which is proved by the growing number of reported cases of snow leopard attacking livestock. 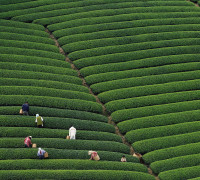 Extending over thousands of mu (1 mu=0.0667 hectares) with an altitude of 1,900-2,300 meters, it is the only tea plantation in Tibet. Thanks to humid climate and warm temperature, Yi-ong boasts a planting history of over 70 years and for more than 40 years, it caters Tibetans with quality green tea and brick tea (a tea variety specializing in alleviating symptoms from high latitude and anoxic atmosphere) which it is best-known for. 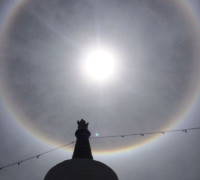 A solar halo occurs over the sky in Lhasa, capital city of southwest China’s Tibet Autonomous Region,at around 9:30 a.m., May 5, 2014. As an atmospheric optical phenomenon, solar halo occurs when sunlight goes through cirrostratus and is refracted or reflected by ice crystals. 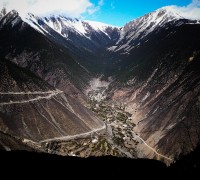 The rural roads in Tibet have exceeded 58,000 kilometers by the end of last year.

“The fast developing rural roads have transformed the dirt roads into asphalt roads. The local government of Tibet will dedicate itself to the leapfrog development of road traffic, ensuring every village could have access to rural roads,” said Tashi Phuntsok, head of the Communication Department of Tibet Autonomous Region.

Tibet Sky-Face up to the World’s Attention 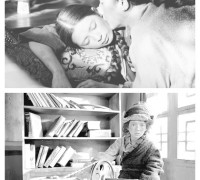 After five years’ painstaking efforts and 500 days’ filming on Tibetan plateau, the 118-minute “Tibet Sky” made its debut in Shanghai recently, facing up to the world’s attention in an artistic way.

Focusing on humanity, the film reproduced the democratic reform in Tibet and reflects the socio-historic changes happening in Tibet in the past half century.

In addition to the magnificent mountain landscape and Tibetan culture, the movie touches the audience with a story between Tenzin, child of the manor, and Phurbu, serf of Tenzin.

The childhood friends become enemies when they grow up, because of the huge gap between their identities and families. Phurbu, the serf, starts his life as a lama in the name of Tenzin, which means all chants he makes, and all his prayers, shall be owned by Tenzin.

“Good story is half done to a movie,” said Ren Zhonglun, producer of the movie, “we were willing to shoot the film as a Tibetan epic at the very beginning.”