Is it safe to travel to Tibet? FAQs about Safety in Tibet

Tibet is a beautiful place to visit, with the high mountains, shimmering lakes, and lush green valleys. A devoutly Buddhist region, the locals are friendly and welcoming, and in many places are excited to see outsiders, since many of them have never left their home villages to travel outside the region. A very romantic place to travel to, the region is one of the most popular destinations in Asia in recent years, and tourism has increased in Tibet over the last ten years. Many thousands of foreign tourists travel to Tibet every year, hoping to experience the unique way of life and visit the world’s tallest mountain.

One of the main questions people ask, however, is whether it is really safe to travel in Tibet. Though there may be a few dangers to traveling to the roof of the world caused by the high altitude, with a little care and attention, you can avoid them, and enjoy your journey of discovery in this unique Buddhist land of snow and mountains.

Is it dangerous to get Altitude Sickness in Tibet?

Altitude sickness is one of the most serious dangers of traveling to high-altitude places, and there is nowhere on the planet higher than Tibet. With an average elevation above 4,000 meters, and some places you will travel to being well over 5,500 meters, altitude sickness is a very real threat.

Also known as Acute Mountain Sickness (AMS), it is an effect of high altitudes and is caused by overexposure to low oxygen levels. However, everyone has a different susceptibility to AMS, and it can affect people in very different ways, or not at all. Moreover, having traveled to a high altitude before and not seen any symptoms in yourself is not a sign that you will not get altitude sickness. It is completely indiscriminate, and can happen when you least expect it.

Altitude sickness can occur at elevations as low as 2,000 meters, with the effects becoming more severe at higher altitudes, especially those over 5,000 meters. As the altitude increases, the lowered air pressure means there is less oxygen available to sustain your physical and mental awareness. Combined with dehydrations due to lost water vapor when breathing out, this lack of oxygen can seriously affect your cognitive abilities and muscle usage. The higher you go, the worse it can get. 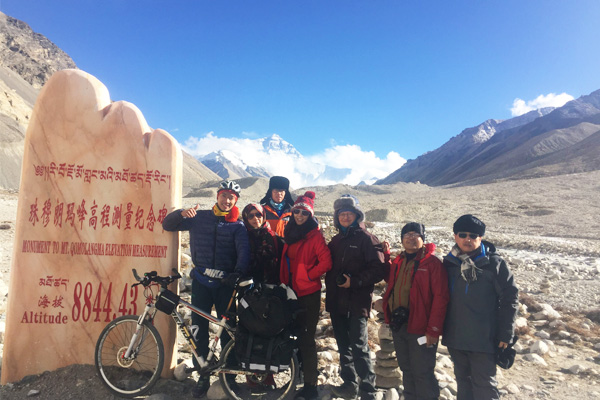 Visiting Everest Base Camp(5,200 meters), the highest point for most tourists to go

The basic symptoms of AMS include headaches caused by dehydrations, which is the primary symptom of altitude sickness, along with a loss of appetite, nausea, vomiting, dizziness, and lightheadedness. Other symptoms include fatigue or general feelings of weakness, swelling of the hands, feet, and face, nosebleeds and shortness of breath, increased heart rate, and feelings of pins and needles in the hands and feet. More serious symptoms can occur if the primary symptoms are not treated, and ultimately, severe AMS can be fatal.

There are certain medications that can help with the symptoms of AMS, such as ibuprofen or paracetamol for the headaches and anti-sickness medications for nausea. Acetazolamide, such as Diamox, can help to prevent and treat AMS, but you should consult your doctor before taking such medications with you to high altitudes.

Simpler remedies for AMS are rest and plenty of green vegetables and high protein meats in light meals, as well as increasing your water consumption, avoiding alcohol and cigarettes, avoiding strenuous exercise, and moving to a lower altitude. When ascending from lower to higher altitudes, it should be done in small distances of less than 2,000 meters at a time, with rest days to allow the body to acclimatize to the altitude before going higher.

If you are feeling the effects of altitude sickness during your Tibet tour, you should stop and rest, and inform the other people in your party, especially your guide. Most tour guides normally have oxygen in the vehicles for these emergency cases, and breathing oxygen through a tube can help to reduce the effects. If the symptoms persist, you should consult a doctor immediately.

Is it safe to travel to Tibet for sole traveler?

Traveling alone anywhere in the world carries a small amount of risk, and in some places can be quite dangerous, especially for female travelers. However, when traveling in Tibet, you are never traveling alone, even if you are traveling solo. All foreign tourists to Tibet must have a guide, driver, and private vehicle, and have booked their tour through a registered tour operator. All guides used in Tibet tours are registered guides who have undergone training specific to their job, and are normally safe to travel with alone.

If you are unsure about traveling alone with a guide and driver, then you can join one of the many join-in tours that are on offer, where you can join several other individuals traveling to Tibet, and which means there are more people to help you feel safer. 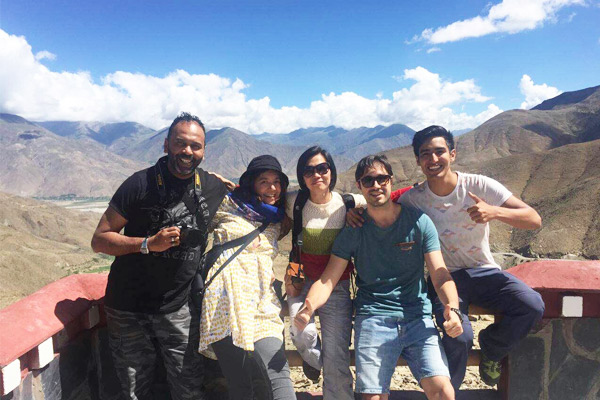 Enjoy a memorable trip to Tibet

There are many benefits of joining a small group tour in Tibet, not just the feeling of safety in numbers. Traveling with a tour means that your costs are actually reduced, since the members of the party share the cost of the guide and driver. Only a registered and reputable tour operator can obtain the Tibet Travel Permit required to enter the region, and a tour operator can handle any of the concerns you may have about traveling in Tibet.

Is it safe to travel to Tibet for the kids and the elderly?

Simply put, yes, it is perfectly safe to travel in Tibet with kids and the elderly. Tibetans are devout Buddhists, and crime in general is rare, especially outside the cities. The most people will want to do with kids is to see them and possibly hold them. Kidnapping of foreign children in Tibet has never happened, and the people are more curious about the kids than want to take them away. Foreign children are rare in Tibet, and many of the people in the remote areas of the region have never seen a foreign child, so it is a novel experience for them. 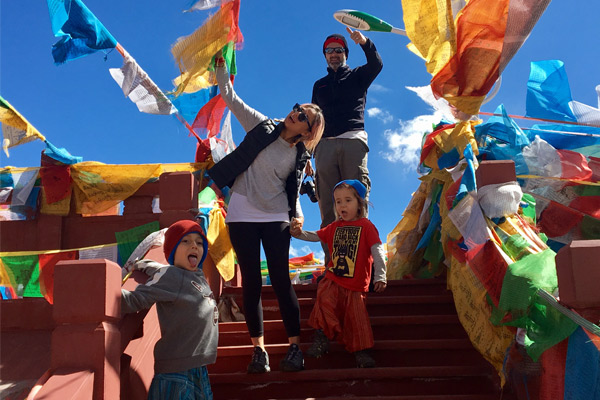 Elderly people are also safe enough when traveling in Tibet. Many elderly people have traveled with tours to the region, and the oldest ones are in their 80s. Devout Buddhists, Tibetans tend to revere the elderly as wise, and treat them with more respect than they would anyone else, even those from other countries. Village elders are still a thing in the remote places around Tibet, and it is the elders that run the village, and make the major decisions on things that affect the entire community. As an elderly person traveling in the region, you are likely to be treated a lot better than you would be in your home country in many cases.

Is it safe to take the train to Tibet?

Trains to Tibet leave from seven gateway cities across China almost every day, and there is very little crime that happens while the trains are traveling to Lhasa. Luggage is your own responsibility, and you should make sure it is secured with padlocks or their own locks, and stowed safely in your cabin. Expensive items such as laptops, tablets, and cellphones should be kept on your person, as should your important documents such as passport, Tibet Travel permit, etc. You should not leave valuable items in plain sight, as it can be a temptation, and while crime is relatively low on the trains, it does happen. 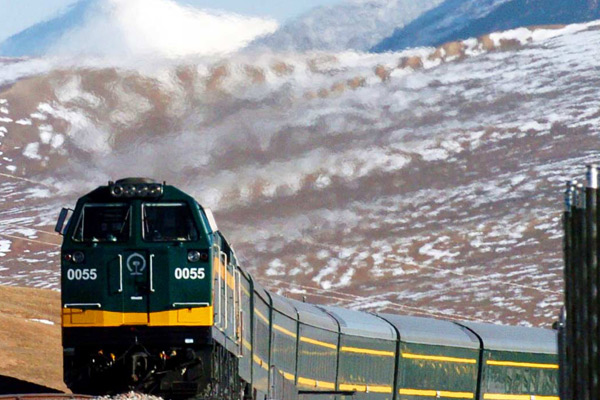 Get to Tibet by Qingzang Railway

The best option for keeping your items and luggage safe on board is to book a berth in a soft sleeper cabin, as the door can be locked when you leave to eat or use the washroom, and if you are in a party, you can book all the berths in one cabin to ensure better security. The staff of the train are often roaming around, and there are normally Police officers that travel on the trains to discourage crime during the journeys. If you do find that something has been taken, you should report it to the train staff and the police immediately, and if it cannot be recovered, you will get an incident report that you can use with your insurance company.

What should I pay attention to when I visit Tibet?

There are a few other things to pay keen attention to when visiting Tibet, and these tips can help you stay safe and out of trouble during your tour.

Dogs can be found roaming all over Tibet, and as with many Asian countries, often run wild and live on the streets. Often found around temples and monasteries, they are generally tame, and will not harm you, although it is unwise to pet them, they are not the trained dogs you are used to. Many nomadic settlements have the huge Tibetan mastiffs as guard dogs for both the herds and the families, and these can be very dangerous animals. Fiercely protective, they should be given a wide berth at all times.

Begging is a long-standing tradition in Tibet, and you can often see people begging for alms in the cities. It is your choice whether to give them money, and if you want to give, it is best to keep change in your pocket to give to the beggars, rather than getting your wallet out in the open streets.

Tibet is a devout Buddhist place, and there are some rules that you should adhere to when traveling. Women in Tibet do not wear revealing clothing, so it is best to cover up with long pants or a skirt, and wear long pants and long-sleeved tops when visiting temples and monasteries, as showing too much skin is deemed improper, and you may be refused entry. There are also many customs in Tibet that you will need to learn, such as not pointing the bottom of your feet at people and shrines, and not stepping on the threshold of the entrance when entering monasteries and temples. Your local guide will be able to advise you on all the best things to do and avoid in order to save you from making some fatal mistakes.

0 Comment ON "Is it safe to travel to Tibet? FAQs about Safety in Tibet"