Is it Possible to Travel from India to Tibet by Road?

Tibet is a place where people go to lose themselves so that they can rediscover who they are. A dazzling and mystical land full of promise and enchantment, it is one of the holy places for Hindus and Buddhists from around the world. None more so than India, whose Hindu people regularly travel from their home country to the heights of the Tibetan plateau to worship at the sacred sites in Tibet. For many thousands of years, Indians have held Tibet in high regard, a place of retreat from the world and everyday life, and a place in which to collect one’s thoughts, and become more spiritual in the process.

Whether it is for the holy pilgrimage to Mount Kailash and Lake Manasarovar or a visit to the Tibetan capital of Lhasa, for many Indian people it is the journey of a lifetime. Yet, despite the number of Indians that come to Tibet every year and the shared border between Tibet and India, there are no proper border crossings between India and Tibet for Indian tourists.

This means that they must travel through either Nepal or mainland China in order to get to the plateau, and are required to have many of the same documents as everyone else. There are, of course, other options for Indians traveling to Tibet as pilgrims, although they will also need certain documents, but some of the rules are different if you are traveling on a pilgrimage.

For tourists from India entering Tibet they can travel through Nepal, which has an agreement for the freedom of movement between the two countries, which does not require a visa or even a passport as long as you have valid identification. Indians can also reside permanently in Nepal with no restriction, which makes the country a preferable entry point into Tibet. 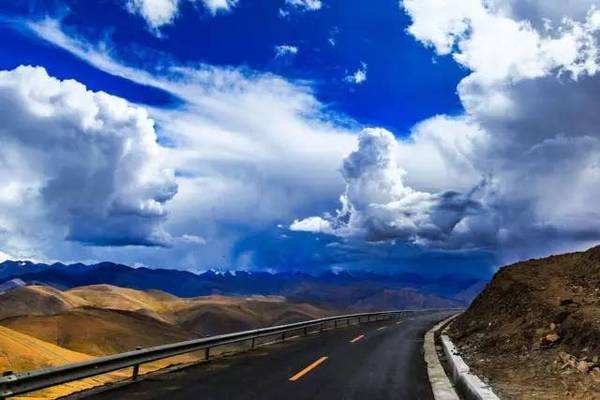 Highway from Nepal to Lhasa

Once, Indian passport holders could only travel into Tibet from Nepal by road, but after the earthquake of 2015 that closed the Sino-Nepal border crossing at Zhangmu, the only tourist crossing point, Indians were permitted to use the Tribhuvan International Airport, and fly to Lhasa to get to Tibet. Since the border crossing was reopened at Gyirong Port in August 2017, Indians have once again been able to cross from Nepal to Tibet overland, and the option of flying to Lhasa has remained open for Indian tourists.

This now means that there are two overland routes to Tibet, depending on your preference for travel and where you are going, as well as the option to fly into Lhasa.

How to Get to Tibet from Nepal by Road

The first, and primary, route for travelers into Tibet overland is to pass across the Sino-Nepal border at Gyirong Port. The border crossing is around 120 kilometers nosrth of Kathmandu, and can be easily reached by public bus or private car rental. The trip takes around six hours, as the roads are not in very good condition, and are narrow and winding, especially where they head up into the Himalayas towards the crossing point. 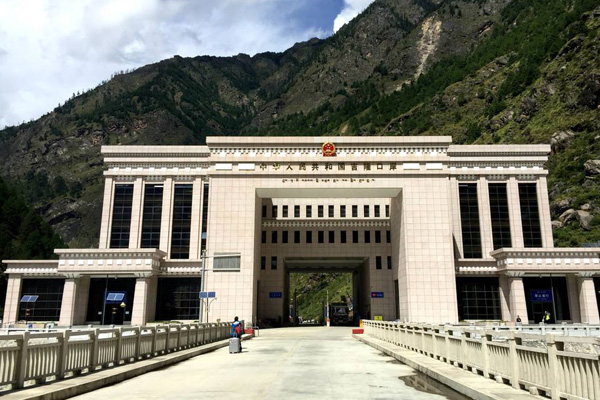 Pass across the Sino-Nepal Border at Gyirong Port

On the Nepal side, the crossing point is known as Rasuwagadhi Fort, and it lies at the western end of the Resuo Bridge, which spans the Trishuli River Gorge. On the Tibetan Side, the checkpoint is known as Gyirong Port, and the only way across is to walk across the bridge from the drop-off point of the bus or private vehicle. Once across the bridge and through immigration, you will be met by your guide and driver, and transported to the nearest town, Gyirong Town, often for the first night on the plateau, to allow some acclimatization.

For those heading to Lhasa, the tour will normally start the next day, and your guide and driver will be with you the entire time, as individual travel in Tibet is not permitted for non-Chinese passport holders. Your tour will take you all the way to Lhasa, from where you will make your way out of Tibet at the end of your tour.

For those traveling to Mount Kailash, the route is very different, and instead of heading east after Gyirong Town, you head northwest and into Ngari Prefecture, where the holy mountain is located. The route to Darchen, the closest town to Mount Kailash and Lake Manasarovar, takes around four days from Kathmandu, and you will be able to stay in Darchen before heading to the holy mountain the following day.

The second route to Tibet is through Nepal to Simikot and then on to Hilsa, a border town in northeast Nepal that crosses direct into Ngari Prefecture. This is a popular route for those tourists from India traveling direct to Mount Kailash, and the standard overland route includes a trek along the Limi Valley to Hilsa, where you will cross the river bridge into Tibet. Once on the other side of the bridge, you will be met by your guide and driver, and driven to Burang, the nearest town, from there, it is just a single day’s drive to Darchen and Mount Kailash.

Another alternative is to fly to mainland China, and then make your way to Tibet from there. The flights can be taken from several of the major Indian airports, including Delhi, Kolkata, Hyderabad, Mumbai, Chennai, and other places. Flights from India land at Beijing, Shanghai, Chengdu, Guangzhou, and Chongqing, and from there a flight to Tibet can be booked. Flights to Tibet vary depending on the departure location, but can cost from as little as around 17,000 INR for a one-way economy flight. Flights from Beijing and Shanghai are more costly than those from Chongqing and Chengdu.

The other popular option is to travel to Tibet by train. Trains to Tibet leave from the seven gateway cities across China, many of which coincide with incoming flights from India, such as Chengdu, Chongqing, Beijing, Shanghai, and Guangzhou, as well as Lanzhou and Xining. The trains are all fully fitted with three classes of tickets, soft sleeper berths, which are the first-class option, hard sleeper berths, the second-class option, and the hard seats, though these are not recommended due to the long travel time. Travel time varies from city to city, with the shortest time being 22 hours and the longest being 53 hours. Prices also vary, with Xining being the cheapest and Guangzhou the most costly. 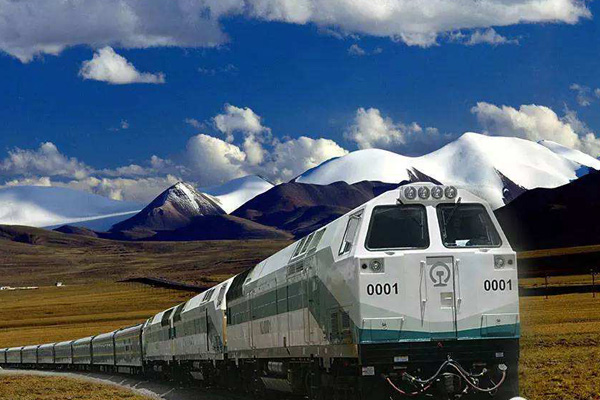 Take a Train to Tibet

There is also the option of traveling by road from China to Tibet, and while it is an amazing adventure, it is not for the faint hearted. Travel times along the Sichuan Tibet Highway or the Qinghai Tibet Highway can be as much as 10-12 days, depending on your speed and how far traveled each day. You will also need to book the driving tour through a tour operator such as Tibet Vista as independent travel is not permitted in Tibet, and only Chinese driving license holders are permitted to drive in China.

How to Get Tibet Travel Permit for Indian

For Indian Tourists who will not go to Mount Kailash

For tourists, usually those not intending to do a pilgrimage kora around Mount Kailash, the standard procedure applies, and the permit must be obtained through a registered tour operator such as Tibet Vista. Once you have booked your tour, the tour operator will require a copy of your passport and Chinese Entry Visa (is entering through China), and will make the application on your behalf. The processing time is around 15-20 days, so it is best to book your tour early so there is plenty of time to obtain the permit.

For those entering through Nepal, a Group Tourist Visa will be issued instead of the normal Chinese Entry Visa once you reach Kathmandu, and takes around three working days to process. You will need to be in Kathmandu at least five working days prior to your departure date, and will need to provide your original passport to the tour agent.

The Tibet Travel Permit will be provided to you at your hotel in China, if traveling that way, or will be handed to you along with your Group Tourist Visa in Kathmandu before you leave for Tibet. The permit is essential to your travel, and should be kept on your person in a safe place, as it will be needed for hotels and police checkpoints across the region.

For Indian Pilgrims who will go to Mount Kailash

The Tibet Travel Permit is also required for those traveling to Mount Kailash on a pilgrimage, although these permits are normally verified and confirmed by the Foreign Affairs Department for the Tibet Autonomous Region. They will also be attested by the Department of Public Security, the Tibet Military Office, and the Armed Police Tibet Frontier Corps.

The permits are authorized by both the Foreign Affairs office and the Tibet-India Pilgrim Reception Center, a non-government office that helps to ensure all pilgrimage tours to Mount Kailash are presented with free tours, accommodations, guides, yaks (if required), and itineraries. Pilgrimage tours are only done through the Tibet-India Pilgrim Reception Center and cannot be handled by independent tour operators.

0 Comment ON "Is it Possible to Travel from India to Tibet by Road?"