How Much Does It Cost to Travel to Tibet?

It has to be said that traveling to Tibet is not the cheapest holiday you could take. With many expenses such as flights to either China or Nepal, and then additional flights or train tickets to Tibet Autonomous region, as well as the increased cost of traveling in the region due to the restrictions on foreign travel, the cost can be very high. Tourists are required to have a booked tour through a registered local tour operator, as well as a tour guide, driver, and private vehicle. On top of that, staying in hotels and guest houses is restricted to those that are registered for foreign guests, and the much cheaper lodges are not normally available for foreign tourists.

Traveling in Tibet independently is not permitted, and applying for a Tibet Travel permit requires you to have booked a tour with a tour operator first. The tour operator is responsible for handling the tour, your permits, and entrance tickets to the various sites you will visit, as well as a few other items. They can also book your hotel accommodation for you for the whole tour, and can often get you better prices than if you booked it yourself. Entering Tibet requires the Tibet travel Permit, and apart from the train ride across the plateau to Lhasa (from which you are not allowed to disembark once in Tibet), all travel outside the city itself must be with a tour guide. Travel in Lhasa, for shopping in certain markest and bazaars, or just wandering around the streets to see the city is permitted without your tour guide, but you will not be able to enter any site on your own.

You can, of course, cut down on the cost of a Tibet tour in several ways, and the most popular one is to join a group tour, traveling with other individuals heading for the same places in Tibet that interest you, and thus sharing some of the costs. On average, a tour of five days can cost as little as US$ 650 per person, and as much as US$ 1,500, depending on the tour type, accommodation, food, etc.

Join in a Group Tour or a Private Tour

Group tours are fast becoming the most popular option for travelers heading for Tibet, and we have many join-in group tours in Tibet running on set dates with pre-arranged itineraries that you can look at and join. You will be traveling with other tourists who have booked the same tour, and will share the guide, vehicle, and driver for the entire tour. Group tours are one of the main ways to reduce the cost of your holiday, and are ideal for those traveling alone who are on a budget and like to have company during their trip. 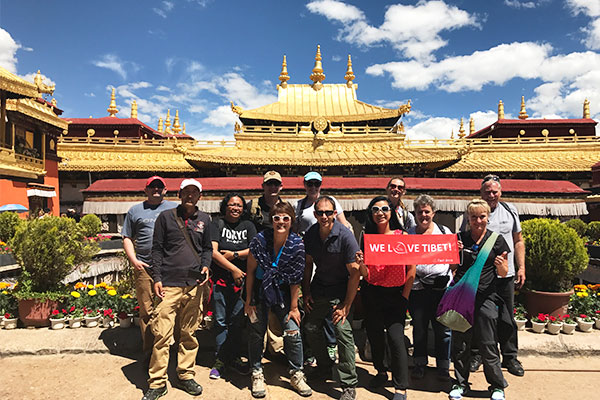 Private tours are available for those who want them, and are a good option for groups of friends or families that do not want to deal with strangers during their trip. AS with the group tour, you will be provided with a guide, driver, and private vehicle for the duration of your stay in Tibet, and the guide will be with you at all times when traveling. Private tours are, however, much more expensive for families, since it is normally only one person paying, but for groups of friends, they can be as good as a group tour, since each person can pay for their portion of the tour costs.

Travel to Tibet in Peak Season or Low Season

Tibet is a four-season region, and the peak season is from June to August, which is the summer in the region. Peak season in Tibet means that it is the busiest time of the year, with thousands of tourists heading for the plateau daily, and many of the attractions and sites being crowded. In fact, it has become so crowded in Lhasa in the summer that the Potala Palace has a maximum number of visitors at any one time, and limited time for visiting of one hour each, to enable more people to see the stunning palace, and to prevent damage from excessive visitors. Summer is also the rainy season in Tibet, although it does not really rain much. Most of Tibet sees very little rain through the summer, and when it does rain it normally comes in the late afternoon or early evening, giving you most of the day free from showers. Summer also sees a higher oxygen content in the region, which slightly reduces the risk of altitude sickness, although you may suffer from overcrowding.

Winter is the low season for tourism, with March being closed to foreign visitors. From November to February, the weather is cool or cold, and snow falls in many areas around the region. Some areas are even cut off completely for months until the thaw comes in spring. However, it is not as cold as many people think, and the sun shines every day on the plateau, making it warm enough to be comfortable with a sweater. It can get very cold at night, though, with temperatures falling well below freezing, so good warm gear is needed no matter how warm the days are.

Winter is also a good time to travel for those who do not like the crowds. Less tourists and colder weather means the sites are easier to get into and you have a better chance of experiencing the unique Tibetan culture at first hand. You will also find that there are various discounts on flights, train tickets, and hotels in the winter.

Spring and autumn are known as the “shoulder” seasons, between the high and low seasons, although they can also get quite busy as well. Both shoulder seasons are ideal for trekking and mountain climbing in Tibet, and are popular with those people who like a little more warmth, but without the crowds. The skies are also nice and clear, with little chance of rain, and great views of the mighty Himalayas.

There are many different kinds of accommodation in Tibet, although in the more remote regions of the plateau you will find that accommodations are a little basic, and can sometimes be large Tibetan tents. In Lhasa, accommodations range from the smaller hostels and lodges to the five-star hotels that cost an arm and a leg to stay in. 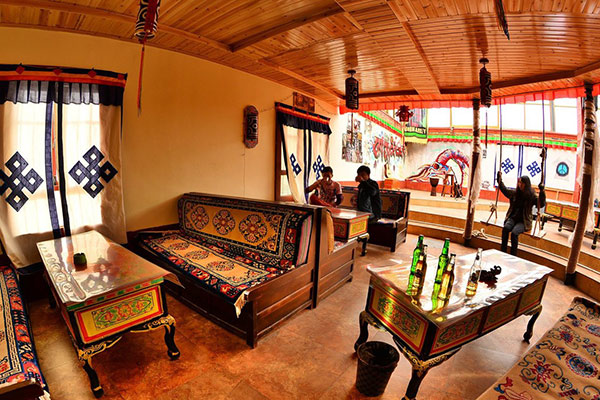 Lhasa has several luxury hotels that can be booked for the portion of your tour in the Tibetan capital, and there are a few in Shigatse as well. For these high-end hotels, you can be looking at paying between US$ 90 to US$ 150 per person per night, although that usually includes breakfast. While you can expect the best in accommodation, there is very little difference from staying in a luxury hotel in New York, except that the noise is less, and you will experience less of the unique Tibetan culture.

The mid-range accommodations are three-star hotels and hostels that can charge from thirty to sixty dollars per night for a double room, and are often the most popular choice for travelers to Tibet. These mid-range hotels have all modern facilities, including Wi-Fi and en-suite bathroom, and are a little less luxurious, but are very comfortable, and many are run by local Tibetans, with Tibetan-style buildings that have a unique character and style.

On the budget end of the market, there are hostels and lodges that charge around 8-12 dollars per person per night for a twin room without an attached bathroom. Ideal for those on a budget, these hostels are comfortable, but basic, often with no Wi-Fi, but normally include breakfast and are the perfect place to stay for those who wish to learn more about local Tibetan culture.

Traveling to Tibet is a costly affair, with high flight prices from all the major airports in China and Nepal. Flights from China can cost as much as US$ 1,500 each way, depending on the departure point and the season of travel, or as little as US$ 160 from places like Xining. And that is on top of your ticket to China from your home country.

Traveling by Tibet trains is the cheaper option for most people (but not in peak seasons), and trains to Tibet range from as little as 78 dollars or as much as US$ 232. This pricing depends on your departure city, with Xining being the lowest cost and Guangzhou having the highest prices. However, this is much cheaper than a flight from the same city. Travel time varies from one to three days, and despite the long journey time, the trains are an adventure all of their own.

Travel to Tibet by train

In Tibet, there is only one option for traveling between cities or out to the famous sites such as Everest base Camp: private vehicle. The cost of this will vary, depending on where you are going, and how many in your party, as well as how long you are going to stay.

Some Tips on How to Cut Down Your Tibet Tour Cost

With the cost of a Tibet tour being so high, many people think that it is above their budget. However, there are ways in which you can cut down the cost of your tour to Tibet, so that you can make it match your budget.

Traveling by train is the cheaper option for getting to Tibet, and while the journeys are long, the fare is much less than flying, and neither really makes any difference when it comes to acclimatizing to the altitude of Lhasa. Try to arrange the cheapest flight to one of the less expensive gateway cities in China, such as Xining, Lanzhou, Chengdu, or Chongqing.

Joining a group tour is another way to save money. Traveling with up to ten other people means that, while you will pay for the main costs of the trip, the cost of the tour guide, the driver, the private vehicle and even the tips will be shared between all the members of the party. Since these are major expenses, they can reduce the cost of the trip by as much as 50 percent in some cases.

Accommodations can also be costly, and if you are looking for more comfort than the budget hostels and lodges, then sharing with other members of the group can reduce the cost of hotel rooms, and you will not have to pay single room supplements.

You can also travel to Tibet in the low season, from November to January, when there are more discounts available for flights, lower train fares, and hotels have reduced-price rooms available.

0 Comment ON "How Much Does It Cost to Travel to Tibet?"