What is the Cheapest Way to Visit Tibet?

Sitting at the roof of the world, Tibet Autonomous region lies on the world’s highest plateau, and can only be accessed from mainland China or from Nepal. However, it is not like any other place in Southeast Asia, which you can travel to easily, obtaining visas when you get there and traveling around the country wherever and whenever you like, using public transport and hiking as a backpacker. Tibet is very different, and is often considered to be an expensive destination because of it.

Traveling to an around Tibet is not permitted without a registered guide from an approved Tibet local tour operator, like us, and it is impossible to get the permit to enter Tibet yourself. While you are required to have a pre-booked tour, a tour guide, and a private vehicle with driver, there are ways to get to the land of snows without breaking the bank. Group tours and join-in tours are increasingly popular with budget travelers, and allow you to get to Tibet for your holiday of a lifetime without it costing an arm and a leg.

Taking a Tibet group tour, during which you can travel with a whole group of friends, or the join-in tours that allow you to join a group of complete strangers, can help to reduce the cost of your Tibet tour. This means that certain costs of the tour can be shared between all the members of the party, such as the cost of the guide, the driver, the vehicle, the gasoline, and in some cases even the cost of accommodation. 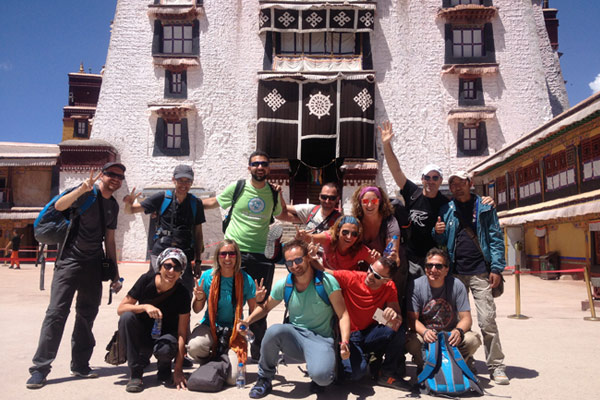 Joining a group tour to reduce the cost of your Tibet tour.

Generally, your journey to Tibet from Nepal or China is not included in the cost of the group tour, and needs to be shouldered by you alone. There are many rumors about traveling to Tibet and which ways of travel are the cheapest, though everyone knows flying is always going to be the most expensive option.

The other expensive option for traveling to Tibet is to drive there overland from mainland China, along either the Qinghai Tibet Highway or the Sichuan Tibet Highway. This cannot be done cheaply, as you are required to have a driver, guide, and private vehicle as soon as you enter Tibet by car, and these would have to be with you from the start.

Rumor 1: The Tibet Train is Cheaper than the Flight

Look around on the internet, and you will see many posts and blogs that tell you the train is the cheapest option compared to flights. This is true when considered from any of the seven gateway cities that the train to Tibet leaves for its journey to Lhasa. However, even when you consider that there are airports in places that do not have trains to Lhasa, none of them can provide a flight to the Tibetan capital for less than the cost of the nearest train gateway city. 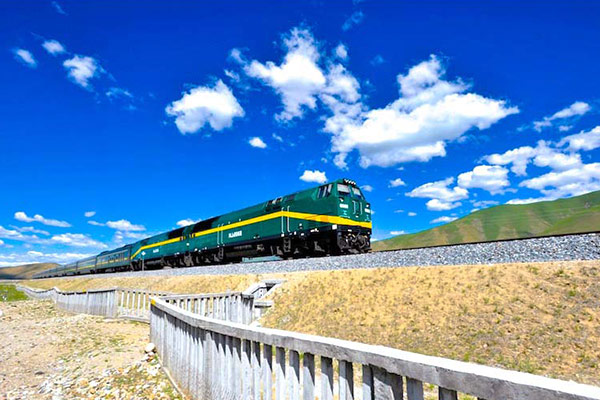 Travel to Tibet by Train

In Comparison, a flight to Lhasa from Chengdu costs from around 1,409 CNY in June, which will go up more as the peak season passes. The train from Chengdu to Lhasa, which takes 37 hours to reach the Tibetan capital, costs around 998 CNY for the first-class soft sleeper berth, which is over 400 CNY less. However, during the peak seasons, tourists may need to pay extra fees to get one train ticket. And usually the total cost is higher than the flight ticket.

The most expensive train ticket to Lhasa is from Guangzhou, where the soft sleeper berth costs from 1,468 CNY in the low season, and even more in the high season. This means that the flight from Chengdu is actually cheaper than the train from Guangzhou, making the rumor not 100% true. The cheapest cost of a train ticket to Lhasa is the hard sleeper berth from Xining, which costs around 495 CNY each way, although this can increase during peak tourist months. No flight can actually beat this cost, and an extensive search of the comparison websites will soon tell you the same.

This means, effectively, that the rumor is true only when comparing flights and train journeys from the same places. You need to take into consideration whether there is an international flight into the airport from where you will fly to Tibet, because if there is not, then you have an added expense of getting a domestic flight within China.

Rumor 2: Cycling to Tibet is a Cheap Way to Go for Budget Tourists

This seems like it could be true, since taking a bike requires no gasoline, airport taxes, or even ticket costs, and all you need to power your way along the roads from mainland China to Tibet is enough food to give you plenty of energy. Your legs are the engine, your eyes are the headlights, and you can drive yourself. 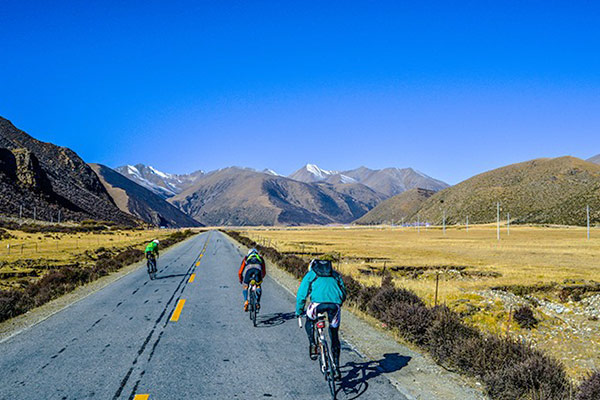 Travel to Tibet by Bike

However, as with taking an overland tour to Lhasa by car, you cannot travel within Tibet without a guide, driver, and private vehicle, even if you are on your own mountain bike. While many people do travel overland along the Qinghai Tibet Highway to Lhasa by bike, once they reach the Tibetan boundary, they are required to have all of the requirements of any other tourist in Tibet. This means that, even though you are not using the car, you have to have one as your support vehicle, and you need the guide and driver as well.

Even if there are a few of you doing the same route on your bikes, this is still going to be an expensive trip, and since it can take around 18 days just to get from Golmud to Lhasa. And there is still the cost of getting you, your bike, and your entire luggage to Golmud to start your tour. For budget tourists to Tibet, Biking is definitely not the way to go.

Tips for Cutting Down the Cost of Your Tibet Tour

Flights to Tibet from Nearby Cities are Much Cheaper

Flights to Tibet can be expensive, but with more international flights landing in places like Chengdu, Chongqing, etc., the cost of the flight can be reduced by choosing those cities as your destinations instead of Beijing or Shanghai. A direct flight from Chengdu to Lhasa costs around 1,400 CNY, each way, while the same domestic flight to Lhasa from Beijing can cost from around 3,400 CNY, which is more than twice as much as flying from Chengdu.

Similarly, a flight from Kunming costs only around 1,200 CNY, a little less than Chengdu, although it is a little further. The train to Kunming from Chengdu actually only costs around 130 CNY for the seat fare, which is acceptable as it is not a long journey, though this does not make much of a saving.

From Chongqing, the average flight direct to Lhasa costs around 1,200 CNY, which is more than a third of the cost of the ticket from Beijing, making Kunming and Chongqing the cheapest cities from which to fly to Tibet.

Book Train Tickets as Early as Possible in Peak Months

Tibet Train tickets from one of the seven gateway cities in China to Lhasa in Tibet have different costs depending on the season. However, one thing you can guarantee, despite the higher cost of tickets for the trains in the peak months, is that you need to book early in order to get your ticket for the required travel date.

Tibet is a popular destination in the summer months, and literally hundreds of thousands of Chinese tourists head to the plateau for their annual vacation time. Tickets for the trains from the major cities such as Guangzhou, Beijing, and Shanghai sell out very quickly, as people are dying to get out of the city and enjoy the fresh air of the plateau for a few days.

Winter ticket booking is not normally a problem, and you should be able to get tickets for your required dates without booking 2 months in advance, though it is still a good idea to book early. Ticket prices do not change depending on when you book them, only on the season of travel.

0 Comment ON "What is the Cheapest Way to Visit Tibet?"