Is It Possible to Travel from Beijing to Kathmandu by Road

It is one of the most asked questions by our former travelers who decided to start their Tibet tour from Beijing that whether they can extend their trip in Tibet to Kathmandu, Nepal from Beijing directly by road. 4,312 kilometers by road from Beijing lies the Sino-Nepal border crossing town of Gyirong. Sitting close to the border between Nepal and Tibet, Gyirong is the last town in China before you enter Tibet. After Gyirong Town, it is another 30 kilometers to the border, and then around 120 kilometers to Kathmandu. Beijing, on the other hand, lies in the far east of China, close to the coast and the furthest major town from Kathmandu that it is possible to get. The capital city of the People’s Republic of China, Beijing has become the starting point for one of the most challenging journeys in the world; the overland drive from Beijing to Kathmandu. 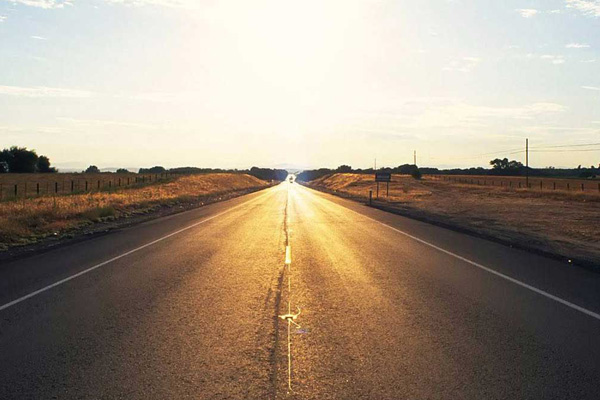 Highway from Beijing to Kathmandu

With such a huge distance between the two cities, one could be forgiven for thinking that driving this phenomenal distance in a car would be impossible. Overall, it would be like driving from New York to Los Angeles, and back! However, with the ever expanding Chinese road network, which is fast becoming a major rival to that of the United States, making this journey is a distinct possibility.

While it may seem like an insane idea, there are many people who are taking the roads to Lhasa and beyond, and they are definitely not crazy. All it takes is a little determination, and a lot of money and you can be out there driving across the whole of China to get to Nepal, and the stunning city of Kathmandu. However, it is not cheap to make this incredible journey. On average, the cost of traveling overland by car across the entirety of China comes to around US$ 850, not including accommodation, food, water, and any essential repairs. In comparison with a flight that can be booked for around US$ 350, this is an expense that only the most determined will agree to.

There are several routes one could take across mainland China to Lhasa, before taking the Friendship Highway to Kathmandu, but of the routes available, the G109 National Highway to Xining, and then the Qinghai Tibet Highway to Lhasa is the most obvious choice. Not only is it the shortest, it is also considered to be the safest, since the G318 from Sichuan to Lhasa still has stretches of dirt and gravel roads that can be dangerous to drive, even for an experienced driver.

The total trip, if you drove without stopping, at an average speed of around 60km/h, would take you around 75 hours. However, driving non-stop for 75 hours in impossible, so with rest stops and averaging 10 hours driving per day, it is an eight-day journey across the entire breadth of China. If you want to spend some time sightseeing, you should allow yourself at least ten or twelve days to make the trip.

Beijing to Lhasa via National Highway 109

China has a huge network of roads criss-crossing the entire country, from Beijing in the east to Xining in the west, and all the way south to Guangzhou and Hong Kong, so driving on decent roads is not a problem. The first leg of the trip runs from Beijing to Lhasa, the Tibetan capital, and covers a distance of around 3,605 kilometers.

The classic route to take, in this case, would be the G109, which runs all the way from Beijing to Lhasa, crossing six Chinese Provinces before finally entering Tibet Autonomous Region, and ending in the Tibetan capital of Lhasa. Passing through the provinces of Hebei, Shanxi, Inner Mongolia Autonomous Region, Ningxia Hui Autonomous region, Gansu, and Qinghai, the road covers five separate provinces before it reaches Tibet. 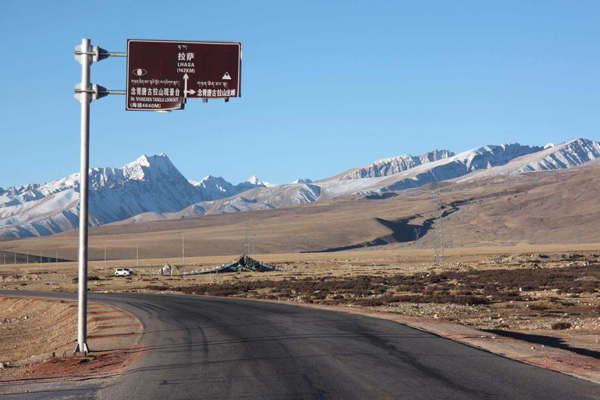 Beijing to Lhasa via G109

Once in Xining, which is an ideal place to stop to acclimatize to a higher altitude before continuing on to the plateau, the road heads west, past the Qinghai Lake and Chakayan Lake, continuing all the way to Golmud, the start of the next climb. From Golmud, most people try to make the climb up over the Tanggula Mountains in one fast run, to avoid having to stop overnight in the highest altitudes that you can drive in Tibet. The highest point of the Qinghai Tibet Highway, Tanggula Pass, lies at 5,231 meters above sea level, and while being a great place to get some photos of the surrounding mountains, is not the best place to have to stop for the night. Stopping at this elevation could increase the risk of altitude sickness, and it is best to get to a lower elevation before you stop for the day.

Once over the Kunlun Mountains, the road passes through the Hoh Xil National Nature Reserve, and heads south, crossing the boundary for Tibet north of Nagqu, and then traveling down through Tibet to Lhasa.

Lhasa to Kathmandu via Sino-Nepal Highway

The route from Lhasa to Kathmandu follows the G318 National Road, known as the Sino-Nepal Friendship Highway, which is an extension of the G318 from Shanghai to Lhasa road. Traveling around 750 kilometers from Lhasa to Gyirong Town, the last town before the border, the road runs through Shigatse and Tingri, before taking the western fork onto the S214 County Road just after Menbuxiang.

From there it is another 117 kilometers through some of the most stunning landscapes to Gyirong Town, passing by Langqiang Lake and Paiku Lake along the way. From Gyirong Town, it is around 90 kilometers to the border crossing point at the Resuo Bridge, which spans the Trishuli River Gorge into Nepal.

Once across the bridge and through Nepali immigration, the road continues down from the high mountains of the Himalayas to the lowland valleys of Nepal. The road to Kathmandu passes through the edge of the Langtang National Park, and runs direct to the Nepali capital, a distance of around 120 kilometers. The road from Rasuwagadhi is a narrow road with dirt and gravel sections in many places.

More Alternative Ways to Travel from Beijing to Kathmandu

Since not every travelers have enough time to take this long overland journey from Beijing to Kathmandu, there are some other ways to go from the capital city of China to center of Nepal.

Train to Tibet from Beijing and then Overland to Kathmandu

Taking the train from Beijing to Lhasa via Xining is another alternative to getting to Kathmandu, and one that is often more popular with most people. The Tibet train from Beijing takes around 41 hours to cover the 3,757 kilometers of railway tracks across China and down into Tibet. The train follows a route through Lanzhou and Xining to Lhasa, taking the famous Qinghai Tibet Railway from Xining, across the Kunlun Mountains and down through Nagqu to the Tibetan Capital.

The overland tour from Lhasa to Kathmandu follows the normal tour routes, which take in Gyantse, the home of the Pelkor Chode Monastery and the Gyantse Kumbum, before heading back to the Friendship Highway and Shigatse. From Shigatse, the capital of Shigatse Prefecture, the G318 Friendship Highway runs west as far as Menbuxiang, then takes a fork in the road to follow the S214 that runs to Gyirong Town. Gyirong is the last decent-sized town before the Nepal border, and it is around 90 kilometers from the town to the border crossing at Gyirong Port.

Getting to Gyirong Port from Lhasa, after taking the train to the Tibetan capital, usually means an organized tour across the plateau with a Tibetan tour operator such as Tibet Vista. The normal tour to the border takes around seven days, and includes stops at the major tourist attractions in the region, including Mount Everest.

At the border, you will be dropped off, and cross the Trishuli River Gorge over the Resuo Bridge to the Nepal immigration office on the other side. After passing through immigration, you will need to get on the bus for Kathmandu that picks up from outside the immigration office, and which takes around six hours to travel the 120 kilometers to the Nepali capital. The roads are narrow and winding, and are just dirt or gravel in places, with many other vehicles coming the other way, including trucks and other buses. Once out of the mountains, the road gets better, and the journey the rest of the way to the capital is quicker, and less bumpy.