Top Thing to Do and Experience in Amdo Tibet

Tibet has myriads of visages to be unfolded and uncovered. Tourists flocking in Tibet make a prior plan to visit the places they want to. Covering the entire Tibet in a single trip is next to impossible. One such amazing destination is the Amdo county of Tibet. Amdo is one of the three traditional regions of Tibet. Standing at the edge of the Qinghai-Tibet plateau, Amdo Tibet exhibits vast topography and culture.

With an awesome view of snow capped mountains, glaciers, lakes and grasslands, Amdo Tibet appeals to the tourists like a soothing balm. The religious essence of the monasteries in Amdo Tibet like Taer monastery, Labrang monastery, Langmusi, Kirti monastery and Sertri monastery prove the cultural benevolence of the place. 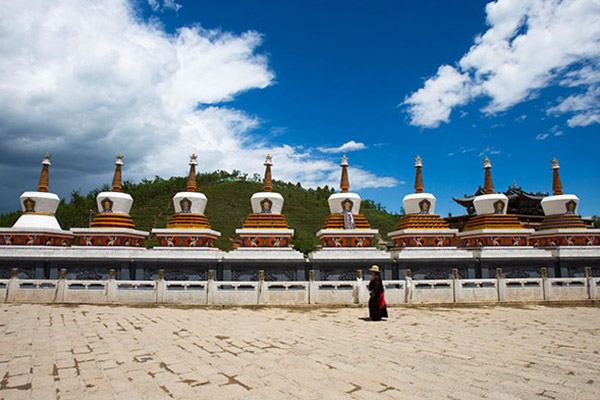 Amdo Tibet in the Nagqu prefecture of Northern Tibet is one of the highest settlements in the world. Amdo is a perfect representation of Tibetan culture, tradition and spirit. The inhabitants of this place often play the role of a good host and display friendly gesture towards the tourists coming here.

Things to Do and Experience Here

Tongren, also known as Rebgong by Tibetans, is located in the historic region of Amdo. It lies in the North east part of Guizhou province and known as the “Gateway of the Guizhou Eastern area”. Tongren is a famous tourist destination owing to its scenic beauty and cultural aspects. Tourists coming to Tongren region must pay a visit to the China Nuo Opera, Dongshan Temple and Nuo Mask Museum for an ethnic experience. There are also small ethnic groups in the town Tongren region – Dong, Miao and Tujia. It is a fascinating experience to have a glimpse of the social customs and traditions. The folk songs of these groups and performances like 'Climbing the blade in Nuo Opera' are the other attractions of this place which should not be missed. 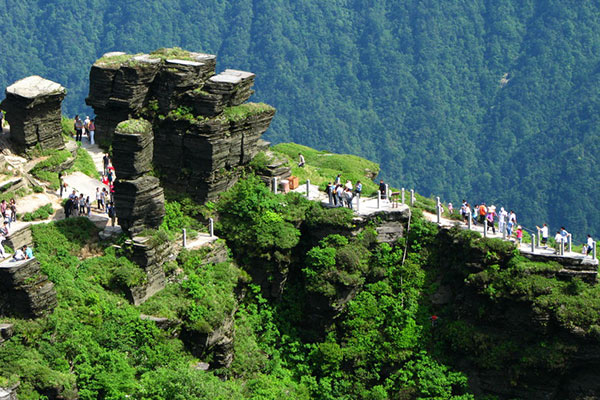 The two most important spots in this area are the Nine Dragon cave scenic spot and Mt Fanjingshan National nature reserve. These places are an abode of plants and wildlife. The former is associated with legendary stories, gradually unfolded as the tourists step here. The Transportation system is advanced here and thus Tongren becomes a favourite part of Amdo Tibet tourism.

While you are in Tibet, you must explore the lifestyle of the Nomadic population. The fortitude they display, the food they make, the traditions they show are also a vital part of Tibet tourism. In a way, these folks reflect Tibetan culture to a great extent. Kusum is one such place that offers you the liberty to camp with Tibetan and Mongolian families. 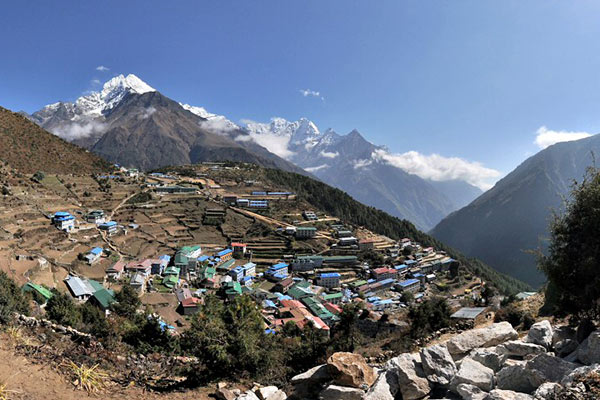 Kusum is inhabited by Mongols as major immigrants. The folks here are simple and hospitable who treat their guests warmly and try giving them some of the best memories for life. You may learn how these folks cook, derive milk and make the most of whatever they have. All together, it is a blissful thing to camp in Kusum for a day or two.

The Qinghai Lake with a bunch of names is the largest inland saltwater lake found in the Qinghai province. Qinghai Lake appears to be a heaven on Earth due to its unspeakable beauty. Tourists who visit this place, often wonder at the creation of the Almighty. The lake lying like an ellipse has to offer the tourists different experiences in different seasons. 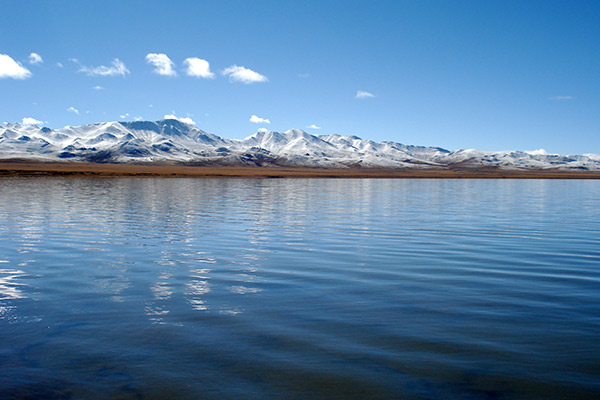 During summers the lake approaches the tourist with its full glory. The water of the lake reflects the green mountains in the summer. The water also changes its colour from time to time. The place and the river bank are densely populated with variety of birds making it an attraction for bird watchers. How enchanting the fact is that this lake doesn't lose its beauty during winters! Rather it has a silvery garment of ice to engulf its guests. 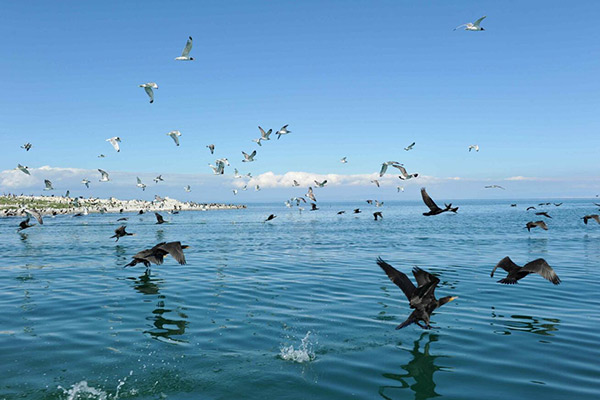 Some of the other attractions about this lake are the islands in the lake. Haixin Shan also called 'immortal hill' has temples and meadows whereas Shadao is a sand island. Niao Dao, popularly known as the bird island is a residence of thousands of birds.

Tourists who come here seldom express their desire to leave this place. This place is exactly like those of our drawing book sketches that continue to attract us at several stages of our lives.

Huashixia, whose name means "lower mountain gorge", displays a great scenic landscape with flowers, nomads and cattle. A visit can also be made to Amnye Machen in Amdo Tibet. This is one of the lesser known holy mountains of Tibet. Huashixia also accounts for many unusual experiences and adventures. 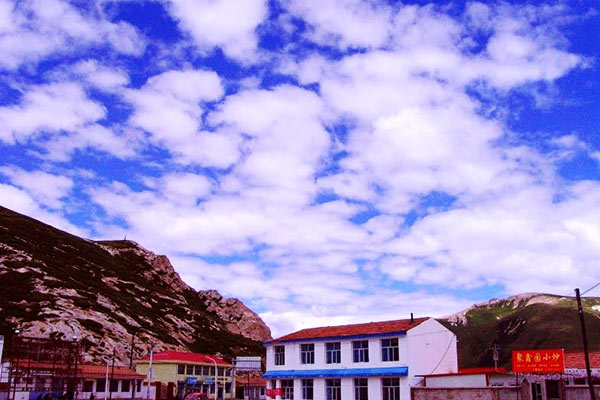 Langmusi is a favourite tourist hub located in the Gansu- Sichuan border in the Amdo region of Tibetan plateau. Langmusi is a beautiful place enveloped by mountains and alpine forests. 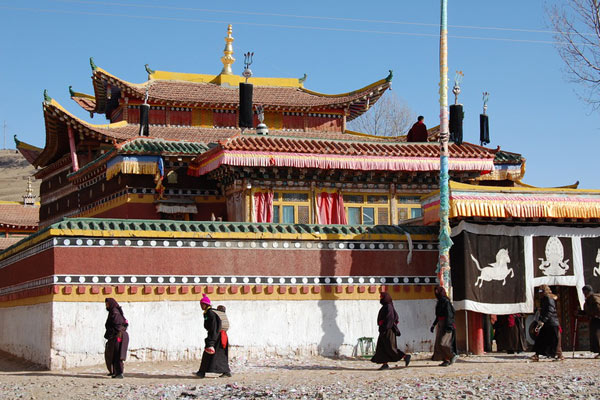 Langmusi happens to draw both pilgrims and hikers towards it. Two large Buddhist monasteries welcome tourists with their grandeur and magnificence. Kirti monastery on the Sichuan side of the village and Sertri monastery on the Gansu part of the village are the two monasteries that attract thousands of pilgrims every year. There are mysterious meditation caves behind Kirti monastery. Sertri monastery, on the other hand, is itself a kora route for the pilgrims. 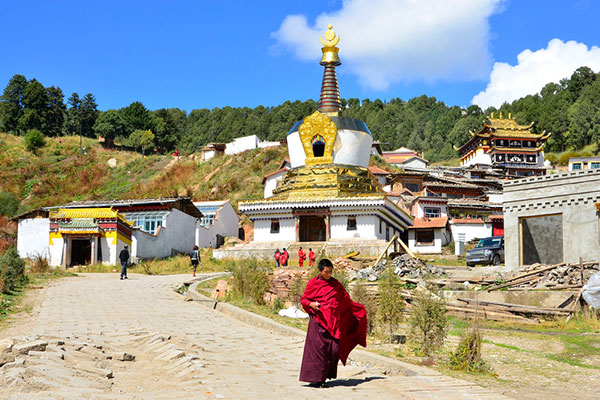 The not so religious tourists will have their share of the treat by hiking and horse trekking in Langmusi. There is a brilliant trekking route behind Kirti monastery. The tourists often go hiking from here to the nearby mountains and valleys. The horse trekking of Langmusi is one of the top things tourists rarely miss.

Xiahe is located in the Gannan Tibetan Autonomous prefecture. It is called "little Tibet" for the interwoven culture and traditions here. It is a very interesting site with Tibetans, Muslims, Chinese and foreigners all living together. This place is a famous tourist destination because of the fantastic landscapes, temples, mosques, monasteries and local culture in the area. If you can manage to be here during any of the festivals like Niangnai Festival or Lotus hill festival, you will get to see amazing local sports like horse races, competition between yak owners and elephant tug of wars. 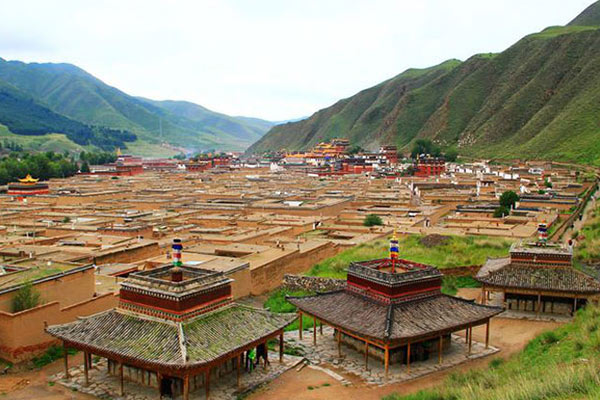 The greatest attraction of this place is obviously Labrang monastery. Labrang monastery is a wishlisted ground of Tibet that preserves age old Buddha statues made of gold, silver and copper. The monastery exhibits many other Buddhist treasures. It has a long corridor of prayer wheels. The entire premise is capable of making one feel the true essence of Buddhism. Located at the foot of the Phoenix mountain, this monastery is the greatest attraction of Xiahe county.

Amdo Tibet boasts of offering the tourists a bundle of joy and experience. Amdo region also takes pride by flaunting Jiuzhaigou, which is a UNESCO World Heritage site. It is a region that does not allocate a particular season to visit. Be it summer months or winter, Amdo Tibet remains alluring and breathtaking. Once you make this trip, you are sure to gather a good set of memory to carry along your entire life.