Is it Safe to Take Tibet Train (Qingzang Railway) and Tour Tibet?

The Tibet train with the tag "Rocket to the roof of the world" starts from the mainland of China to Tibet making your tour extremely great and memorable. Qingzang Railway, also known as Qinghai-Tibet Railway, is a cost efficient system which ensures the travellers an unparalleled journey winding through the Qinghai Tibetan plateau. Moreover the railway authority makes it their prime lookout to provide a safe and secure journey to the travellers.

It is a specialized high elevation railway that connects Xining, Qinghai province to Lhasa. This railway not only rids Tibet from the curse of having no railways at all but also becomes the world's highest railway. This railway stands as a masterpiece of the engineers. Problems that could be hardly dealt with were solved and this wonderful system came into existence. The engineers fought with hindrances like permafrost, inadequate oxygen supply and an unconventional ecosystem. The trains are constructed specially to travel in higher elevations. The diesel locomotives are constructed in Pennsylvania and the passenger carriages are constructed in China. 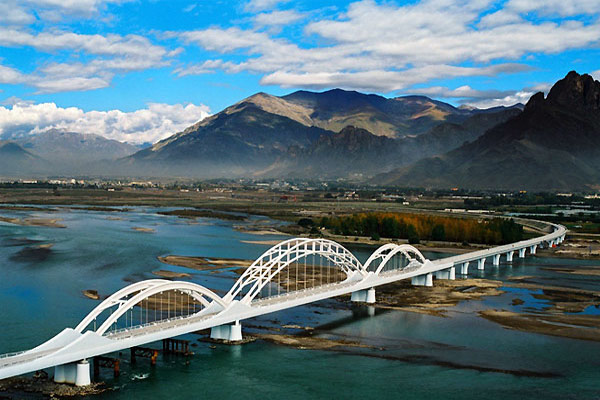 The trains maintain a safe speed of 120 km/hour but on permafrost areas, it travels at a speed of 100 km/hour. The engineers while constructing the railway track faced difficulties with the regions of permafrost. The non fragile permafrost areas could be handled by building an embankment of large rocks. But the areas having weak permafrost was a subject of tension to the engineers. The skilled engineers, however, managed the problem by constructing elevated tracks along that entire region with pile-driven foundations that were sunk deep into the ground.

Some of the portions of the track were also made to be artificially cooled with ammonia. The journey by these trains is something that you won't get elsewhere. You can see the entire landscape change before you. The train will take you through a sky route passing by lofty mountains, green valleys, gushing streams and bewitching natural beauty. Travellers negate talking to each other while at trains, as looking through the window you'll get a view of an absolute heaven.

Are These Trains Safe?

There are seven cities all together in China that have direct trains to Lhasa namely Beijing, Guangzhou, Shanghai, Chengdu, Chongqing, Xining and Lanzhou. You can board Tibet trains also from those cities through which they pass. The Lhasa express is a magnificently built train that runs through the high plateaus and mountains assuring proper safety to the travellers.

The trains are well equipped with all the best amenities a traveller must require after on boarding. The biggest problem that one might face on the train is oxygen deficiency at higher altitudes. In order to provide the traveller a safe and memorable journey, Tibet trains have two built in oxygen supply system. One remains within the cabin for the passengers use during emergencies and the other supply aims at increasing the oxygen level in the train by temperature and air controlling systems. The air conditioning system within the train keeps the temperature controlled within 24 - 26 degree celsius in summer and 18-20 degree celsius during winters. This optimal temperature keeps the passenger within their comfort zone. 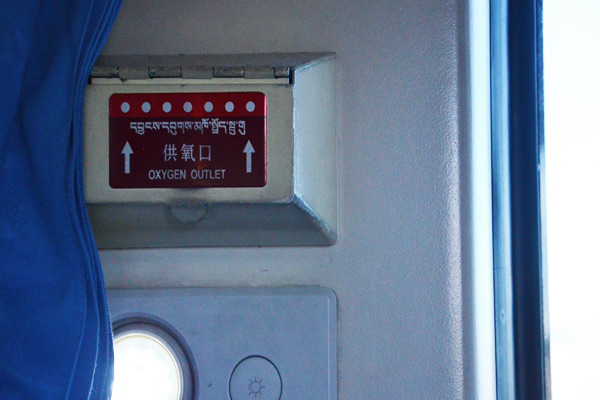 You’ll find three kinds of coaches available in a Tibet train – the hard seat, the hard sleeper and the soft sleeper. All the coaches are made keeping in mind the tourist demands as a priority and their safety as a duty. All trains in Tibet are supplied with trained staffs and a minor security force. No one is allowed to board the train without a boarding pass. A passenger facing any difficulty can resort to the authority's help at once. 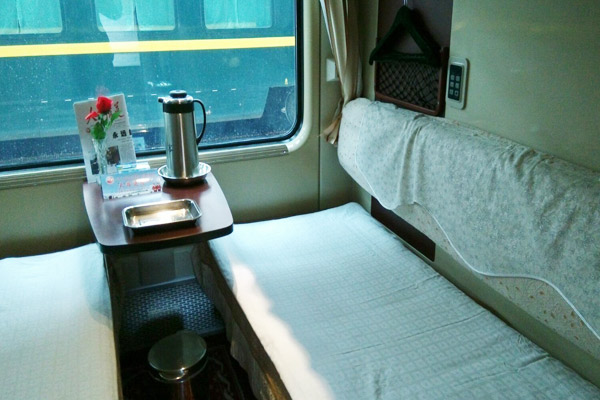 The Lhasa express is safer than the others as it consists of an armed police service. Bullet trains offer the maximum security where everything is checked and ensured like aeroplanes. However, if you're travelling in hard seat class and hard sleeper class, as a thumb rule keep your possessions close to you and check for them at intervals. These are the two places where private chambers are not available and you have to share the compartment with other people. Such complaints of theft are seldom made on Tibet trains but we should not take a risk.

Tibet trains also provide a catering service for the passengers on board. The Tibet trains have a dining car loaded with breakfast, lunch, dinner, snacks and beverages. A variety of food like rice, vegetables, soups are available in this car. People may also opt for packaged foods, the price of which is a bit more than the normal city price. Kung Pao chicken is considered a specialty in the menu. 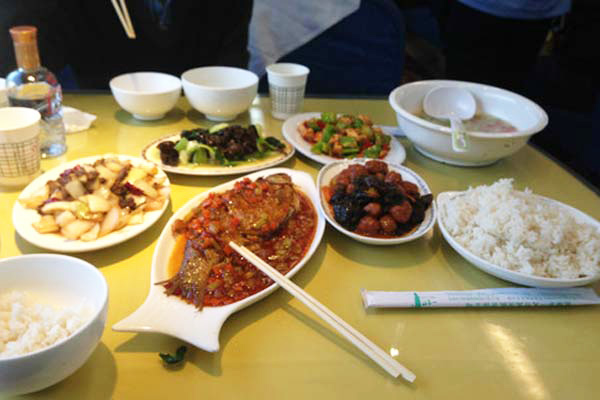 The instant noodle on the train is very tasty and popular among the travellers. A platter of that delicacy along with the wonderful view outside keeps the children calm and let them enjoy the journey. The food is extremely hygienic and the process is clean. Tibet roaming tourists are totally safe in consuming these items.

Other Facilities and Safety Measures

The glass windows of Tibet trains are shielded against ultraviolet rays. The train is also equipped with first-aid services which the passengers can avail at any time of the journey. The trains provide the passengers a health registration card when the passengers buy tickets for the train between Golmud and Lhasa. 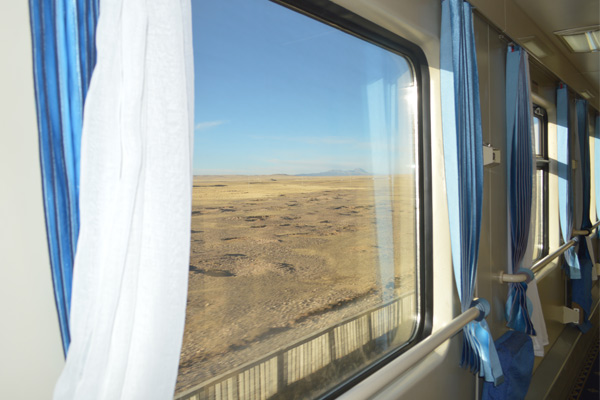 Passengers are required to go through the dictums of the health notice and sign the agreement before boarding the train. Passengers are pre-notified not to avail this train if they have severe breathing problems or heart diseases. The trains take utmost care of the on-boarders, provided that they maintain absolute honesty while revealing their health issues. Apart from medical services, there are English services and folk performance services that seek to provide the passengers entertainment and fun.

Passenger's safety includes to a great extent, taking care of the hygiene. Toilets and availability of drinking water fall into this category. Tibet trains are facilitated with two toilets in the soft sleeper coaches-a western style and another squat fashioned. However, hard seat coaches and hard sleepers have the squat one only. The toilets are clean with adequate necessary items for the travellers.

In Tibet trains, next to washing and smoking area, there is a water dispenser having boiled hot water. Passengers can drink from there or store some in the thermos provided to them in the sleeper compartments. There is also an availability of mineral water bottles in the driving car passing by.

Why Tibet Train is Compared Preferably than Flight

It is thought provoking that most of the travellers choose to take Tibet trains over the appealing Ariel route. Flights are faster than trains but people opt for trains because with an adequate amount of safety, the trains drop them to a secured place to enjoy the alluring landscape of heavenly Tibet. The trains are punctual with a great time schedule so that the passengers can reach at a safe hour of the day. Be it any season, Tibet tours will always be a joyous venture.

Tibet, now-a-days, is a dispute free zone where you can travel at any time with just a simple permit. The amenities provided in the trains, lodges and hotels over here diminish any kind of fatigue from the long journey around the mountains. It is a highly spiritual place where guests are considered to be the messengers of God, therefore the tourists are treated with extreme reverence and love. Mountaineers and tourists get good, friendly guides here who make the trip all the more memorable.

Thus, it is a completely safe journey. A mountain or a nature lover should once in a lifetime board this train and make a trip to this totally different world of Tibet.

0 Comment ON "Is it Safe to Take Tibet Train (Qingzang Railway) and Tour Tibet? "