What is the Weather like in Tibet in October?

If you plan to visit Tibet attractions in October, you need to know the Tibet weather and temperature conditions in some important attractions, such as Lhasa, Everest Base Camp, Mount Kailash, Lake Namtso and Nyingchi. Check out this information and you can know these information in detail. You can also learn some activities or festivals in Tibet if you visit there in October.

Weather and Temperature of Lhasa in October

October is one of the best months for you to travel to Lhasa, which is the beginning of the dry season with little rain. The dry weather and the warm days in October will offer you much sunshine in Lhasa. There are 9 hours of sunshine a day on average. In October, the average nightly low temperature is 2 °C (36 °F), and the average daily high temperature is 17 °C (63 °F). You may feel warm due to the altitude is about 3,600 meters (12,000 feet). The high UV radiation increases your feeling temperature.

Weather and Temperature of Everest Base Camp in October

If you plan to go for an Everest Base Camp tour in October, it is a sensible choice for you, for October is one of the best months to go there. The weather of Everest Base Camp in October may keep constant with clear sky views, but you should know there may also be some small short duration rainfall in your EBC trip. Our agency highly recommend you plan to begin the EBC trek from the second week of October. 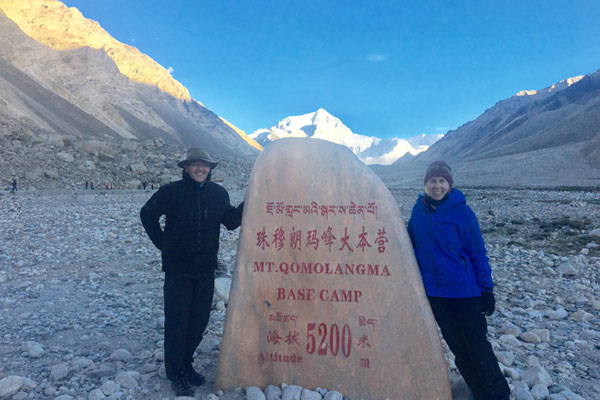 EBC trekking is suitabel in October.

In October, the rainfall of EBC will not last long. The EBC weather in October may also change in climate due to the effects of global warming.

Weather and Temperature of Mount Kailash (Ngari) in October

Mount Kailash (Ngari) region is in the western corner of Tibet, which weather is quite difficult to predict, for it varies rapidly like the face of a baby. However, we can refer to some main statistics on Tibet Mount Kailash weather and temperature to know basic conditions of it in October. 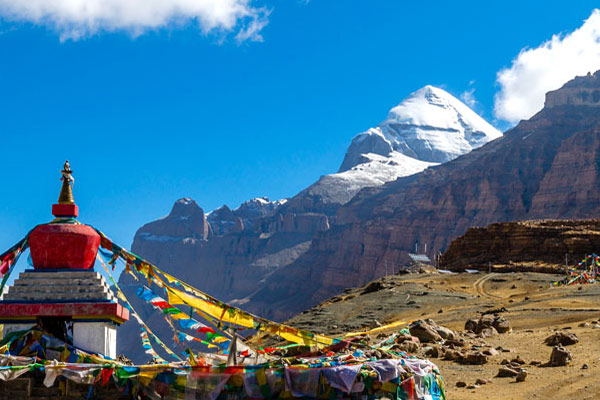 Start your Kailash kora during the first half of October.

If you do the kora around Mount Kailash in October, the temperature will be much lower, and you may feel colder, especially in the early morning and night. You should know that the best seasons to visit Mount Kailash are from mid-May to June and September to mid-October. If you plan to go there in October, we recommend you start your trip during the first half of this month. After October, the weather will become much colder, and we advise you not visit there from November to March.

Weather and Temperature of Lake Namtso in October

Namtso Lake is located at 4718m above sea level on the Qinghai Tibet plateau, which is surrounded by snow-capped mountains.

The climate features of this holy lake are much of wind, strong sunlight, and heavy snow in winter, medium precipitation, and alpine-arctic. The rain season is from June to October. The sudden changes and snowstorms are quite common in the lake area. 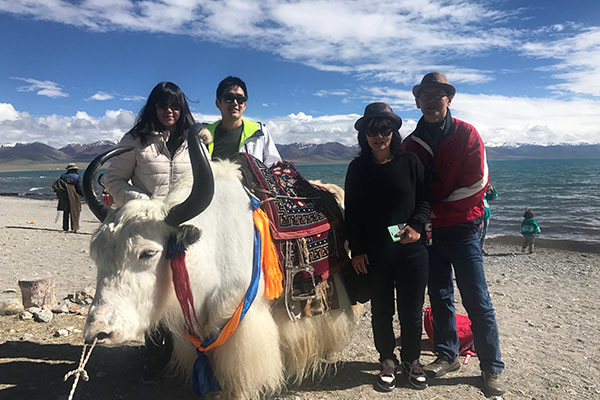 Lake Namtso in October is rainy, with high temperature difference.

The weather of Lake Namtso is rainy and the temperature changes from 16.3°C to 1.3°C in a day. In October, the daytime is not cold across the lake area. However, when the night comes, the temperature will decrease to about 1°C, which will be cold. The surrounding grassland and mountains will also begin to perish from October. It is suggested to go there during June to September, for the temperatures are fine and the sky is quite clear. You can also view green grasslands and enjoy a comfortable condition of accommodation and dinning.

Weather and Temperature of Nyingchi in October

October is seen as the most colorful season in Nyingchi. During this month, you can see the pine forest, dark green gorge, white glacier and snow mountain and so on, which consists of a world in myth. The clear blue sky and snow-covered mountains will add great highlights to your trip in Nyingchi in October. 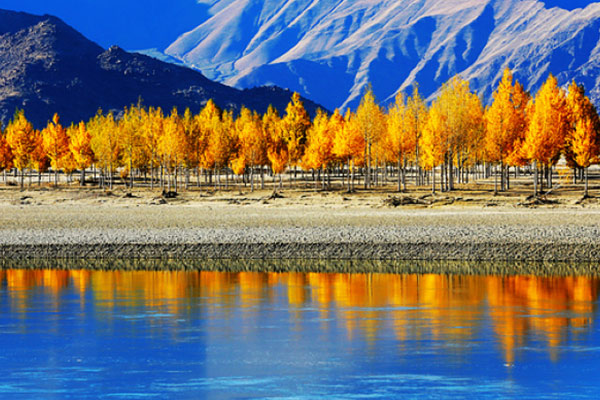 It's warm and humid in Nyingchi in October.

The weather conditions are warm and humid in Nyingchi in October. The temperature there changes from 17℃ ~ 5℃, so it is not so cold at night, and the daytime temperature is quite comfortable in October.

What to See when Visit Tibet in October

If you visit Tibet in October, you may be lucky to view the festival of Buddha’s Descent from heaven, which is celebrated on September 22nd in Tibetan calendar every year, usually in October in Chinese calendar, which is also called Lhabab Duchen in Tibetan. Numerous pilgrims in Lhasa will be in Lhasa on that day and it is really an important Buddhist festival for Tibetan to greet Sakyamuni’s return. Therefore, people will hold Buddist activities during this festival.

If you are lucky enough, you can also have the chance to view the celebration of the Yak Festival in Tibet in October. It begins from the 15th day of the 8th month in Tibetan calendar and usually lasts more than 10 days or even one month sometimes. Generally, over 1,000 people will take part in this festival. People will ask "heiba"(wizard) to recite scriptures during this festival. They will also drink and talk happily. Due to the high expenses, this festival only was held once in almost one century.

As for a Tibet tour in October, here we would like offer you some tips for your reference.

1) Remember to apply for necessary documents before you go. The most important required travel documents include Tibet Travel Permit, China Visa and so on.

2) You’d better bring sun cream, sun hat and sunglasses to protect your skin due to the strong ultraviolet ray in October in Tibet.

3) Since it is cold in the early morning and night in Tibet, it is sensible for you to take some warm clothes with you.

4) It is sensible for you to wear comfortable and suitable shoes.

6) If you have any unclear problems, you’d better ask for help from your guides and not take actions as you like.