Saga Tibet Weather: When is The Best Time to Take a Tibet Tour in Saga

Lying in the west of Shigatse Prefecture of the Tibet Autonomous Region (TAR), Saga County is one of eighteen counties in Shigatse, known in Tibetan as “sa dga' rdzong”, or the Lovely Place/Happy Land. Home to Dajia Lake and Jiesa Lake, Saga County is one of the main stops on the route to Mount Kailash in Ngari Prefecture. Located in the northern foothills of the Himalayas and the southwestern edge of the Gangdise Mountains, the county has a typical plateau mountainous terrain with an average altitude of around 4,600 meters above sea level. The county seat, also known as Saga, is a Chinese garrison town, from which Chinese soldiers patrol the area of the border nearby with Nepal.

Straddling the Dargye Tsangpo Rver, Saga Township lies at the junction of three major roads in Tibet, the Lhartse Road that comes in from the east of Tibet, the Dzongka Road that runs into Saga from the south and is the main route from Lhasa, and the Drongpa and Purang Roads, which come in from the west and the ancient Guge Kingdom. Along the route to Mount Kailash from Lhasa, Saga Township is the last decent town with supplies and hotels for travelers to the sacred mountain.

Lying in the west of Shigatse, Saga County has a typical semi-arid plateau climate with a temperate monsoon season. At this higher elevation, the climate can be quite harsh, with higher UV radiation and a mainly dry landscape due to the long hours of sunshine and little rainfall throughout most of the year.

Temperatures in Saga range from highs of around 23 degrees in the summer months to lows of minus 25 degrees at night in the depths of winter. The annual average temperature of the county is around 6 degrees, much lower than the average temperature of the eastern and central areas of Tibet. Winters can get very cold, and with an abundance of snow in the months from late December to mid-March, travel in the region in those months is often not possible. 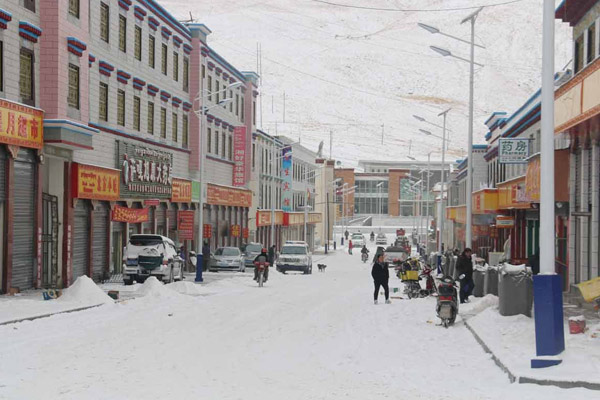 There is an abundance of snow from late December to mid-March in Saga.

Rainfall in the area normally comes in the height of the monsoon period, in July and August, although most of the rainfall comes at night or in the late evenings. The county has an annual average rainfall of around 422 millimeters, with almost three quarters of that falling the months of July and August. Even in the summer months, when it can get hottest during the day, the nighttime temperatures can get as low as 3-6 degrees.

Best Time to Take a Mount Kailash Tour from Saga

For anyone planning a Mount Kailash tour from Saga County, there are times when you should really avoid traveling, as the weather is not at its best, and can cause transport problems. The best time to tour to Kailash from Saga is from late April to June and from late September to early December, to avoid the worst weather of the year.

Winter in the region can be very cold, and with the increased elevation and intense cold weather, where it can sometimes get below freezing even in the daytime, snow is a common sight around the sacred mountain. Similarly, the summer is not always a good time to travel to Mount Kailash, as the rainy season can sometimes cause mudslides in this normally dry and arid region, as the ground is not able to hold the volume of surface water and drain it well. 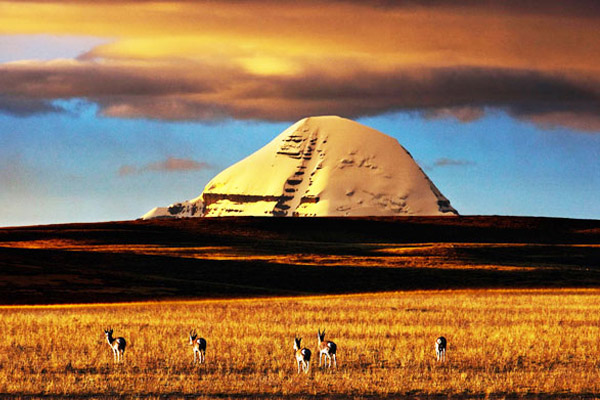 Autumn is one of the best times to take a Mount Kailash Tour from Saga.

Spring in Saga runs from late April to early June, while the autumn season is from October to early December. This is the time for the best weather in the area for traveling and trekking, as well as the great views of the surrounding mountains. Skies are clear for most of the days, with warm weather and little to no rain. While it can get a little colder at night, sometimes dropping below freezing in the early spring and late autumn, a good warm jacket and sweaters can help to keep the cold at bay without any trouble.

More Travel Tips for a Tibet Tour in Saga

As Saga is a remote location with a high altitude, there are certain things to consider when traveling there, and on to Mount Kailash. One of the most important is the increased altitude from Lhasa, the Tibetan capital. At these increased elevations, altitude sickness can occur more easily, especially if you are not properly acclimatized to the higher altitude. While you may only stay in Saga for a short period, as it is the main route to Mount Kailash in Ngari, you will be traveling to even higher altitudes, so careful consideration must be given.

Saga is a remote region in Tibet, and there are less opportunities for things like shopping and entertainment. The facilities are a little more basic as well this far out west from the capital. And with the colder weather, even in the summer months, knowing how to stay warm in very important.

What to Wear in Saga

While the summer may be warmer, it is not as warm as in the eastern areas of the region, and nights can be a lot colder. Daytime temperatures in the best times to travel (spring and autumn) can be around 15 to 18 degrees, which can be warm enough to not need too much cold weather gear. However, you may need a windproof jacket to keep out the chill of the strong winds of the western areas of Tibet. A good pair of boots is also essential, as the terrain is mostly rough and rocky, with few smooth roads and most attractions having rough ground, even inside their grounds. 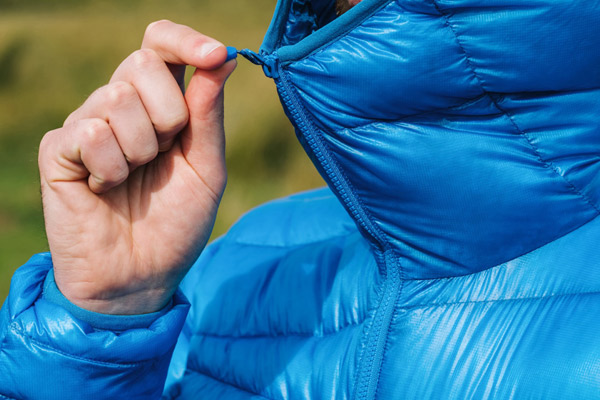 It is suggested to wear warm clothoes like down jacket to keep warm in Saga.

For the evenings and overnight, warmer clothing is required, as it can get down to below freezing at nights in the area. A good fleece or down jacket is necessary in the evenings, and it may even pay to have some long underwear to put on for those colder evenings and for sleeping in. Some guesthouses are pretty basic in Saga too, so bringing a good sleeping bag may help with staving off the cold at night while you sleep.

Because the wind can be strong and chill, good warm socks are essential, and a good pair of Gore-Tex or similar gloves can help to make sure your hands stay warm in the cold winds. Lip balm and moisturizer will also protect your lips and face from wind damage, and a good sun cream can help protect the skin of your face from the harsh UV radiation. And it pays to bring a couple of hats, one to keep the sun off in the daytime and one to keep your head warm in the evenings.

Where to Stay in Sage

While Saga may not be the hottest destination in most Tibet tours, there is a good variety of hotels and guesthouses in the area that can cater to most travelers’ needs. Across the county, there are a number of hotels and guesthouses that provide accommodation to international travelers, and while the accommodation standards are good by western Tibetan standards, they are very low in comparison to the hotels in Lhasa. 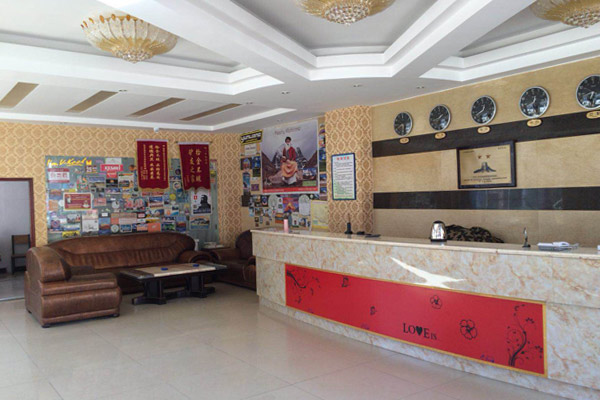 The tiny town of Saga has actually developed into a thriving small town, with a number of hotels and guesthouses catering to travelers heading to and from Mount Kailash. AS the number of tourists to Saga County has increased, the county has flourished, and is much more prosperous thank to the tourism industry. While some of the hotels may have around 2-3-star status (in the Tibetan standard), some of the less costly guesthouses have very basic accommodation facilities, with shared toilets and bathrooms and no heating in the rooms.

What to Eat in Saga

Thanks to the popularity of Mount Kailash, Saga County actually has some very good restaurants in which to enjoy some of Tibet’s stunning delicacies. Tibetan food, while not to everyone’s tastes, is a combination of meat and vegetables, often in a stew, that is designed to give more of the much-needed protein and vitamins that are essential for life in the higher altitudes of the plateau.

This far west, the food choices can be quite limited, due to the harsh climate and the high cost of shipping foods from the capital areas. Most fruits and vegetables are imported from the east, and are much more expensive, so are not usually part of the normal daily foods of the local Tibetans.

However, the restaurants in the area do manage to provide a good range of Tibetan, Sichuan, and Xinjiang cuisines, though if you are not a fan, then you may find yourself restricted to fried rice, noodles, and other simple dishes. One local dish that is worth trying, though a little unusual, is the boiled sheep’s head with a cucumber and curry salad and a cup of Tibetan sweet tea.

0 Comment ON "Saga Tibet Weather: When is The Best Time to Take a Tibet Tour in Saga"