Everyone more or less knows something about Tibet, as it is extraordinarily intriguing with distinct culture and religion. Some basic facts about Tibet have spread widely over the Internet and can be easily dig out as long as you click the mouse gently. However, Tibet is far beyond your discovery. As a leading tour operator in Tibet, we have a group of local travel guides who are willing to share some different but interesting facts about Tibet. Check to know some new information about this unique land.

1. Tibet is larger than you thought.

With almost its whole region sitting on the Qinghai-Tibet Plateau, Tibet covers a total size of 1.2 million square kilometers. It is about two-thirds the size of Western Europe, one eight of Canada or USA, three times Japan or Germany. From the forest-covered Nyingchi Prefecture in the southeast to the most unfrequented area of Ngari in the northwest, there is a lot to discover on this holy land and one can barely experience the whole essence of Tibet in just one single trip.

As a result, our local tour guides have witnessed many return travelers to Tibet for further exploration. And if time is limited, it is recommended to plan your Tibet tour in a reasonable way so that you won’t miss the most desirable places.

2. Tibet is developed and has incredible infrastructure.

Many foreign travelers will think Tibet is an unenlightened place being isolated from the rest of the world. In fact, Tibet is now well developed and is provided with incredible infrastructure. And there is no need to worry too much about the living conditions while touring in Tibet.

The accommodation conditions in Tibet have been greatly improved in recent years, with the development of tourism in Tibet. Star-rated hotels of all grades can be found in major cities of Tibet, such as Lhasa, Shigatse, Tsedang, and Nyingchi. Guest houses are provided in other smaller cities or counties. But the overall levels of the hotels in Tibet is inferior to that of the equivalent in big cities of mainland China. 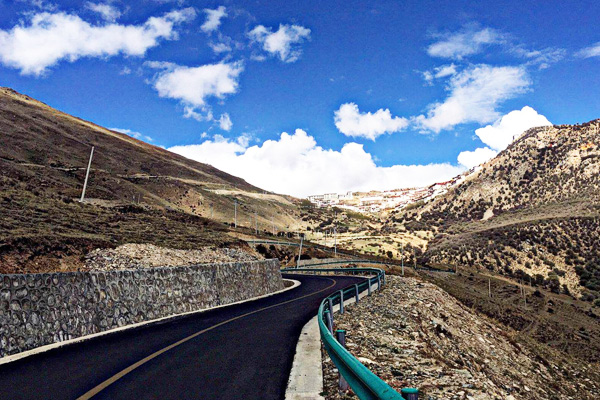 Most of the roads in Tibet are wide and in good condition.

As for the transportation and road conditions in Tibet, tourists can also find surprisingly facts. Most of the roads in Tibet are wide and in good condition. Even the road leading to the world’s highest mountain, Mt. Everest, is well-paved almost all the way. Tourists can drive all the way to many attractions in Tibet. In fact, tourists can directly enjoy an overland tour from Lhasa to Kathmandu along the noted Friendship Highway.

3. Tibet in winter offers more than you think.

As suggested in many references and guidelines, the best time to visit Tibet is spring and autumn, considering the unique climate of Tibet. However, Tibet is believed to be one of the best winter destinations by our travel guides and many travelers who have actually been there. This is mainly because Tibet in winter is not as cold as many imagine, and one can find unexpected amazing scenery while travelling to Tibet in winter.

There are many recommended places to visit during winter season. One is the Lhasa city, which is also called the City of Sunshine, as it has more than 3000 hours of sunshine annually. The average temperature of Lhasa is about 10 degrees centigrade in winter. Tourists can visit the iconic Potala Palace and revered Jokhang Temple more leisurely, instead of trapping in large crowds during peak season. 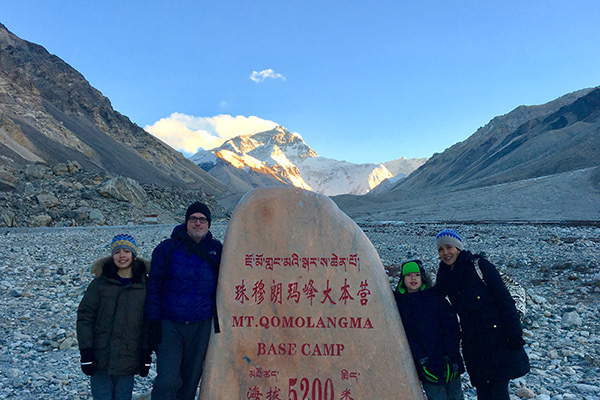 One can have more chance to catch the clear view of Everest Peak in winter.

Besides, winter is the perfect season to visit Mount Everest. Although it’s quite cold there in winter, one can take in extremely clear view of Everest Peak, as the sky is cloudless and the sun gets lower. The road to Rongbuk Monastery is also accessible in winter, making it possible to enjoy an Everest Base Camp tour to approach this majestic peak.

4. The Qinghai-Tibet Railway line is the world’s highest railway line.

As the first railroad to Tibet, Qinghai-Tibet Railway claims many proud world records. It is the highest railway line in the world, with 960 km of its railway lying at 4000 meters above sea level. The rail line traverses some amazing landscapes, like Qinghai Lake, Qarhan Salt Lake, Kunlun Mountains, Hoh xil area etc. Therefore, taking a Tibet train to Lhasa is a popular choice to enter Tibet as many want to appreciate the breathtaking scenery along the rail line of Qinghai-Tibet Railway.

5. Many festivals in Tibet are unique to the region.

According to the Tibetan calendar, there are more than one hundred festivals in a year in Tibet. And many Tibetan festivals are deeply religious and unique to the region. Tibetan people will hold a series of festivities to celebrate each festival, like fete, farming, commemoration, celebration, social entertainment and many other activities.

In the cultural and religious center of Tibet, Lhasa, there are annual festivals drawing numerous locals and pilgrims each year. Among them, the Tibetan New Year and Shoton Festival are the most well-known and highly anticipated festivals. It is a good idea to visit Tibet during the festivals so that you will have a chance to experience the carnival atmosphere, as well as to get a deeper understanding of Tibetan culture and religion.

6. Most monasteries are built on mountains.

Tibet is rich in monasteries and temples, and many of them are built on mountains. This is mainly because many mountains are believed to be where deities reside and are scared places for worship. Mountain monasteries are also believed to be closer to the heavens. The most famous representative is the Potala Palace in Lhasa. Built on the top of Moburi (the Red Hill), the grand Potala Palace occupies the holy site that can be seen from miles away. And tourists will climb many steps until getting close to it. 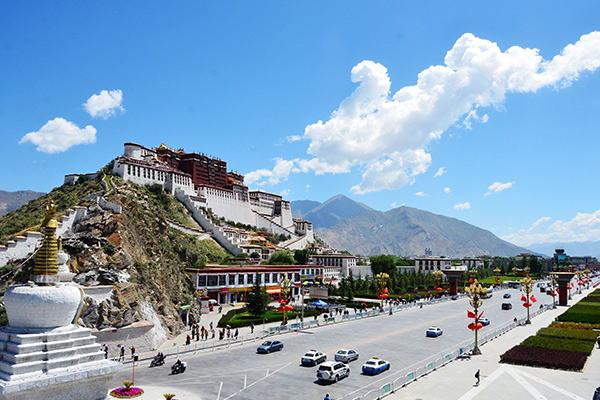 Potala Palace occupies the holy site on the top of Moburi

7. Yaks can be found almost everywhere in Tibet.

Among all kinds of animals in Tibet, Tibetan yaks are the most abundant, popular and useful. Tibetan yaks play an indispensable role in Tibetan’s daily life. For Tibetan nomads, Tibetan yaks are useful helpers on farming. And there are many festivals related to the yaks, to show the importance of yaks in the agricultural lives of Tibetans.

For tourists, the main usage of Tibetan yaks is to help to carry loads during the trekking trip, especially Mount Kailash kora. While trekking in Mount Kailash, most tourists with ordinary physical conditions will face great challenges from high altitude, coldness and long-lasting physical exhaustion. In this case, our guides will usually arrange a Tibetan yak caravan to carry the backpacks and belongs, so that trekkers can travel light and enjoy a more comfortable trekking experience.

As the saying goes, it is better to see for oneself rather than to hear for many times. The more you get to know about Tibet, the more you may become eager to travel to Tibet. So why not join us for a lifetime tour in Tibet? We offer kinds of customized group tours or private tours to meet different needs. What’s more, our local tour guides are all professional and seasoned, who have walked almost every mile of Tibet and are familiar with traditions, stories, legends about Tibet in all perspectives. Just feel free to contact us for details.