One of the main centers for international flights into China, Shanghai is also a popular starting point for travelers heading for Tibet. Millions of travelers, both home and abroad, starting their lifetime Tibet tour from Shanghai every year.

There are several indirect flights to Lhasa from Shanghai Pudong International Airport, which means all travelers intending to fly to Lhasa from Pudong Airport will need to change at Chengdu or Xian in order to get to Lhasa. 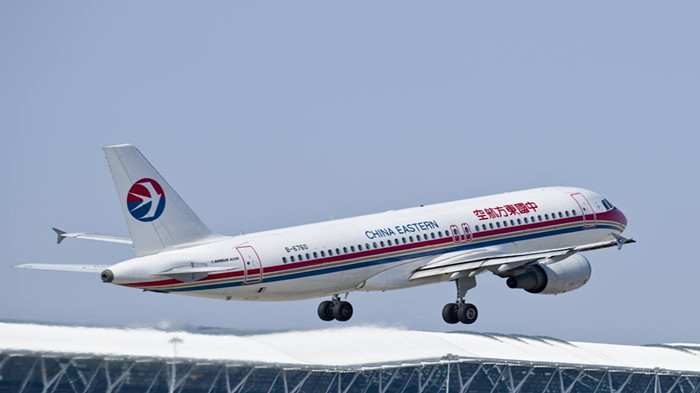 The flight times for the indirect Shanghai to Lhasa flights range from 7 hours 25 minutes to as long as 12 hours, depending on the connecting flights, and prices range from as little as 430 US dollars to as much as 600 US dollars per person for economy flights.

Shanghai Pudong International Airport is located around 30 kilometers to the east of the city center, close to the coastline to the south of the Yangtze River Delta.

Similar to flights from Pudong, there are also no non-stop flights to Lhasa from Shanghai Hongqiao International Airport, although there is one direct flight to Lhasa with a stopover in Chengdu.

There are also plenty of indirect flights to Lhasa from Hongqiao Airport, which chance or connect in Chengdu, Kunming, or Xi’an. Flights cost from around 580 US dollars for the cheapest flights, with the average flight costing around 690 dollars.

Shanghai Hongqiao International Airport is located in the heart of Shanghai, close to the city center, in relative terms, close to the town of Hongqiao in the Changning District.

Just 13 kilometers from downtown Shanghai, it is easy to get to the airport using Line 2 of the Shanghai Metro, and there is a major railway hub at the Shanghai Hongqiao Railway Station close by. Airport shuttles also run from various parts of the city to the airport, as well as linking Hongqiao with Pudong to the east.

Other flights back to Shanghai run as connecting flights through Chongqing, Chengdu, and Xi’an, and cost from around US$ 484 per person for an economy flight.

Indirect Flights from Lhasa to Shanghai

FAQs about Shanghai to Lhasa Flight

1. Is there any flight from Shanghai to other airport in Tibet? 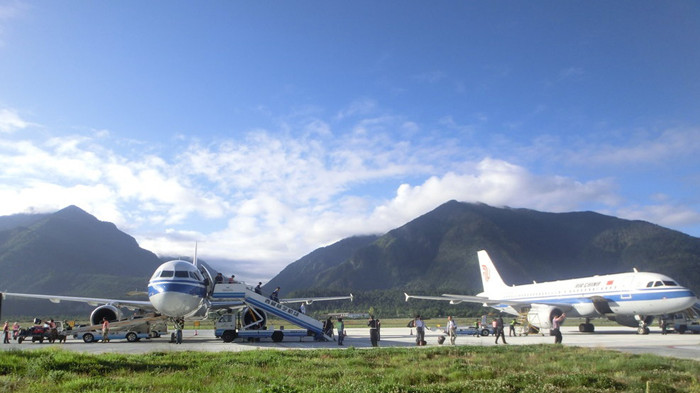 Tourists can take a flight from Shanghai to Nyingchi Airport and travel from Nyingchi to Lhasa by land.

However, it is possible to get a connecting flight from Shanghai to Nyingchi via one of the Chinese airports that handle flights to Tibet’s Nyingchi Mainling Airport.

Flights to Nyingchi run from Guangzhou, Chengdu, Chongqing, Shenzhen, Xi’an, Lanzhou, Xichang, or Shijiazhuang, and all airports have receiving flights from Shanghai.

2. How to get to the downtown city from Lhasa airport?

Lhasa Gonggar Airport is located around 45 kilometers to the southwest of Lhasa in Shannan Prefecture of Tibet. 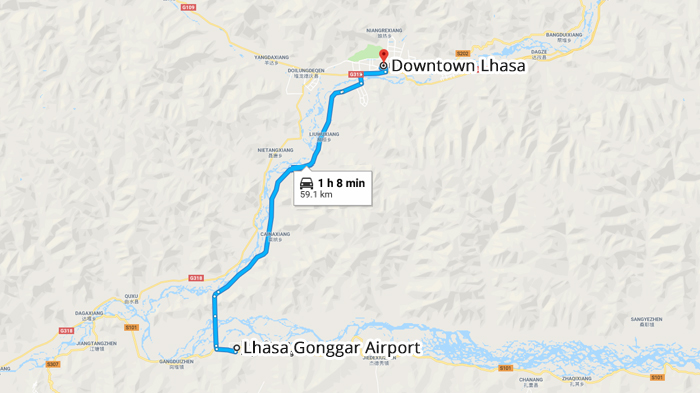 It takes around 1 hour to drive from Lhasa Gonggar Airport to Downtown Lhasa.

Getting to the city from the airport can be done on a shuttle bus, if you are a Chinese citizen, and takes around 1 hour 10 minutes to make the trip, costing about 25 yuan.

Airport taxis also run the route to the capital, and cost around 150 yuan for the trip, which is best done with others so you can share the cost.

We also offer a shuttle service from the airport to the city using our own vehicles for passengers entering Tibet by flights.

Travel Documents Required for Taking a Shanghai to Tibet Flight

If you are planning to take a Tibet tour from Shanghai, then you are going to need certain documents to get there. Travel to Tibet is unlike traveling in the rest of China, and has different requirements. The first thing you will need is a valid passport with at least six months validity remaining at the time of travel. You can then use this to obtain the Chinese Entry Visa from any of the Chinese Embassies abroad, which you should have in your home country. China does not have a Visa on Arrival service, so you need to obtain the visa before you travel.

The visa requirements are:
● Valid Passport with at least six months validity remaining at the time of travel
● Completed Visa Application Form with no errors and matching the identity of the passport being used
● Visa fee – This is country dependent, and the correct cost of the visa can be obtained from the website of the Chinese Embassy in your home country
● Complete itinerary of your planned stay in China, listing all cities you intend to visit
● Proof of Booking for your return or onward flight from China
● Proof of Booking of your hotel(s) in China in accordance with your itinerary

You will also need to obtain a Tibet Travel Permit, which can only be applied for once you have booked a pre-arranged tour of Tibet with a registered Tibet tour operator.

Once you have booked with us, we can make the application for the Tibet Travel Permit using scanned copies of your passport and visa. Processing takes up to 20 days at the moment, and the original permit will be sent to your hotel in China once it has been approved, ready for your trip to Tibet.

When you arrive at the Lhasa Gonggar International Airport, you will step off the plane into an atmosphere that is much thinner than that of Shanghai, which means there is likely to be some altitude sickness experienced until you have acclimatized to the higher altitudes of the plateau.

Acclimatization is necessary for all international travelers to Tibet, as well as most domestic travelers, as the massive increase in altitude and the thinner atmosphere means you get less oxygen with each breath.

Acclimatization usually takes 1-2 days, and can be helped by sticking to a few simple guidelines to make it easier for yourself when you reach the plateau.

You should avoid drinking alcohol and coffee, as they can cause dehydration, which can make altitude sickness worse, and drink plenty of fluids to stay well hydrated. Smoking should be avoided, as it also reduces the amount of oxygen that gets to the lungs.

You should also avoid any strenuous exercise, and take plenty of rest, especially if you are feeling short of breath when out in the city.

Including plenty of vegetables and protein-rich meats, a healthy diet that includes can help to reduce the effects of altitude sickness, and make your acclimatization time shorter and easier.

If you are feeling the effects too much, then you can use a little oxygen to help acclimatization, though this does not always work. There are also drugs that can help acclimatization, such as Diamox, but it is best to discuss this with your own doctor before traveling to Tibet, as they can have side effects and do not always work. And the best option for those that are having problems acclimatizing is to move to a lower elevation and acclimatize there first, as this can help with acclimatizing to the height of the plateau capital.

Tourists can take an indirect flight from Shanghai to Lhasa with a stopover at Chengdu, Chongqing, Xian or some other cities in mainland China that offer non-stop flights to Tibet.

There are also connecting flights from Shanghai to Nyingchi city in eastern Tibet.

To take a flight from Shanghai to Lhasa, you need to apply for the Tibet Travel Permit before you go, and board the flight with your valid passport and Chinese Visa.

Since there is a huge altitude difference between Shanghai and Lhasa, around 3652 meters, it is important to pay attention to the high altitude sickness.

It is suggested to spend one or more days in Lhasa city to acclimatize to the high altitude, and avoid any strenuous exercise and drinking alcohol and coffee.

To enjoy a worry-free tour in Tibet, you can check our packaged Shanghai Tibet tours that including the Flight tickets to Tibet, the Tibet Travel Permit application service, hotel booking service, etc.