Tangzhu Ancient Route Train set off on its first trip

The Tangzhu Ancient Route suggests the route of fetching scriptures to Sindhu in the Tang Dynasty. Songtsen Gampo also followed the route to pick up Princess Bhrikuti Devi of Nepal and Precess Wencheng of Tang. That’s how the train received the name. 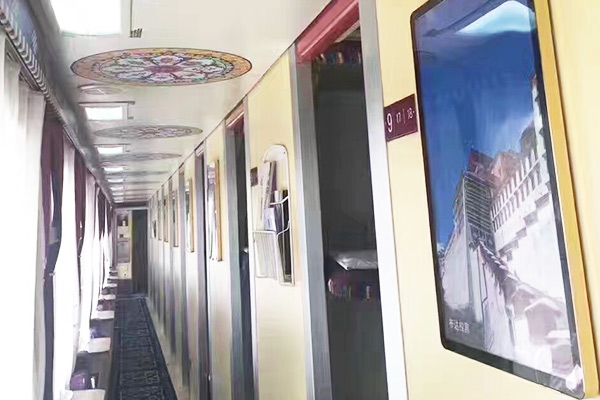 The interior of train has been well designed, with photographs of Tibet’s splendid sceneries and featured Tibetan decorations hanging in the carriage. And the service on the train has also been upgraded. Not only are traditional Tibetan snacks, fresh ground coffee, imported beer and other drinks provided, but also there is a reading area for tourists in the dining car carriage.

Besides, the train provides a fitness room with oximeter, electronic thermometer etc., and basic health check can be conducted for passengers in demand. The hard seat carriage is provided with comfortable U-shaped pillow, blankets and other items for the convenience of passengers. 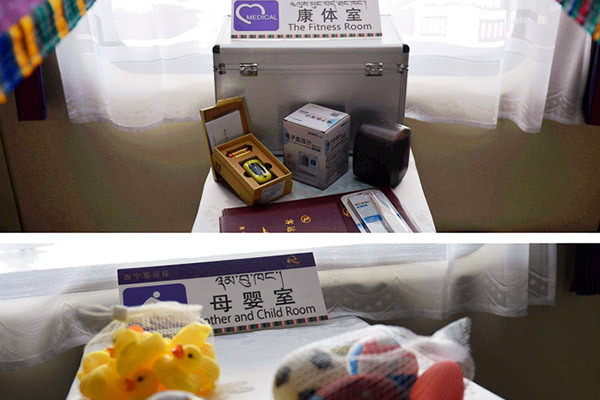 The fitness room is provided with oximeter, electronic thermometer etc.

The train journey from Lhasa to Shigatse has been described as the most scenic railway route. Passengers will pass Yarlung Tsangpo River Canyon, Nimu County and Renbu County. There are two round-trip journeys running daily. So if you are interested in this travel train, and ready to book your trip from Lhasa to Shigatse, get in touch with us, and we can arrange the perfect trip for you.

>> Join in our most popular Tibet Train Tours