Here comes a thrilling news at the end of this cold winter month. The Chengdu-Ya’an Railway has officially opened to traffic this morning on December 28, 2018.

Covering a total length of 140 kilometers, Chengdu-Ya’an Railway is double tracked railway with a design speed of 200 km/h. There are totally 11 stations for the whole trail line. 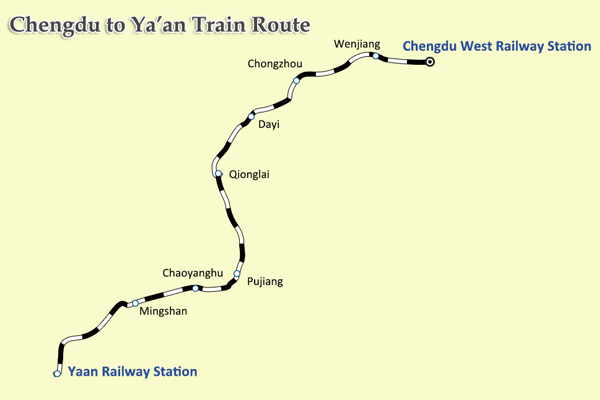 As is reported, there will be 8 pairs of Chengdu-Ya’an bullet trains scheduled to run in the initial stage with the opening of the railway. The fastest travel time between the two cities will be 1 hour and 12 minutes by train. The ticket price is 52 RMB for second class per person one way, and 83 RMB for first class.

Note: The ticket price is just for reference. Please contact us for exact price on your departure date.

Chengdu-Ya’an Railway as a Part of Sichuan-Tibet Railway 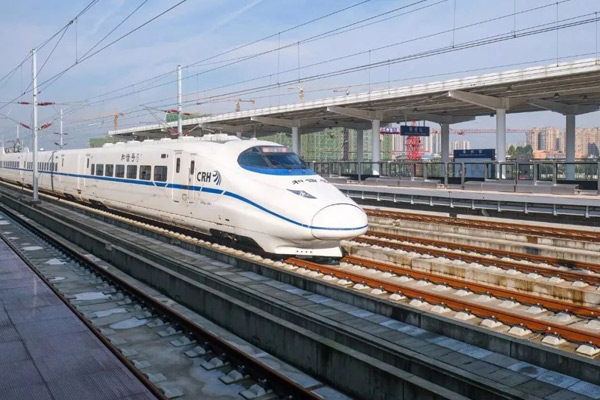 The bullet train from Chengdu to Ya'an runs on one part of the Sichuan-Tibet Railway.

Connecting Chengdu and Lhasa, Sichuan-Tibet Railway has a total length of 1838 meters and is designed with a speed of 160 to 200 kilometers per hour. The railway is believed to be world’s most challenging railway, since it will pass through one of the world’s most geologically active areas, crossing 14 large rivers, 21 snow mountains over 4000 meters.

The construction of the railway will face with many difficulties like mountain hazards, frozen earth, huge altitude difference, high altitude anoxia etc. However, once it is completed, it will largely shorten the train travel time from Chengdu to Lhasa, which is about 36 hours with the current Chengdu-Lhasa train.