While Mount Kailash lies in the Ngari Prefecture in China’s Tibet Autonomous Region, Malaysia lies more than 3784 kilometers to the southeast, on the Malay Peninsula, northwest of Singapore. For tourists, the best option is to fly first from Kuala Lumpur to Chengdu, and then transfer to Lhasa by flight or train for the tour of the plateau to the world’s most sacred mountain. The second choice comes to fly first from Kuala Lumpur to Kathmandu and then head to Mt. Kailash.

Travel to Kailash from Malaysia via Chengdu, China

Why Choose to Go from Kuala Lumpur to Kailash via Chengdu

While there may be several airports in Malaysia that have direct flights to China, only flights from Kuala Lumpur fly direct to Chengdu, in China’s southwest Sichuan Province. And with Chengdu being the most popular departure location for Tibet, this is the best option for tourists from Malaysia. Kuala Lumpur is the most economical airport for flights to Chengdu, as it is centrally located in one of the largest population centers in the country. While Chengdu may not be the closest Chinese airport, or even the cheapest, it is the best for onward travel to Tibet, as it is one of the closest to Lhasa and the cheapest for fare prices. It is also one of the best options for those that decide to travel to Tibet by train instead of flying.

Flying from Kuala Lumpur to Chengdu

Stretching out over 3,114 kilometers from Kuala Lumpur, Chengdu is a major airline destination in China, and there are currently around three direct flights per day to the Sichuan capital. Offered by AirAsia, AirAsia X, and Malindo Air, flights depart in the evening for all three airlines, with the latest flight arriving in Chengdu at around 3:15am the following day, Beijing time. Flights normally take around 4 hours 35 minutes, and can cost from around US$293 per person for a one-way economy flight.

Traveling from Chengdu to Lhasa by Train or Flight

Once in the capital of Sichuan Province in southwest China, tourists have the option of traveling by flight or train to Lhasa, the Tibetan capital. For those that opt to travel by flight, there are currently around 15 daily flights to Lhasa from the Shuangliu Airport. The first flight of the day departs at around 6:00am, while the last flight leaves at 10:10pm, taking around 2 hours 35 minutes to reach the Gonggar International Airport in Tibet. Flight costs range from around US$294 and up for a one-way economy ticket for the 1,266km trip. 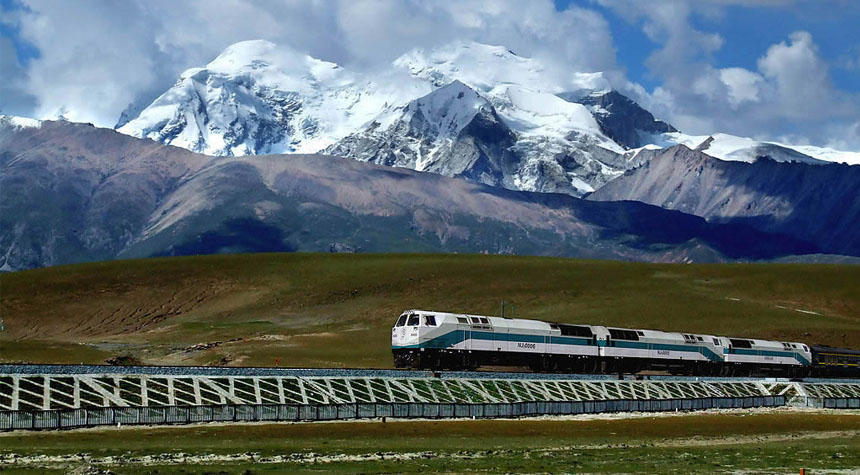 Chengdu to Lhasa by Train

For those opting to use the awesome Tibet Trains, there are departures every other day from Chengdu North Station. Trains depart on odd days in six months of the year, and even days in the other six months, and take around 36 hours 30 minutes to make the 3,360-kilometers journey. The Chengdu Lhasa train departs at 21:37 and arrive in Tibet at around 09:55 on the third day of travel. The cost of the ticket varies deeding on the cabin or seat of your choice, with the Hard Seats being the cheapest (and most uncomfortable) and the Hard and Soft Sleeper Berths being more expensive. Hard Sleeper Berths start at around US$94 per person while Soft Sleeper Berths start at US$149 per person.

While the flights may be faster, they are normally more costly, and do not have the stunning highlights of the trip as the trains have. For the part of the journey from the Tanggula Mountains, the train is traveling in daylight. This allows you to get a view of the part of the region that few travelers see, as there are few tours to Nagqu in northeastern Tibet. Aside from the massive mountain ranges that the train crosses to get onto the plateau, you also get a great opportunity to see the vast expanse of the Changtang Prairie, with its lush grasses and abundance of wildlife.

Once in Lhasa, the next step is to take the tour out across the vast Tibetan plateau to Ngari. The trip to Mount Kailash is part of a 15-day tour of the region, and it takes around four days to travel from the capital to Darchen, at the foot of the sacred mountain. The trip takes you through some of the stunning cities and towns of Tibet, including Gyantse, Shigatse, and Saga, as well as stopping at the famous Everest Base Camp en route to Kailash. As a whole, the 15-day tour to Mount Kailash costs around US$1,880 per person, not including flights or trains.

For any tour that takes you to western Tibet, there are a number of permits you will require for the trip. For entering China to get to Tibet, you will need a Chinese Entry Visa, available from the nearest Chinese Embassy. You will also need permits to travel into and around Tibet. These are applied for by us on your behalf and include:

Tibet Travel Permit - This is required for entry to Tibet and to travel around in the area of Lhasa. The permit requires up to 15-20 days to process, so your tour should be booked well in advance.
Alien’s Travel Permit - Required for travel to the “unopened” areas of Tibet outside Lhasa, including Shigatse. The permit is applied for once you are in Lhasa by your tour guide.
Restricted Areas Permit - This is often called the “Military Permit”, and is required for travel to military-sensitive areas such as Ngari, Nyingchi, etc. This permit also requires at least two weeks to process, and will be applied for as soon as your tour is booked.
Frontier Pass - While most tours will not actually cross the border out of China, the Frontier Pass is required for all tourists traveling in the areas of the Chinese border with India, Nepal, and Bhutan, which includes Mount Everest and Mount Kailash. The pass can be applied for by your guide in Lhasa or Shigatse, and takes around 30 minutes.

Travel to Kailash from Malaysia via Kathmandu, Nepal

Why Choose to Go from Kuala Lumpur to Kailash via Kathmandu

For those that want to travel into Tibet from Nepal, there are good reasons for doing so. Flights from Malaysia to Nepal are more frequent and less costly than to Chengdu, and the need to have a visa in advance of the trip is not required. This can make it a useful entry point for travelers from Malaysia.

Flying from Kuala Lumpur to Kathmandu

There are four direct flights from Kuala Lumpur to Kathmandu per day. The flights normally take around 4 hours 45 minutes to cover the 3,273km distance. An advantage of traveling through Nepal is that the flights are cheaper than to Chengdu, costing from around US$192 per person.

Best Option: Traveling from Kathmandu to Kailash via Lhasa

The best option for Malaysian tourists to get to Mount Kailash is to travel by flight from Kathmandu to Lhasa, and then travel overland to the sacred mountain. A 13-day Kailash tour of the plateau, you get to explore the stunning attractions of Lhasa, including the Potala Palace and Jokhang Temple, as well as the sights of the Gyantse Kumbum, the Tashilhunpo Monastery in Shigatse, Mount Everest, and the stunning countryside from Saga to Darchen. This tour costs from around US$1,880 per person.

Option 2: Traveling from Kathmandu to Kailash via Gyirong 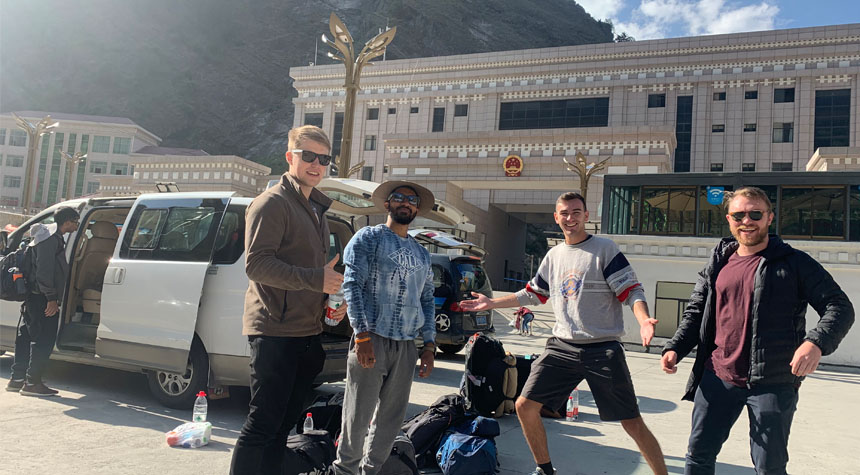 Trave Overland from Kathmandu to Kailash via Gyirong Port

Option 3: Traveling from Kathmandu to Kailash via Simikot

For those that want to travel to the mountain faster, there is an option to take a flight to Simikot from Nepal, traveling via Nepalgunj. From there, you will take a helicopter flight to Hilsa, where you will walk the 100 meters across the river border into Ngari. Your guide and driver will meet you and drive you to Darchen for the hike. The return journey is the same in reverse.

For those traveling into Tibet from Nepal to get to Mount Kailash, the same permits and passes are required, but all are applied for by us before you travel, as you are required to have all documents in place before crossing the border, including the Tibet Travel Permit, the Alien’s Travel Permit, the Restricted Areas Permit, and the Frontier Pass. Your Group Visa, however, is a little different, and is applied for at the Chinese Embassy in Kathmandu once you arrive. We will make the application on your behalf using your original passport, which takes around three days to process.

Normally, the best times to visit Mount Kailash are from April to May and September to October, although the summer, from June to August is also a possibility. Spring and autumn are deal mainly due to the dry weather, cool but not cold climate, and the clear skies that give you the best views of the mountains. In summer, there is a lot less rain than in the east of Tibet, especially around the Gangdise Mountains, so it is still possible to visit the sacred mountain and hike the Kora trek in the summer months as well. However, there can be light showers and clouds, so if you are not into a little rainy weather, spring and autumn are the best options. 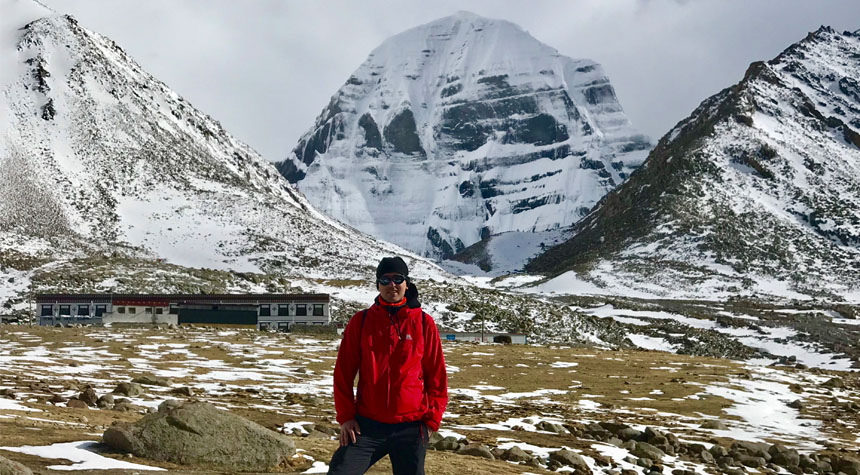 The best times to visit Mount Kailash are from April to May and September to October.

Dining and Accommodation in Kailash Yatra from Malaysia

While the facilities in Lhasa and Shigatse can be as high as five star hotels and quality restaurants, once you get out into the hinterlands of western Tibet, you will find the accommodation more basic and the options for eating a little less extravagant. Most accommodation outside the cities consists of hostels and guesthouses, which have basic facilities, and often no running water or electric. For food, it is sometimes a good idea to bring your own from Lhasa, as the meals at the outlying hostels and guesthouses is mostly Tibetan fare, which is not to everyone’s liking.

How to Budget the Cost of Kailash Tour from Malaysia

If you are looking for a cheaper way to make the trip to Mount Kailash, then there are options available. The most important is the time of year. In the peak months, it is more costly, but since it is not possible to get to Kailash in winter, you can choose to travel in early spring and late autumn, before or after the peak months of summer. There is also the option of choosing to join a Group Tour of the plateau, where you will join other travelers from around the world on the same tour. The major costs, such as driver, guide, etc. are shared with all members of the party, which makes the trip even cheaper still. And there are even cheaper flights that can be found outside the peak seasons to reduce your added expenses. - Read more about Kailash Mansarovar Yatra Tour Packages Cost

Taking a tour to Mount Kailash from Malaysia is one of the greatest journeys in the world, traveling thousands of mile to get to the world’s most sacrosanct mountain in one of the most remote regions of Tibet. An immensely spiritual and intense experience for anyone, not just for Hindus and Buddhists, a trip to this sacred earthly representation of the legendary Mount Meru is one that will leave you in awe of the plateau, the mountains, the lakes, and the whole culture of Tibet.