Can We Climb Mount Kailash Now?

Mount Kailash, 6,638 meters/21,778 feet high, is a sacred mountain to four religions. Its holy status is the reason it isn't possible to climb Mt. Kailash anymore if you are looking for a quick answer. However, there is more to it than that.

People devoted to Buddhism, Hinduism, Jainism, and Bon religions hold the mount sacred. For Buddhists, the mount is home to Buddha Cakrasamvara (Demchok), while the Hindus believe that Shiva and Parvati reside there. To Bon believers, it is the embodiment of Yungdrung Gutsek, while Jainists see Mount Meru as the center of various universes.

Enthusiastic adventurers tried to climb Mount Kailash while the activity wasn't forbidden. However, all of them turned back at some point, driven by intuition or something else. Some of them have experienced a sort of divine warning or had unforeseeable issues getting in their way. Whatever the reason, none ever made it to the top of the sacred mountain.

Since climbing isn’t allowed, what can I expect from a Kailash tour?

As you are about to find out, taking the pilgrimage tour around Kailash is a worthy alternative alongside a few others.

Passionate local worshippers, who start the trek around 3 am, can complete the loop in 12 hours. You, on the other hand, can't expect to match their stamina, so a three-day kora is a perfect fit for you. 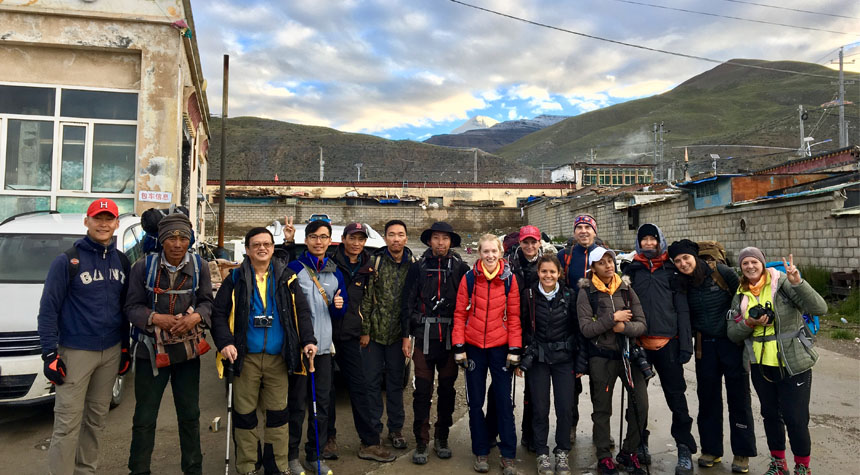 Trek to Mount Kailash from Darchen

Darchen, the base camp of the sacred peak, is your starting point. Along the way, follow the example of the locals in paying respects to something you don't quite see or understand. Once you reach Drirapuk Monastery, you will be on the other side of Mount Kailash from Darchen.

Trek from Drirapuk to Dzultripuk Monastery is physically most demanding. Between these points, you need to contend with Dolma La Pass. Even if you got used to low oxygen, don't take photos too long because of the possibility of strong winds.

On the third day, you will cover the route from Dzultripuk to Darchen at a relaxed pace. Along the way, you will admire a river, canyon, and a distanced lake. See more details at 15-day Lhasa Kailash tour.

As you assume by now, you will experience unique moments during the pilgrimage tour of the sacred mountain. As you advance, you'll discover how far spiritual and physical limits of a person go. Also, you'll enjoy spending time with devout and friendly pilgrims who will inspire you while passing their knowledge to you. 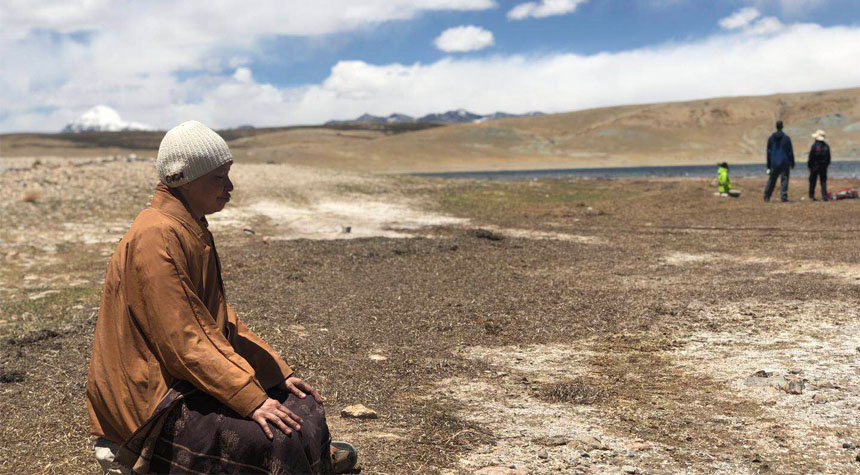 Meditate at the shore of Lake Manasarovar

Your starting point of the Lake Manasarovar kora is Chiu Monastery. On your way to Langbona Monastery, you will spot various items left by pilgrims, such as flags, cairns, and yak skulls. Spend the night in Hor Qu.

Make sure to wake up early during the kora to relish amazing sunrises.

Give yourself a deserved break on the second day when you reach the Monastery of Seralung. Spend the rest of the day around by climbing a nearby hill dotted with prayer flags for marvelous views.

By the end of the third day, you will get a chance to see the mountain of Kailash. As seen from the Trugo Monastery, the mount seems to kiss Lake Manasarovar.

Get up early on the fourth day to get to the Chiu monastery during daylight. During the last leg of your Manasarovar Lake trek, you will put waterproof boots into use since water pits will surprise you quite often.

Toling (Tholing) Monastery used to be a marvelous religious complex until recently. Of the oldest monastery of western Tibet, however, only a few remains survived to this day. Still, they are well worth your time and effort. 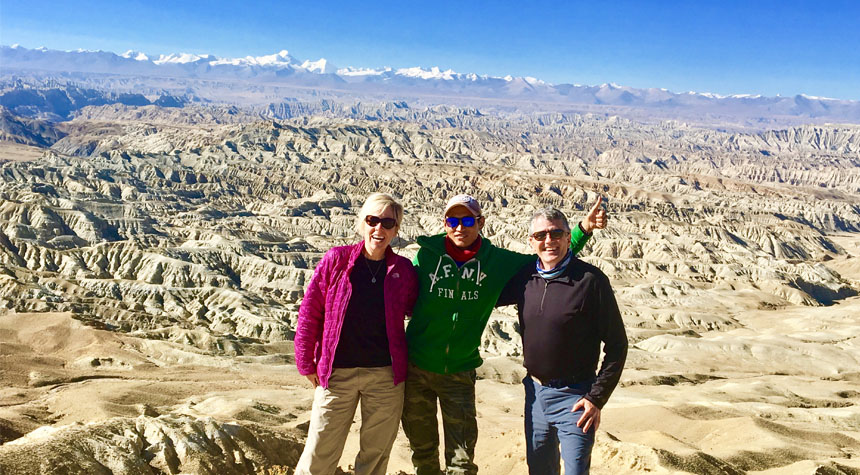 It was just Toling Monastery from where Buddhism spread throughout West Tibet. Surviving stupas are a short walk away from the path that reveals marvelous vistas of the Valley of Sutlej.

The commissioner of the Tholing Monastery was Yeshe -o, the king of the Guge Kingdom. It was a prosperous realm for seven centuries before it suddenly disappeared. Still, the area abounds with landmarks and remains that underline its grandeur.

While exploring the slopes a few hours away from Kailash, you will discover remnants of religious and residential areas. Within monasteries, pay special attention to incredible frescoes depicting scenes of historical, mythological, and everyday events.

Zanda Earth Forest, located along the Langqen Zangbo River, is the largest of its kind in the world. Many travelers find this place magical since it features shapes reminding of religious objects and fortifications, among many others.

After touring Kailash, where can I go next?

Is adventure your way of life? If so, the tour of Mount Kailash and other places we mentioned so far can be only the beginning of your Tibet experience.

The road taking you north to Kashgar, in the Xinjiang province, is among the highest in the world. The ideal time for taking this route is from May to October. Along the way, you will see mountains covered with snow, lakes, and various other scenery. 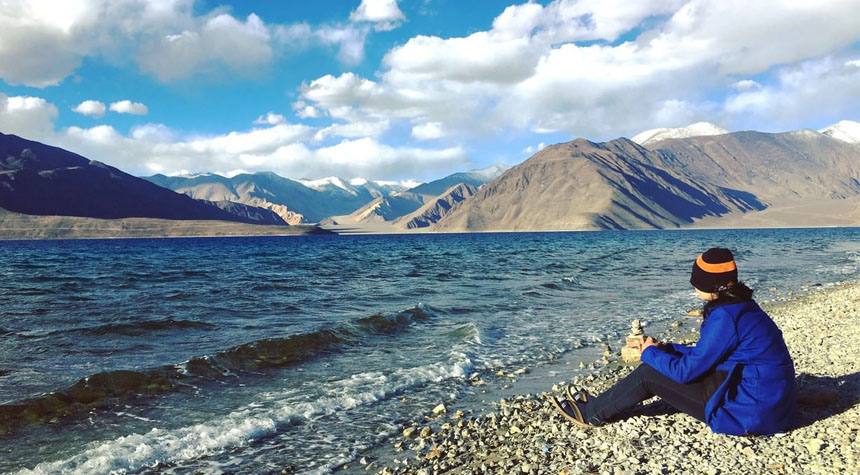 Pangong-Tso Lake, shared between Tibet and India, is a long and narrow lake, featuring tranquil azure waters. Around it, you may see various birds, such as black-necked cranes and brown-headed gulls.

By the end of this trip to the north from Kailash, you arrive in Kashgar. The city used to be along the Silk Road in the past. Today, it boasts the largest mosque in China, bustling markets, and the Kashgar Old City. See more details of 15-days Tibet to Xinjiang overland tour with Mt. Kailash trekking.

After your Mt. Kailash kora, you can head south to Nepal and its capital Kathmandu. While traveling to the border crossing of Gyirong, you will seldom pass by other vehicles, as you are used to in Tibet by now. Once you cross the Tibetan-Nepali border, things change.

When you arrive in Kathmandu, don't miss a few outstanding landmarks and complexes. Swayambhunath Temple, also known as the Monkey Temple, is among them. A colony of monkeys resides in the area of the four-sided stupa, which features watchful eyes of the Buddha at each side. 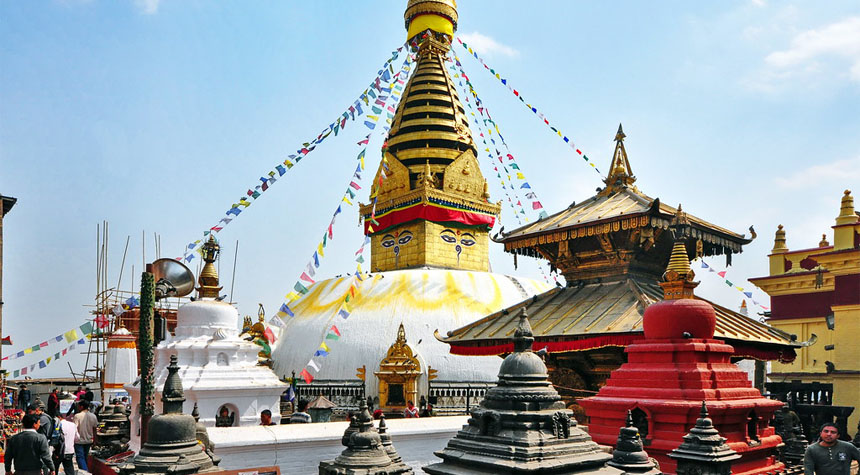 Boudhanath, an immense 36-meter tall stupa, is an important pilgrimage site for the Buddhists. Many monasteries surround the Boudhanath, which features a big dome crowned with a pyramid tower. See more details of 13-day Lhasa Kathmandu overland tour with Mount Kailash trekking.

Head back to Lhasa for next destination

When you return to Lhasa, the Tibetan capital, you are about to take the next stage of your Tibet China tour. You can take a flight to Beijing, Chengdu, Shanghai, Guangzhou, or any of many other cities in China. Or you can opt for the Tibet train, which takes you to Xi'an and Chongqing among other cities, including the aforementioned ones. 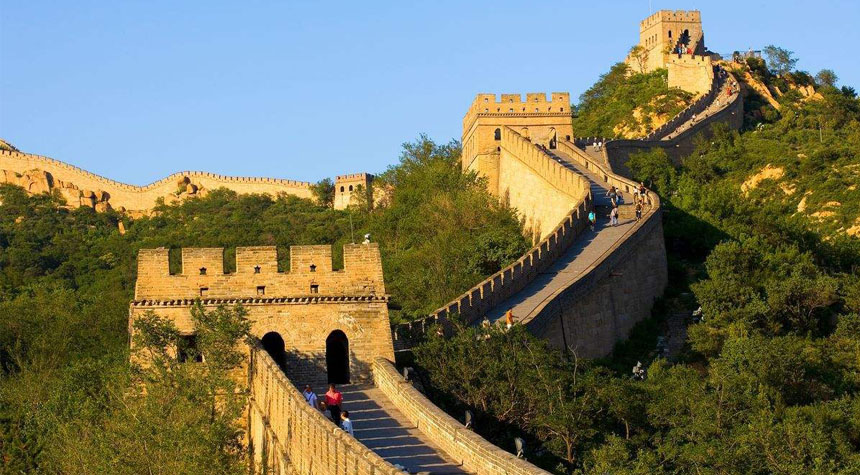 In Xi'an, for example, you can see a grand terracotta army at the Emperor Qinshihuang's Mausoleum. In Chengdu, sample iconic specialties of Chinese cuisine and take a day trip to a Panda Research Center.

In Guangzhou, climb the seemingly topless Canton Tower to admire exceptional views or feel the surge of adrenaline during the sky drop. Tour an outstanding Shanghai Museum, exhibiting maybe the most important Chinese classical art collection.

Finally, don't miss the Forbidden City if you travel to Beijing after your Tibet tour.

Every traveler visiting Tibet needs to have the Tibet Travel Permit (TTP). Also, most tourists need to possess a China Visa to be able to enter China. Additionally, visitors intending to visit Mount Kailash need to obtain a few other permits and documents.

Aliens' Travel Permit, Military Permit, and Foreign Affairs Permit are the documents you need to secure to travel to the sacred mountain. Apply for these permits via your Tibetan tour operator.

Apply for the Aliens' Travel Permit (ATP) when you arrive in Lhasa. Documents you'll need to enclose are the passport and Tibet Travel Permit. The cost of the ATP is several US$, and you should receive the document on the same day.

Whatever documents you may need for your Tibet tour, Chinatibettrain.com offers you a hassle-free application service.

When planning a trip to Tibet and Mt. Kailash, leave enough time to get used to different altitudes. If you come from places that are less than 2,500 meters/8,200 feet above sea level, you can hardly set out on the trip as soon as you arrive in Lhasa (3,700 meters/12,140 feet).

Organizing your Kailash pilgrimage and Tibet tours and securing the necessary documents is just a beginning. A professional travel agency, such as Chinatibettrain.com, can take care of other essentials. Let us know your needs and habits, and we'll book accommodation for you, suggest appropriate food, and more. Also, we are always glad to help you schedule the itinerary based on your interests and available time.