Where to Stay in Lhasa: Find the Best Hotels in Lhasa

Lhasa City is the economic center of Tibet, as well as the center of government and the spiritual center of the Buddhist people. With the coming of the Qinghai-Tibet Railway to Lhasa, there are more and more tourists visit Tibet. Thanks for the increase of the tourism in Tibet, there have been huge improvements in accommodations in the city, with many new hotels being opened to accommodate four and five star ratings. With so many more places to stay in Lhasa, which cater to everything from luxury hotels to backpacker hostels, it can sometimes be a little confusing when looking for somewhere to stay. 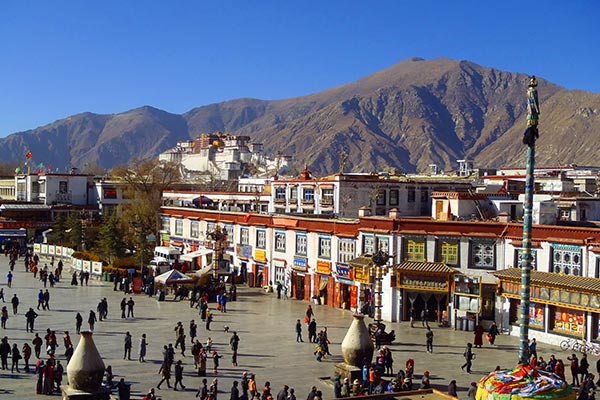 Lhasa has a wide range of accommodation to offer, which ranges from the cheap hostels for backpackers, which there are very few of these days, to the luxury of the four and five star hotels, which cater to the upper end of the market. And there is also everything in between, including 2-3 star hotels and guesthouses catering to mid-range tourists, and the cheaper guesthouses and lodges that cater to budget travelers.

Long gone are the days of bare and stark lodges and hostels, with limited facilities. Nowadays, almost all of the places to stay in Lhasa, from the most expensive to the cheapest, have the basic facilities one can expect from any other tourist destination around the world. Flush toilets in the western style are widely available (useful for those who do not like the Chinese squat toilets), and majority of places have some heating, permanent lighting and electricity, and even Wi-Fi.

The one thing that you will find that is different in terms of hotels in Lhasa is the star rating. What would be four star in Tibet would normally be three star in the rest of the world, so do not expect too much about the western five star service and facilities in Tibet. When you consider that many of the hostels and lodges outside the major cities of Lhasa, Shigatse, and Gyantse are very basic in terms of facilities, and many only have shared squat toilets, even the lowest rated lodge is luxurious in comparison.

How to Choose Where to Stay in Lhasa

Where you stay in Lhasa mainly depends on what you want to get out of your Lhasa city tour. Lhasa itself is split into two main areas, the Old Town and the New Town. Lhasa Old Town is located in the area around Jokhang Temple and Barkhor Street, and is roughly one square kilometer in size, which is very small compared to the rest of the city. The boundary between old and new Lhasa is very unclear, and you will find that as you wander around the Old Town area, you may suddenly find yourself in the wider, commercialized streets of New Town without even noticing. 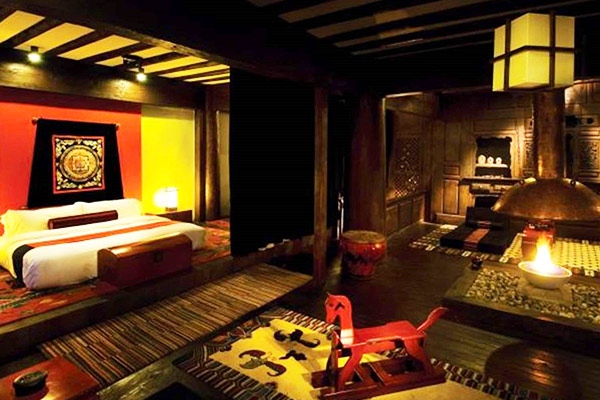 The older Tibetan architectural style is well preserved in Lhasa Old Town, and the narrow streets are winding and a little maze-like. Majority of these streets are filled with commercial spaces dedicated to traditional Tibetan shops selling locally made crafts and commodities and the more traditional hotels and guesthouses. Inside the narrow streets of the Old Town, the small, traditional Tibet hotels and guesthouses are more like staying in family homes than hotels, and are filled with typical Tibetan wall decors, furniture, and other ornaments, and have that old-world feel that you can only get from a local-owned guesthouse. These delightful places are a great way of experiencing more about Tibetan culture, and are within a short walk of the Jokhang Temple and Barkhor Street, where you can experience the early morning bustle of the traders as they set up shop, with the flapping of prayer flags and smoke rising in the early morning sun. Barkhor Street is also the kora route for pilgrims who come to perform the ritual circumambulation around the sacred Jokhang Temple, and is an icon of Old Town Lhasa and the traditional Tibetan way of life.

Outside the Old Town, in the modern area of Lhasa, the hotels tend to be a little more modern, with brighter rooms, bigger space, and more modern facilities. Guesthouses often have en-suite rooms, and the hotels all have the latest in modern facilities. Western cuisine, Chinese architecture and décor, and gyms and entertainment rooms are par for the course in the more up-market hotels, and the deluxe suites of the most expensive hotels have views looking out on the Potala Palace. And even in the three star hotels, you can find air conditioning, guest bathrobes, hair dryers, internet access or Wi-Fi, and a wide range of local and international cuisines.

Majority of visitors to Tibet do choose to stay in the four and five star hotels in Lhasa, as there are better facilities, more options, and much nicer accommodation. For those who will be traveling to other areas of Tibet, where accommodations are a little more basic than in Lhasa, staying in comfort whilst in Lhasa is a great way to start your holiday.

Lhasa hotels may not be at the same grade of four and five star hotels in western countries, but they are the best in Tibet, and are easily equivalent to the higher three-star and lower four-star hotels one would find in the United States. These luxury hotels in Lhasa often come with hot running water, central heating, pristine linens, and all the modern facilities one would expect from the higher end hotels, including Wi-Fi, an important option for foreign travelers who want to update their friends and families while in Tibet.

In Lhasa, you can also find some of the best known international hotels, such as the St. Regis, a large American hotel chain owned by the famous Marriott International Group, and the Sheraton, one of America’s oldest hotel chains that dates back to the 1930s. With such an increase in tourism in Tibet in recent years, more luxury hotel companies are opening hotels in Lhasa, giving even more luxury options to foreign travelers to the region.

One of the major attractions to choosing a four or five-star hotel in Lhasa is the quality of comfort and modern facilities that they can provide. Luxury hotels in Tibet tend to offer more in the way of western foods for their guests, including western style breakfasts instead of congee, western buffet dining, and real coffee, something that is hard to find in lower-priced hotels. En-suite bathrooms are also included, as is a laundry service to take care of those dusty clothes from wandering around the ancient monasteries. Reminiscent of the luxury of the same hotels in the west, the companies have made sure that the quality and service is just as good in Tibet.

For some travelers to Tibet who are on a budget, the guesthouses are the most popular form of accommodation in the city. Clean and friendly, they provide decent rooms at low prices, and you can choose from their economical double and triple rooms to the 8 and 12 bed bunk rooms or dormitories. On average, these normally cost around 35-50 CNY per night, and often include a simple, Chinese breakfast, just do not expect bacon and eggs. Several guesthouses of this variety are located close to Barkhor Street, and while they are very budget friendly, they do not accept credit cards, and do not have air conditioning and central heating. Heaters are provided in the main rooms, and you can get an electric blanket for the colder nights. But they do have 24/7 hot water for showers, and internet access so you can catch up on Facebook. 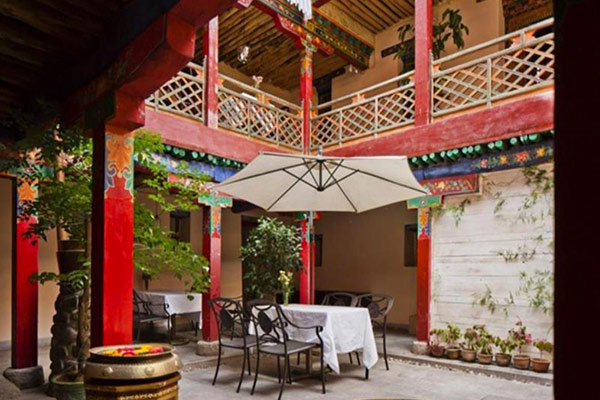 Guesthouses in Lhasa are also alternative

Choose the Hotel in Lhasa for Foreign Visitors

One of the main things to think about when looking for a hotel in Lhasa is whether it has the Foreigners Accommodation License that allows them to accommodate foreign travelers to Tibet. For all hotels, guesthouses, and lodges in Tibet, procuring the correct Foreigners Accommodation License is important if they are going to allow foreign nationals to stay in their hotel, hostel, guesthouse, or lodge. Without the license, they are not permitted to allow foreigners to stay, and to do so can mean damaging repercussions.

As one of the best local tour operators in Tibet, we have a list of licensed hotels in Tibet that we use on a regular basis. Please feel free to contact our travel experts, who have a wealth of experience with hotels in Lhasa Tibet, and have a better idea of the true state of facilities and service in each place in Tibet.

Generally speaking, most of the accommodation in Lhasa is geared towards foreign tourists, as tourism has become one of the busiest industries in the region, and not catering to foreign guests would likely mean the death of the business, especially in a place where tourism really is very seasonal.

0 Comment ON "Where to Stay in Lhasa: Find the Best Hotels in Lhasa"