How to Plan a Lhasa Tour?

As the political and spiritual center of Tibet, Lhasa has a great number of attractions worthy your visiting. Planning an once-in-a-lifetime Lhasa tour is not complicated if you take the following ideas for a reference.

Figure out your transportation to Lhasa

The first thing to figure out is how to get to Lhasa. You have more than one option when it comes to travel to Lhasa, and you can take a flight or ride the train.

Direct flights to Lhasa Gonggar International Airport are only available from cities in China and Kathmandu in Nepal, so you need to choose where to take the flight from first.

The main cities for flights to Lhasa include Beijing, Shanghai, Guangzhou, Chengdu, Chongqing, Xi’an, Xining, and Kunming. Flights run daily from all of these airports, with the flights taking from 2 hours 15 minutes from Chengdu to as long as 4 hours 30 minutes from Beijing. Flights can cost from as little as US$ 127 per person to more than 400 dollars per person, depending on your departure location for Lhasa. 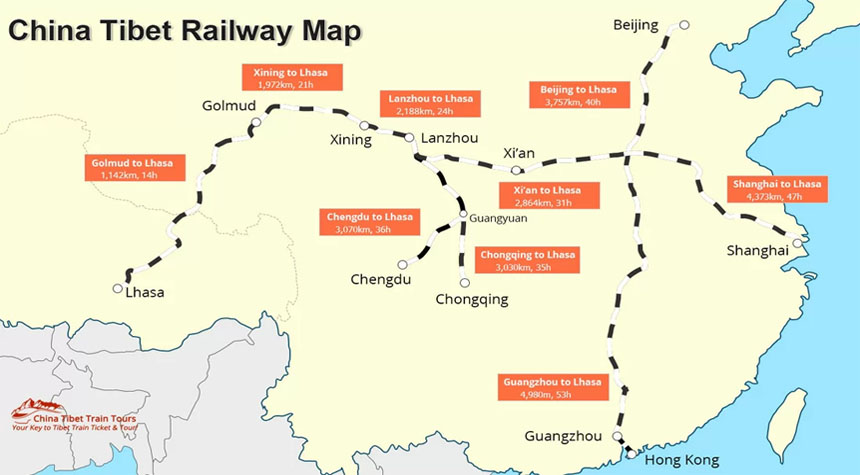 You can board Tibet trains from Beijing, Shanghai, Guangzhou, Chengdu, Chongqing, Lanzhou, Xi'an, and Xining.

The other option for traveling to Lhasa is taking the Tibet trains from mainland China along the legendary Qinghai-Tibet Railway. The famous Tibet trains depart from seven gateway cities across China, with the trains from Beijing, Shanghai, Guangzhou, and Xining departing daily, and the trains from Chengdu, Chongqing, and Lanzhou departing every other day. The trains can take anywhere from 21 hours to 53 hours to reach Lhasa, and can cost from 74 dollars from Xining to around 220 dollars from Guangzhou. Though Xian doesn’t operate a train to Lhasa, but both Shanghai-Lhasa trains and Guangzhou-Lhasa trains stop at Xian Railway Station, so you can take Tibet trains from Xian as well. 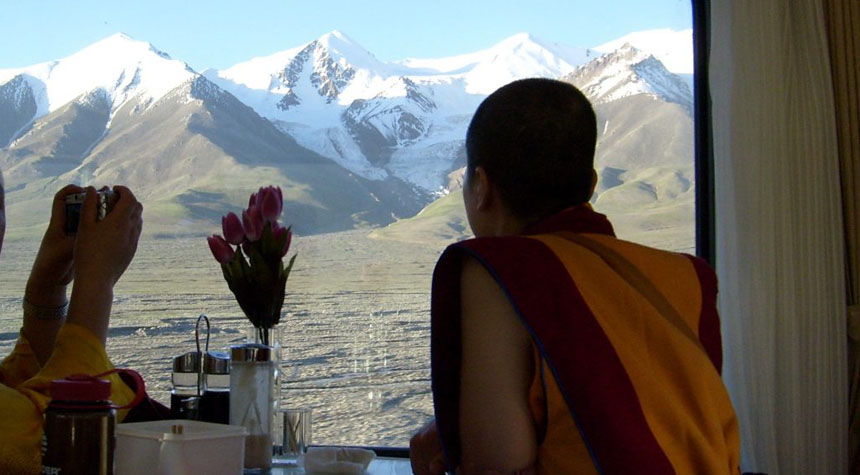 The essential scenery of Qinghai-Tibet Railway lies in Golmud-Lhasa section.

While traveling to Lhasa by flight is high efficient and time saving, heading to Lhasa by train to Lhasa is selected by more tourists, as the trip is much more exciting and enjoyable. It is not easy to grab a Tibet train ticket especially during peak season. However, we can also help with booking your train tickets for you, which can help to ensure that your tickets can be booked for the dates you require.

Decide how many days to spend in Lhasa

Deciding on how long you will stay in Lhasa really depends on you and what you want to see while you are here. The average tour of Lhasa normally lasts for around four days, including the arrival and departure day. The 4-day Lhasa tour allows you time to visit the most iconic attractions of this amazing high-altitude city. The tour of the city covers the mist iconic attractions of Lhasa, as well as some of the Gelug tradition monasteries that surround the city. 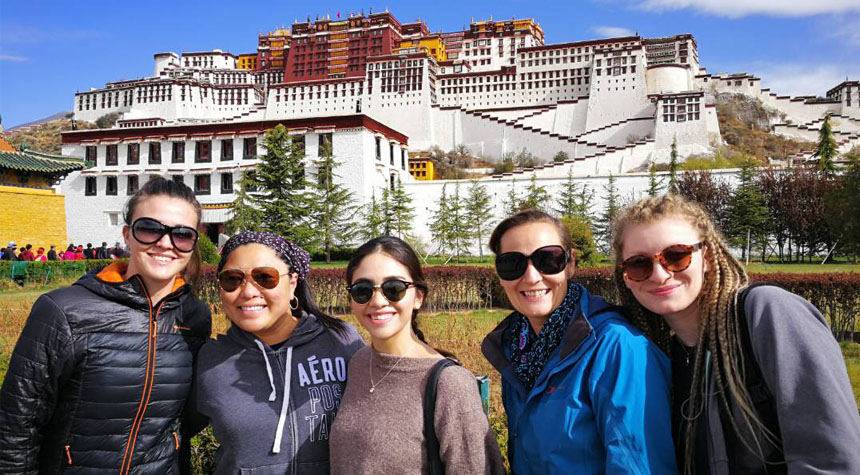 Potala Palace, pearl on the Roof of the World, is a must-go attraction of Lhasa.

The top 4 iconic attractions in Lhasa include Potala Palace and Jokhang Temple, Drepung Monastery and Sera Monastery. Potala Palace, the former center of the Dalai Lama’s power in Tibet and his former winter palace, is now a museum and one of the most amazing structures in the world. Jokhang Temple in the city is another of those major iconic attractions that draws visitors from all over the globe to wander through its corridors and chapels. Built in the 7th century and shrining the life-sized statue of Sakyamuni at the age of twelve, the temple is considered to be the most sacred temple in Tibetan Buddhism, and is the center of pilgrimage for hundreds of thousands of Tibetan pilgrims every year.

If your schedule is a little tighter, then you can choose the 3-day Lhasa tour, giving you a shorter introduction to the core sites of this stunning city. The tour cuts out the visits to the outlying monasteries, and focuses on the major attractions, such as the Jokhang Temple, Potala Palace, and the amazing Barkhor Street. This shorter tour allows travelers on a tight schedule or limited travel time to experience the best of what this city has to offer.

While you can spend 3-4 days in the city, it is much more advantageous if you would add an additional day to the tour, to allow you to visit other amazing attractions that are located close to the city center. A 5-day tour means that you can head out of the city a little way to visit such places as Lake Yamdrok or Ganden Monastery, while a 6-day Lhasa tour brings you to the famous Namtso Lake and Yangpachen Hot Springs. 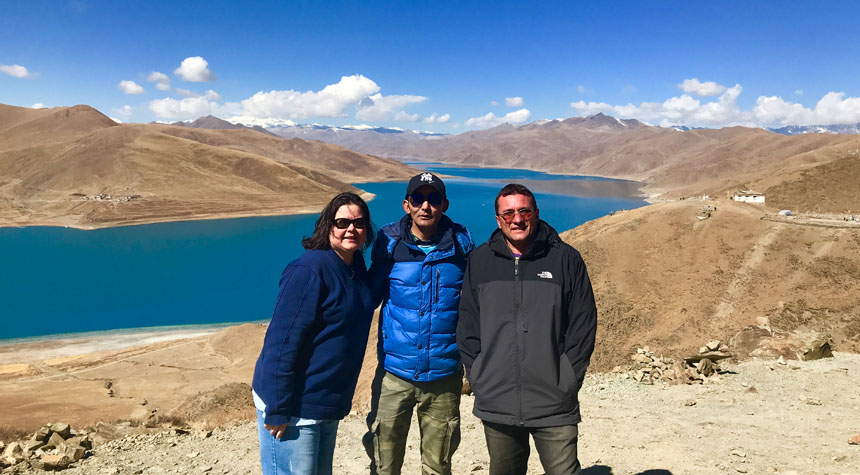 Yamdrok Lake, one of the three sacred lakes in Tibet, is only 2 hours' drive from Lhasa.

If you are looking for something a little more in-depth, and have the time to add an extra day or two to your Lhasa tour, you can also spend some time visiting one of the small local Tibetan villages that surround Lhasa. Here, the religion and culture of the plateau people are more evident in their everyday lives, and you can better understand the culture of the Tibetan people.

Lhasa can be visited throughout the year, despite being subject to the Southwest Indian Monsoon. The mountains of the Himalayas act like a natural barrier for Tibet, sheltering the plateau from the worst of the monsoon. You can feel four-season obviously in Lhasa, with its best weather from spring to autumn, including the damper summer months, when you can find the clearest skies and best weather on the plateau. 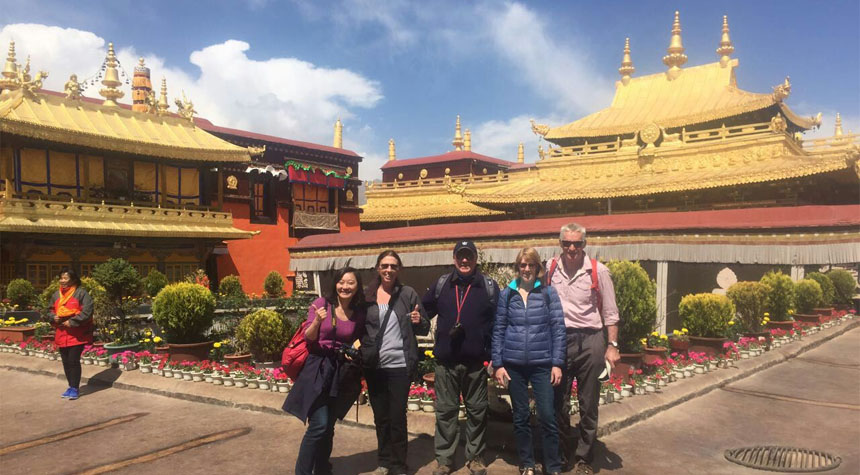 The best time to visit Lhasa is from May to October, which is when the weather is at its best and warmest. Peak season is a popular time to visit because of the warmer temperatures, as well as the fact that the oxygen level of the atmosphere is slightly higher in the heat of summer.

As the City of the Sunshine, Lhasa has warm sunshine even in winter months. It is warmer than northern cities of China like Beijing. If you visit Lhasa in winter, besides the clear air and blue sky, you can find the transportation and accommodation are less expensive than usual while the city is little less crowded.

The final thing you need to consider is the travel agency that you will use to organize your tour of Tibet. Independent travel is not permitted in Tibet, so all tourists must book themselves on a pre-arranged tour of the region with a registered Tibetan travel agency. Here at ChinaTibetTrain, we can make all the arrangements on your behalf, from obtaining your permits and passes, including the famous Tibet Travel Permit, to organizing your private guide and driver, custom tour vehicle, and even your train tickets to Tibet from mainland China. And with our head office being in Lhasa itself, you can be sure that we will take good care of you on your trip to the Roof of the World.

Organizing a tour of Lhasa is a little more complex than just turning up and traveling to other cities of China. However, with the need to have a tour agency handle the nitty gritty little details for you, all you have to really decide is when, where, and how long, and let us do the rest.