How to Get to Lhasa, Tibet

Lhasa city, the magnificent roof of the world, still remains as a place of wonders for many travelers. This spiritual centre of Tibetan Buddhism still manages to regain its old charm against the growing modern influence. The first view Lhasa will invite you with is the high, red and white, majestic looking Potala Palace which fully captures the beauty and spirituality of the city. Lhasa city is located at an elevation of 3,680m. In spite of the popular misconception that it is tedious and hard to get to Lhasa, that is not the case. Here is information on different ways to get to Lhasa and you can choose the best way that suits you.

Get to Lhasa by Flight

The only international flight to Lhasa is from Kathmandu, Nepal. The most convenient way to get to Lhasa from mainland China by flight. Some of the major cities you can take a flight to Lhasa are Beijing, Shanghai, Chengdu, Guangzhou, Xian, and Chongqing, which offer regular weekly flights to Lhasa. Among them, the most popular city the tourists land before going to Lhasa is Chengdu, which has the most number of flights to Lhasa and vice versa. There are more than 30 flights from Chengdu per day during high tourist season. The travel time is about 2h 15min. 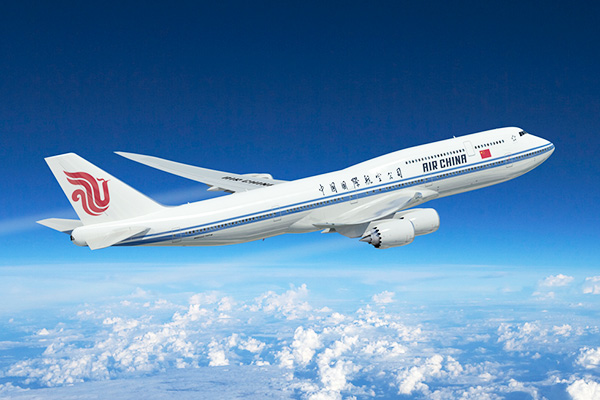 Flight to Lhasa from Kathmandu

If you are entering Tibet from Nepal, you can only take a flight from Tribhuvan International Airport in Kathmandu. There are two direct flights from Kathmandu to Lhasa every day. There are also connecting flights with stopovers at Chengdu, Chongqing, or Kunming.

The biggest advantage of going by flight is that you get save a lot of travel time. At the same time going by flight is expensive and it is not the best way to get acclimatized to high altitude. So it is suggested to stay in Lhasa for few days and then continue your Tibet tour to other areas in this high land.

Get to Lhasa by Train

Qinghai-Tibet Railway is known as the one of the greatest engineering marvels on Earth. It is one of the highest railways on the world that offers some of the best views nature can offer. In spite of many geographical and economic hurdles and difficulties, the Qingzang railway was successfully built and the services were commenced in the year 2006. 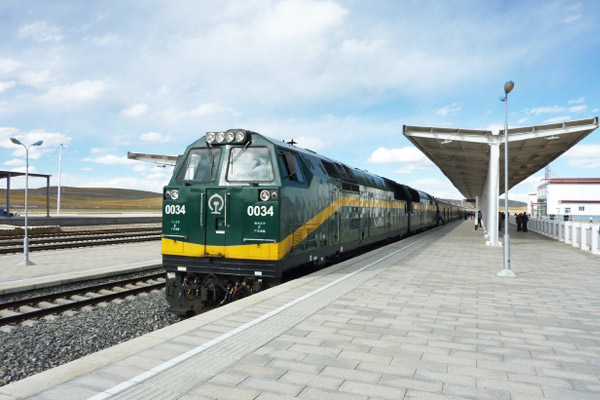 While most of the journey will be at an elevation higher than 4,000m, the highest point during the journey would be Tanggula station at 5,072m. Tanggula station the highest railway station in the world. The scenery ranges from lakes, rivers, and grasslands to high passes, deserts, and interesting wildlife. The mainland China cities from where you can board on Qinghai- Tibet Railway are: Beijing, Shanghai, Chengdu, Xining, Guangzhou, Xian, Golmud, Chongqing and Lanzhou.

All Tibet trains have hard sleepers, soft sleepers, and hard seats. You can choose one according to your budget or need. The train to Tibet has all the required facilities like canteen, washrooms, wash basins, hot water, snacks, centralized oxygen system and individual oxygen supplies.

The biggest advantage of going to Lhasa Tibet by train is getting to see all the wonderful views that you might have otherwise missed while travelling by flight. The train tickets generally cost less than half of flight costs. But in peak seasons, during the summer holiday and in the early October, it is hard to get a Tibet train ticket and the price is much higher than usual. So it is suggested to book Tibet train ticket in advance.

Get to Lhasa by Overland

Overland to Lhasa via Sichuan-Tibet Highway

Qinghai-Tibet Highway is known for its beautiful lakes and grasslands en route like Qinghai Lake, Namtso Lake, Qiangtang Grassland, and the stunning views of northern Tibet plateau. Yunnan-Tibet Highway is a culturally rich route that follows the ancient Tea Horse Road. Xinjiang Tibet Highway is the highest and longest highway of the five, while Sino-Nepal Friendship Highway is the shortest highway which provides you with close views of mighty Everest. Going by overland is one of the best ways to get in touch with the local culture and have a deeply immersive experience.

Going by overland takes anywhere between 7- 15 days depending on the package and route you choose. It is important to be mindful of the weather when you choose to go by overland. Spring and autumn are the best months to go for overland tours. Though it costs more than getting to Lhasa by flight or by train, getting to Lhasa Tibet by overland offers rich experience and adventures on road. It really tests your limits and travelling on some of the highest roads on the world can be exhilarating.

In a world, it is not as difficult as you thought to get to Lhasa, Tibet. There are many ways for you to choose, according to the time available, budget, and what kind of experience you are looking for. No matter which mode of transport you choose, Tibet has plenty of magic to give you. Just pack your bags and go the roof of the world to unwind, to escape the concrete jungle, to go back in time and to get a taste of heaven!