When is the Best Time to Visit Lhasa City

Lhasa, the city residing among the skies, is the capital city of Tibet. From being a niche destination to a commercial destination, tourism in Tibet has come a long way. The high and remote location of this beautiful place has doesn’t stop tourists from flocking to this heavenly region. Lhasa, the holy city, is located at an altitude of 3,600m. It sees sunshine recurrently throughout the year. The basic characteristics of weather in Tibet are strong sunshine, thin air, low air pressure, heavy winds, summer showers, and extremely cold winters.

Spring months in Lhasa are late February to May. Spring is usually known as the windy season or dry season, because of the heavy winds during these months. There is little rain, lot of wind and snow only in mountainous regions. Daytime sees strong sunshine with strong radiation. It is advisable to use sunscreen lotions without fail. In spite of warm daytime temperature, there is quite a high temperature difference between day and night. The nights tend to get extremely cold. The pleasant climate starts to kick in May. This makes May the ideal month for family tours.

The Average Temperature of Lhasa in Spring

May is also one of the best months for photographers to capture the beauty of Lhasa. The famous Saga Dawa festival happens in the month of May. The months of Aril, May, and June are best for Everest Base Camp tours and uninhibited view of Mt Everest as there will not be rainy or foggy weather. But early spring is still too cold to visit Lake Namtso near Lhasa city for the lake is still frozen until late April. 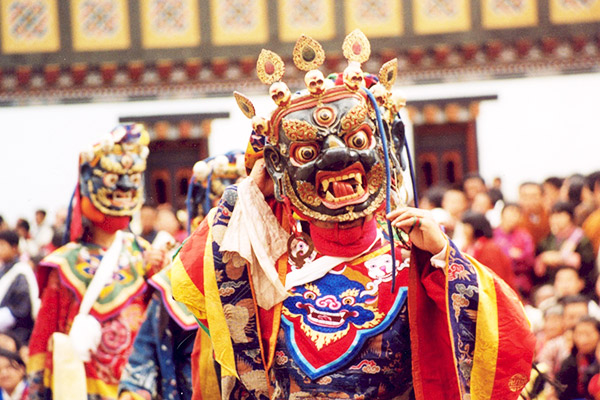 Saga Dawa festival celebrated in May in Lhasa

Summer months of Lhasa are June, July, and August. The temperature during summer months range from warm to cool. These months also see mild showers during night times, so it is not really a hindrance for the tourists. Some days it showers in the afternoon but not for more than an hour. The oxygen content in the air is also higher compared to other seasons. The climate is overall mild with strong UV radiation due to the high altitude of the city. Make sure you use sunscreen lotions and caps to protect your skin. The temperature gets the hottest at noon. Although the temperature difference varies greatly between day and night, it is less compared to other seasons. Summer is when you see a lot of locals from China travelling to Tibet because of the holidays.

The Average Temperature of Lhasa in Summer

Due to the warm temperature, all the tourist spots are ideal to visit. Some of the must-visit spots are Jokhang Temple, Potala Palace, Barkhor Street, and Drepung Monastery. June is an ideal month to take a day-trip to Lake Namtso from Lhasa. You can visit the holy lakes to capture the magnificent sunrises and sunsets. 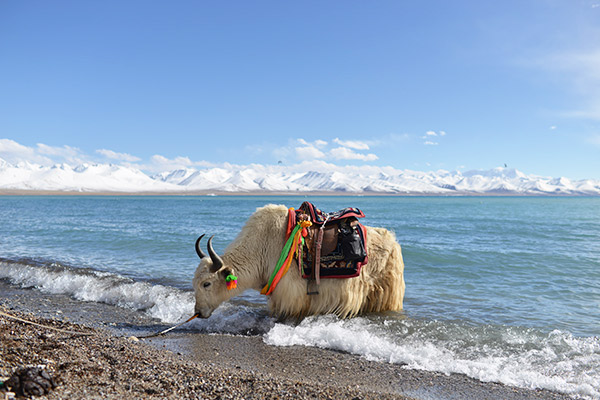 A lot of sports contests and outdoor market fairs take place in the grasslands in the months of July and August. July and August is also the best time to take the famous Tibet train to Lhasa through the Qinghai-Tibet railway for the flowers are fully bloomed and the mountains are still covered in snow and all the scenery looks bright and fresh with active wildlife and nomadic activity. Festivals like Shoton Festival, Nagqu Horse Racing Festival, and Ganden Thangka festival fall during the summer months.

Long trousers, full hand cotton t-shirts, and hats to avoid sunburns. Sunscreen lotion or sun block is very important to protect your skin. Carry water proof jackets and pants as it occasionally showers at afternoons and nights. The nights are still cold so carry warm clothes for the night.

September and October are the autumn months in Lhasa and autumn sees the maximum inflow of tourists, locals and foreigners alike. The leaves turn golden brown and the forests give off a golden glow. The weather is clear and cool, no heavy clouds blocking the view of mountain peaks during autumn. The mild sunlight and dry winds characterize most of the day. The nights are not as cold as winter or spring. The weather conditions during autumn are ideal for exploring in Tibet and the scenery is breathtaking. If you are planning to visit Lhasa in autumn, pre-book the tickets, hotel rooms, and everything else at least two-three months in advance. The overall prices of air tickets and hotels rooms are significantly high during autumn.

The Average Temperature of Lhasa in Autumn

Autumn is ideal time to do just about everything and anything in Lhasa. Be it visiting the tourist attractions like Jokhang Temple, Potala Palace, Barkhor Street, Sera Monastery, Drepung Monastery, holy lakes etc. or hiking tours, climbing tours, cycling tours, overland tours from Lhasa to other places in Tibet all are ideal to do during autumn. You can enjoy the clear views of the mountain peaks. Mid September to Mid October is also the advisable time to visit Everest Base Camp. 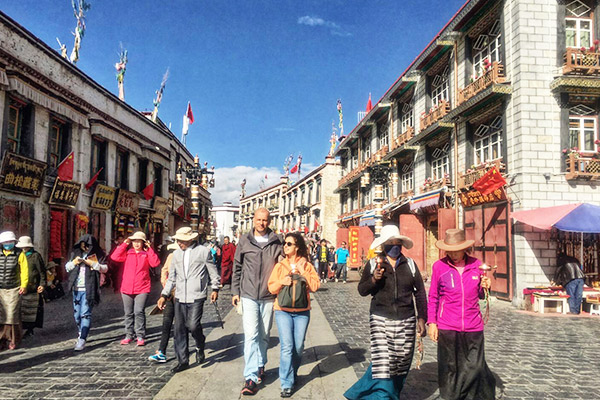 Plain t-shirts and jackets will be enough for travelling during day. As nights are still cold, wear thermal wear and warm clothing. If you are planning to the EBC trek or climbing the Everest bring appropriate clothing and other items. You can rent or buy them in Lhasa itself.

Is it Too Cold to Visit Lhasa in Winter?

One of the most common misconceptions tourists make about Lhasa is that, it is too cold to travel during winter and that it is inhabitable during winter. That is not the case at all. While winter is cold and there is a lot of snow, it is still warmer than many places in China. November- March is the winter months of Tibet and it is important to note that in February and March many attractions are closed off for tourism.

November is still a good time to travel to Lhasa as there is still some sunshine during the day, pretty warm around noon, but the nights get super cold. One of the advantages of travelling during winter is that it is off-season so the cost of tickets and accommodation is significantly less. You also don’t have to worry about the typical tourist crowd filling up the streets.

The Average Temperature of Lhasa in Winter

Tibet is at its most tranquil vibe during winter. Visit only nearby tourist attractions like Jokhang Temple, Potala Palace, Barkhor Street etc. You can enjoy local Tibetan festivals like Tibetan New Year and Tsongkhapa Butter Lamp Festival during this season. You will see Tibetans getting ready for their farming season and festivals, as winter is also the slack farming season. Winter shows a different side of Tibet that tourists don’t get to see during other seasons. 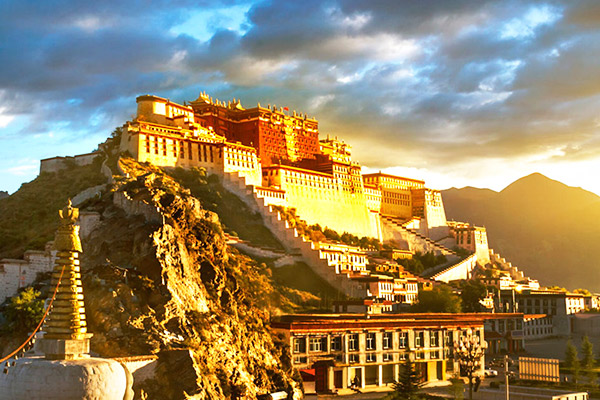 Lhasa in winter has a lot of sunshine

Thermal wear, gloves, socks, sweater, water proof jackets, moisturizer, and other clothing to keep yourself warm. Have both boots to walk on snow and comfortable shoes.