While planning a trip to Beijing Tibet and Nepal, you must be wondering about a good time to go. Generally, the best months for taking such a classic Asian travel route extend from April to June and from September to February in the next year.

Does it mean that you can only take a Beijing Tibet Nepal tour in spring and autumn? How about the weather and climate of these places in different seasons? Here below introduces some climate conditions of the three fantastic destinations as seasons vary throughout a year.

Geographically, Beijing is a typical Northern city with very featured northern climates. It has a hot summer with humidity and cold winter with severe drought in the air. So the best time to visit Beijing is in spring and autumn, when it is mild, warm, and fresh, with its temperature always hovering around 15 ℃ to 30℃ (59℉ to 86℉). 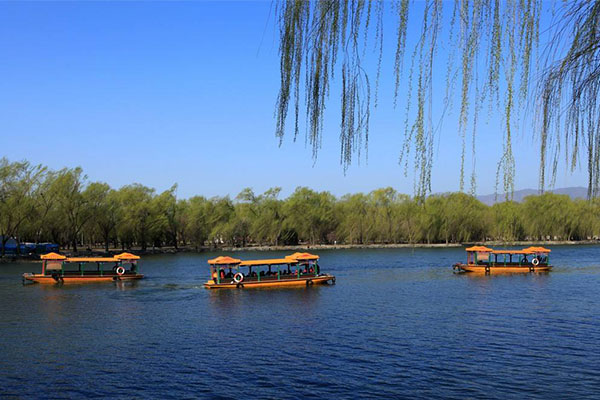 Spring is one of the best seasons to visit Beijing.

The hottest months of Beijing include July, August and September, when the temperature easily hits 35 ℃ (95℉) in most of the days, sometimes even 40℃(104℉). If you plan to visit Beijing in Summer, please pay attention to sun protection and summer heat.

The coldest months of Beijing last from December to January, during which the temperature is often below 0 ℃ . But luckily, there is central heating offered by the government in winter. So it is not cold indoors. But you still need to bring some warm coat, gloves and a scarf with you when you visit the outside attractions.

Among these destinations, Tibet has the most complicated weather condition. Its minimum temperature in a year fluctuates about -10℃(14 ℉) between December and February, while the maximum temperature of Tibet is around 26℃(78.8℉), between June to September. In spring and autumn, the two of its most enjoyable seasons, its temperature ranges from -4℃to 20℃(24.8℉ to 68℉). In early spring, when everything comes back to life, its ice begins to melt, opening up the blocked roads to visitors coming a long way from afar. Tibet’s autumn, much like its spring, offers the best display of an earthly fairyland. It's crisp, clear and cool, refreshing to your mentality and everything. 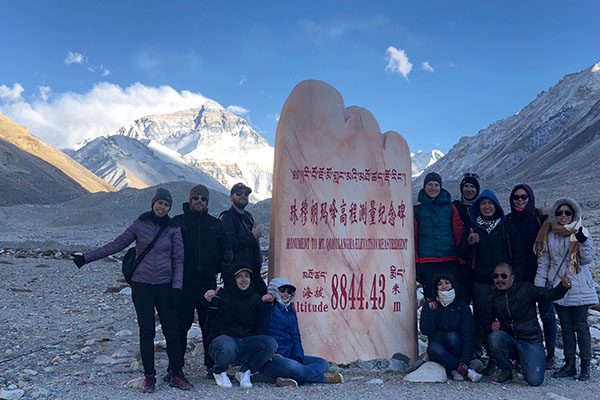 Enjoy a clear view of the peak of Mt.Everest during the best seasons to go

The best months for visiting from Tibet to Nepal, via Mount Everest area, are April, May, September and October. In these months, weathers are dry, clear and crisp, offering you the best visibility of staring at the world’s highest peak at a proper distance. If you want to appreciate the incomparably majestic sightseeing to its best, you’d better arrange your Tibet Nepal tour according to the time.

Winter is also a good time to visit Tibet, as well as to the Everest Base Camp, when the temperature ranges from -10℃ to 15℃(14℉-59℉). It is not unacceptably cold, unlike many may thought.

In winter, it has lower costs for accommodation, both in Beijing and in Tibet. Winter is a slack season for most touring destinations. If you’re sensitive to prices, then winter is a really good choice.

On the contrary, July and August are the busiest seasons for China’s native travelers, not only in Tibet, but for almost all scenic spots, due to the summer vacation of school kids. During these two months, almost all the well-known tourist attractions will be overcrowded, prices for accommodations and restaurants will be slightly higher than normal, and it will be really difficult to book a Beijing to Tibet train ticket. So if you don’t want to get shoved and hustled in crowds along scenes you’ve been longing for, and you don’t want to pay more for less, you should really avoid them, as well as the first week of October, the week-long off for China’s National’s Day, for it’s also exceptionally busy.

As much as Tibet is the dreamland all year round, but in summer it’s just too crowded with native travelers of China. Though it doesn’t make Tibet any less of “the pure land closest to heaven”, but it indeed has negative aspects to your travel experience.

The high altitude of Tibet also results in thin air, strong sunshine, and lower boiling point. Also, its temperature varies widely from day to night. So you may need to bring sunglasses, sun helmets, and take extra care of yourself in its chillness of nights. Anyway, the most amazing and miraculous landscapes of Tibet are in all ways related to or attributed by its very rarely converse climate conditions at such a unique geographical position.

>> Lear more about the altitude sickness in Tibet

Nepal, a country sits on the south range of Himalaya, yet it is known for its perennial warmth and named as a “paradise in the mountains”. From May to Sept are the rainy seasons. But following the rainy months, the other half of the year, from Sept to May in the next year, Nepal is all in its best time for travelers.

Autumn, from Sept to Nov, is the best time to visit Nepal, especially for outside activities, because it’s neither dry nor humid. It has an average temperature of 23℃to 25℃(73℉-77℉), which is pleasant for trekking and hiking in the mountain areas. Since it is a peak season for mountain climbing in Nepal, it is suggested to make your travel plan as early as possible so that you can get a room and arrange your transfer at a better price. 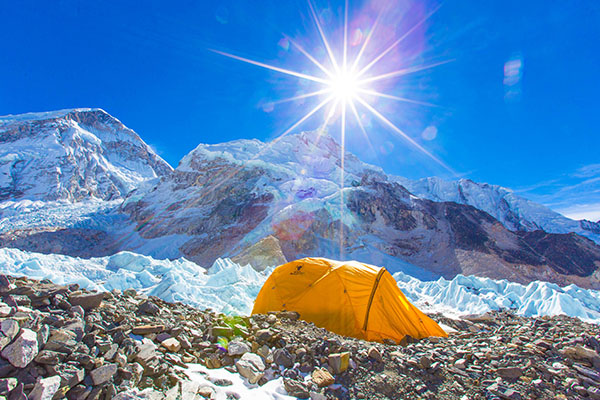 Go mountian hiking and climbing in Nepal during the best seasons

In winter, from December to February, it’s a relatively slack season for tourism, with a temperature of between 9℃ to 12℃(48℉-53℉). It is quite cold at night, but you can enjoy a quiet and peaceful day trekking in the daytime since there are fewer crowds than at any other time during the year.

In spring, its temperature ranges between 16℃ to 23℃(60℉-73℉), a very pleasant weather for trekking and hiking. Summer is the monsoon season in Nepal, so it is not a good time for trekking and mountain climbing because the mountains may be covered by cloud. Please avoid visiting the Himalayas in Nepal in summer time.

It is worth mentioning that as a country of Buddhism, there are many religious festivals all year round in Nepal. Even for non-believers of Buddhism or atheists, the local festival is more a cultural treasure than a religious sign, and it definitely shows one truth: that the sharing and admiration of cultures are regardless to borders and religions. So if you are keen on culture experience, you can also visit Nepal in one of the local festivals.

Of cause, each of these destinations in every season displays its distinct beauty. But depends on what you’re here for, there is a timeline to follow. For more information and travel suggestions about the Beijing Tibet Nepal tour, please feel no hesitation to leave your message below or contact us online. Our professional travel experts will contact you within 24 hours. We would hope that our advisory expertise in tourism provides you the best tour ever.

0 Comment ON "Best Time for a Beijing Tibet Nepal Tour"