From the ancient palaces in Beijing to the religious medieval temples in Kathmandu, a blend adventure across China and Nepal is a dream journey for many tourists to explore the two countries together. And one of the most classic routes is to connect the three cities of Beijing, Lhasa and Kathmandu, to enjoy a highlighted Beijing Tibet Nepal tour. Read this guidance to make clear the way to get to Kathmandu from Beijing, and to prepare yourself a perfect plan for a lifetime Beijing Tibet Nepal tour.

Can I Get to Kathmandu from Beijing by Train?

Crossing a linear distance of more than 3000 kilometers, Beijing and Kathmandu are respectively capitals of China and Nepal, two neighboring countries in Asia. For the time being, there is no train running from Beijing to Kathmandu. But the train from Beijing to Lhasa is available every day, which takes about 40 hours to reach the highland city of Lhasa. And tourists can travel either by road or by air from Lhasa to Kathmandu, across the Tibetan Plateau.

Besides, the proposed China Nepal Railway is under construction, which is planned to connect Lhasa in Tibet and Kathmandu in Nepal. The railway will go via Gyirong Port, the border of Nepal and China at the southwest end of Tibet, and to traverse the towering Himalaya ranges. The construction of the rail line is expected to done by 2022. By then, travelers can travel all way to Kathmandu from Beijing by train, by several stages.

How to Get to Kathmandu from Beijing?

If you want to reach Kathmandu from Beijing by air, plenty of flights are available, but one or two transfers will be needed on the way since there is no nonstop flight flying between two cities. It is easier to travel to Guangzhou, Kunming, Chengdu or Hong Kong from Beijing first, and then catch a connecting flight to Kathmandu.

It is recommended to book your Beijing to Kathmandu flight from China Eastern Airlines and China Southern Airlines, which are two of the Top Three Airlines in China and provide the most frequent flights to Nepal. There are a dozen daily flights operated by the two airlines, and the flight time is as short as 8 to 9 hours, with a stop for 2 to 3 hours in Kunming or Guangzhou. And the ticket fares for flight routes via the mainland cities in China are relatively cheaper than that via Hong Kong, or cities abroad, like Bangkok and Seoul. 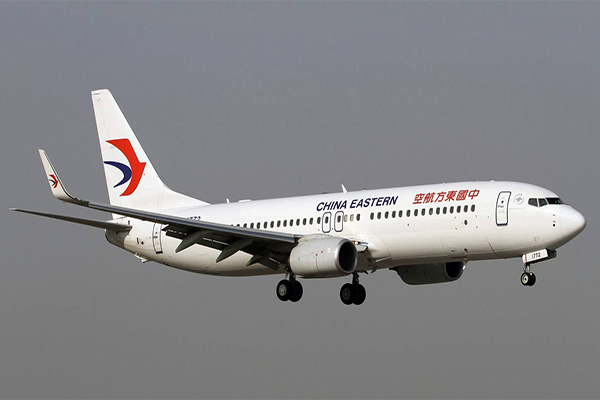 The first choice to get to Kathmandu from Beijing is to take the flight.

If you have spare time and don’t need to run urgently to the destination, you can get from Beijing to Kathmandu via Lhasa, a classic route for more sightseeing and adventure. Transferring from Beijing to Lhasa can be done by the Tibet train or a direct flight. Then you can take an international flight from Lhasa to Kathmandu, which only takes 1.5 hours on the way. Or you can enjoy an overland trip between Lhasa and Kathmandu, to experience the unique landscapes of Tibet.

Overall, the way to get to Kathmandu from Beijing can be a single transfer or a blend trip of different experiences. Which way to choose is based on your travel time, budget cost, or what you want to see and experience on the way.

How to Plan a Beijing Tibet Nepal Tour

Before you start your epic journey across China, Tibet and Nepal, you need to prepare the required documents, including Tibet Travel Permit and Nepal Visa. Tibet Travel Permit is a must for foreign travelers to enter Tibet and can only be obtained by an authorized local travel agency in Tibet. Your China visa and passport will be needed when you apply for the permit. And it is suggested to start the application 20 days before your scheduled day to enter Tibet. Whether you choose to get to Tibet from Beijing by train or flight, your obtained Tibet Travel Permit will be checked before the boarding.

The other required travel permit is the Nepal Visa, which should be obtained before your Tibet and Nepal tour. There are two ways to apply for a Nepal Visa in Tibet: obtaining it at the Nepal Consulate in Lhasa or get the visa on your arrival at the crossing point of Gyirong Border. The second option is strongly recommended, as it is quite simple and will only take about one hour, if no special circumstances.

In addition, if you are going to visit some restricted or closed areas in Tibet, like Everest Base Camp and Mount Kailash, you will also need extra permits, like Aliens’ Travel Permit, Military Permit, and Frontier Pass etc. For a better preparation on all the travel documents for your Beijing Tibet Nepal tour, we provide the professional consultation and application services, as a trustworthy and seasoned Tibet tourism operator. Please feel free to contact us for more details.

As mentioned above, the way to get to Nepal from Beijing has different alternative options. And when you take a Beijing Tibet Nepal tour, there are also many routes one can choose from. Among them, the best way to take a Tibet Nepal tour from Beijing is to first take the train from Beijing to Lhasa, and then travel overland from Lhasa to Kathmandu. For it has several benefits that a large number of tourists will concern.

Firstly, by taking the train from Beijing to Lhasa, you can appreciate the fascinating natural scenery along Qinghai-Tibet Railway, a world engineering miracle on the roof of the world. From Xining, the starting point of Qinghai-Tibet Railway, the train will run through the land of snows, Gobi desert, massive grassland, snowy mountains and clear lakes etc., all showing like vivid pictures. 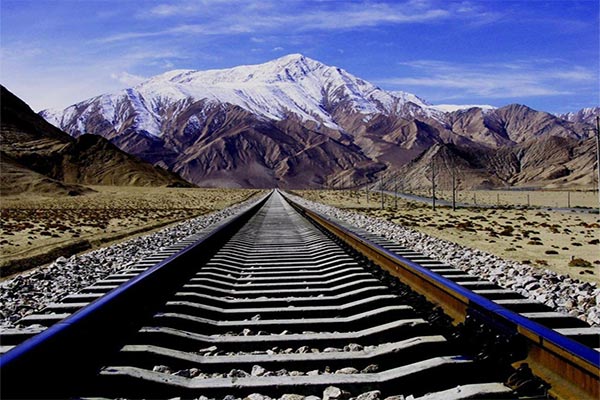 One can take in the breathtaking scenery along the railway while take Tibet train to Lhasa.

Taking a train to Tibet can also decrease the possibility to suffer from high altitude sickness. As Beijing is located at an elevation of almost sea level while Lhasa is at about 3,650 meters, spending dozens of hours on the train with gradual altitude increase will let you better acclimate to the high elevation.

And the Lhasa to Kathmandu overland tour is one of the most classic route to travel from Tibet to Nepal, which will reward you an unforgettable experience with breathtaking landscapes, highland adventure and exotic culture. Hitting the road on the roof of the world, you can visit the religiously holy monasteries like Tashilhunpo Monastery, Jokhang Temple, and take in the unparalleled view at scenic sites, such as Everest Base Camp, Yamdrok Lake etc. Sounds unbelievably attractive? If you have already interested in this route, here we recommend our well-designed 9-day Beijing Lhasa Kathmandu Tour by train and please check for more information.

The best time to take a Beijing Tibet Nepal tour largely depends on the situation of Tibet, since it lies on the Qinghai-Tibet Plateau with unique climate and terrain. Usually, the best time to travel to Tibet is from April to June and September to October. During this time, the weather is warm and the temperature is not so cold as winter.

Summer in Tibet is provided with a great chance to see the finest scenery, but the heavy rainfalls during this time will cause obstacles in some mountainous regions, like landslides or mudslides. Especially, if you are going to trek in Tibet, like hiking to Everest Base Camp, you are suggested to go in autumn instead of the summer season.

In terms of people flow and consumption, July to September and early October are generally the peak season for tourism in China and Tibet. During this time, the travel cost will be much higher due to the price rise of flight tickets, hotels and other related expenses. On the contrary, the winter season from November and February is the most economical season for travel.

The main influencing factors during this period are low oxygen content, and surrounding roads may be blocked due to snowfall, and some scenic spots cannot be accessed. However, from the perspective of the landscape, winter is the season with the highest visibility, allowing tourists to see the most spectacular sight of peak view in Tibet.

1. All foreigners travelling to Tibet should join an organized tour with a local guide, so make your plan in advance and find an authorized local travel agency that can offer one-package services of permit application, tour arrangement, transportation and hotels etc.

2. It is suggested to book your train ticket at least 30 days in advance, for the tickets are always scarce as to the huge demand, especially during the peak season of summer vocation and national holiday in China.

4. Compared to other low-elevation areas, Tibet is relatively cold for the most time of the year, and temperature also varies widely from day to night. It is advised to bring more warm clothes, even when you travel in summer.

5. During the first two days after your arrival in Lhasa, do not rush around and take physical work in case you will suffer from severe altitude sickness. Also it is suggested to avoid drinking alcohol and smoking, as well as taking towers. Until you have well adapted to high altitude in Lhasa, you can ascend to other higher places in Tibet.

0 Comment ON "Beijing to Kathmandu Train: How to Get to Kathmandu from Beijing and Plan a Beijing Tibet Nepal Tour?"